After the disappointment of his last appearance against Wales in March, Tadhg Beirne is hoping for better fortune at the Principality Stadium in Cardiff this afternoon (kick-off 2.30pm).

Following appearances off the bench in Ireland’s warm-up games against Italy and England, Beirne has been selected to start in the back row alongside Munster compatriot Peter O’Mahony, the team captain this week, and Jack Conan.

Joe Schmidt is set to finalise his 31-man selection for the Rugby World Cup at the beginning of next week – making today’s Test an ideal opportunity for the Eadestown native to stake his claim.

Beirne, the former Scarlets favourite, was in line to make his Six Nations debut prior to that final round clash with Wales, only for injury to ultimately curtail his 2019 Championship campaign.

“It’s just unfortunate timing, isn’t it? There’s never a good time to get injured, because there’s always something you want to be involved in coming up,” he said. “Unfortunately for me, it was the Six Nations. Obviously going into the Six Nations, some of the other second rows were carrying knocks too.

“There probably was potential for me to get an opportunity, but it wasn’t to be. That was just the way it was. You just focus on getting back fit then after that. I was back in for the Italy week and I got my opportunity against Wales, but it obviously didn’t go too well on the day.

“I’m looking at getting another really good opportunity this weekend against Wales again (in Cardiff). Fingers crossed it might go a bit better this time around.”

Despite primarily being used as a lock during his debut season with Munster, Beirne will get another chance to prove his versatility to Schmidt in what will be Warren Gatland’s final home game in charge of Wales.

The 27-year-old has become accustomed to sharing second row duties with Jean Kleyn, who made his Ireland debut during the current window, but is more than happy to make himself available for any number of roles within the team.

“I have to be ready for any position. I was on the bench for the back row last week and I was put into lock because I’ve been asked to cover those positions. It’s just about being prepared and knowing my role in all of those positions. Just being comfortable in it. I’m more than happy to play in any of them.

“As long as I’m on the field or in the 23, I’ll put my hand up. You can throw me in at 15, if you want! I’m happy to be in the back row, I’m quite comfortable there. I played a lot there when I was with the Scarlets. I think I only played one game with Munster there last year, but it’s an area I’m quite comfortable with.”

On paper, the Beirne-O’Mahony-Conan triumvirate is an exciting and potentially explosive combination. While he has developed a strong understanding with O’Mahony since returning from a successful stint at the Scarlets, Beirne can count Conan amongst his list of former Leinster team-mates.

“Jack is an incredible player. I played with him coming up through the Leinster Academy. Getting to play with him again is exciting and obviously Pete, who I’ve played alongside the last year. I know what he can bring and the leadership he brings as well. To get an opportunity to play with those lads, it’s pretty exciting.” 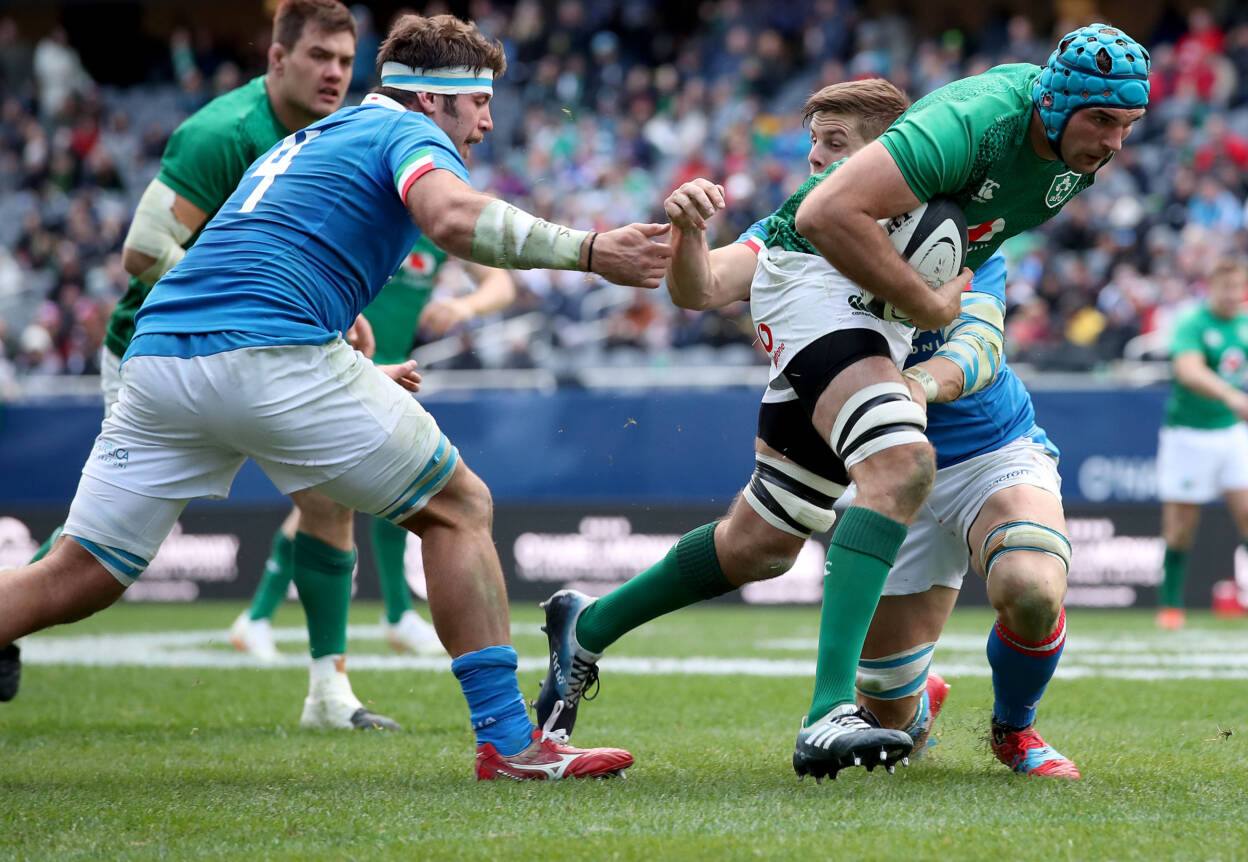 Beirne’s selection at blindside flanker means O’Mahony will get a chance to showcase his own flexibility on the openside. The Kildare man has also filled this position, as well as the number 8 role occupied by Conan for today’s visit to the Welsh capital.

One of the most notable features of Beirne’s game has been his work at the breakdown, and with Schmidt placing a major emphasis on this aspect of the game, it is no surprise that he has been presented with this chance to showcase his back row talents.

Yet, rather than taking on the responsibility of an openside in general play, Beirne is keen to keep within the defensive structures devised by Schmidt and Ireland’s soon-to-be head coach Andy Farrell.

“You don’t want to go out of the defensive system and just start chasing rucks, because there’s no point in that. It’s just going to cause holes in other areas of the field,” he admitted.

“If the opportunity presents itself right in front of me, I’ll certainly have a crack at the ball. Otherwise, I’ll just be staying in the defensive system and just looking to fit in that way.”