Following the setback of missing the Six Nations Championship through injury, Ulster’s Will Addison is ready to seize his chance against Wales at the Principality Stadium in Cardiff on Saturday (kick-off 2.30pm).

For Ireland’s third warm-up match ahead of the fast-approaching Rugby World Cup in Japan, Addison has been selected at full-back with his provincial colleague Jacob Stockdale and Munster’s Andrew Conway stationed on either wing.

The 27-year-old former Sale Shark will add to the three caps he accumulated during last November’s GUINNESS Series and, in the process, leave his injury woes firmly in the background.

“You’re always looking for an opportunity, but we’ve got a great squad and a great team here,” said Addison, speaking at the team base in Carton House. “It’s always a thrill to be a part of that and unfortunately it didn’t happen for me in the Six Nations, having had an injury. I’m fortunate enough to be in the position that I’m in now.

“You have bumps in the road with your injuries. You have your dark days where you think you’re not going to quite make it. I’ve got a great supporting network in my family and friends and in Ulster. Once I got on the right track for my injury, I felt like I could get back in the frame. Fortunately had that opportunity back in May-June time. Since then, I’ve really enjoyed being back in camp.”

It has been a long road back to full fitness for Addison, who hurt his back during a pre-Six Nations training camp in Portugal. He subsequently underwent surgery in April and achieved his desired target of being available in time for pre-season. 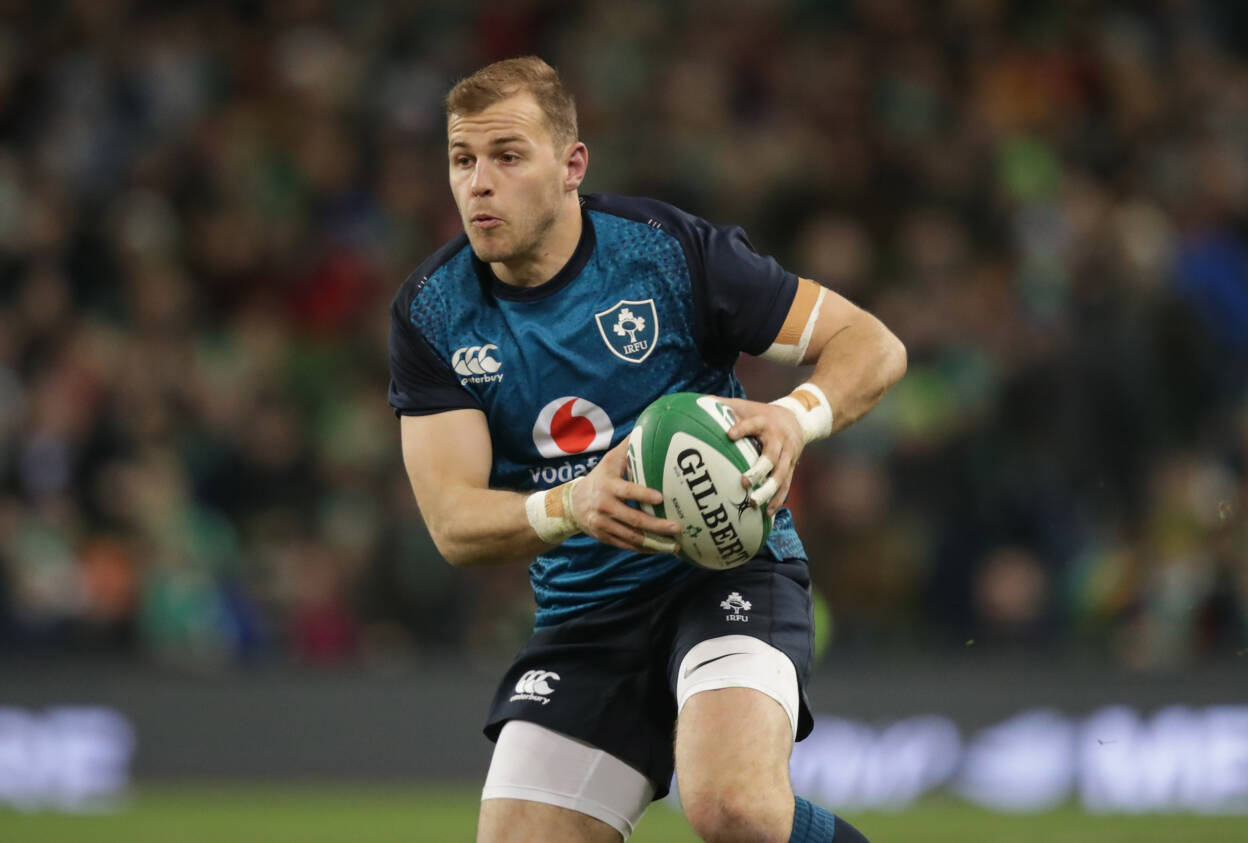 Fortunately, he had enough credit in the bank from his Ulster and Ireland performances so far to ensure it was the national set-up he joined up with – rather than remaining with his provincial side at Kingspan Stadium. In order to reach this stage, he had to work in unison with the medical staff at both Ulster and the IRFU.

“I don’t know you can ever say you’re match ready at the start of pre-season. I’m looking forward to the opportunity at the weekend to just take a step in the right direction. I had great support from the medical team up at Ulster and down here (with Ireland) as well. We worked really hard to get myself right for the start of pre-season.

“We missed the first window, but we worked really hard again and I got the opportunity to come into camp in the Galway week. Since then, it has been smooth sailing really in terms of my injury. Feeling like I’m getting up to speed now.”

While Addison was not involved in last Saturday’s game against England, he fully appreciates the frustration felt by those who featured in the matchday 23. He is hoping the combination of players looking to grasp an opportunity, and those aiming to make amends for their individual displays against Eddie Jones’ men, will be the launchpad for a return to winning ways in Cardiff.

You look at it (the 57-15 defeat to England), you park it and you move on. You see what’s next and you turn that negative into a positive pretty quickly. It becomes an opportunity for other people and it becomes a chance at redemption for others. I think the collective is just focused on one thing and that’s getting a positive result out of the weekend.

“I think that’s just raised the level of intensity in training, that guys are hurting from that and want to make training as intense as possible to prepare as well for this weekend. Because you just don’t know when the next opportunity will knock.”

In the build-up to the World Cup, Joe Schmidt has spoken at length about the need for versatility and flexibility within the squad. Addison is one such player who fits perfectly into this bracket.

Having played at outside centre last autumn, he now gets a chance to shine at full-back. Rather than wishing to specialise in one position, Addison has always been open to filling different roles within all the teams he has played for. 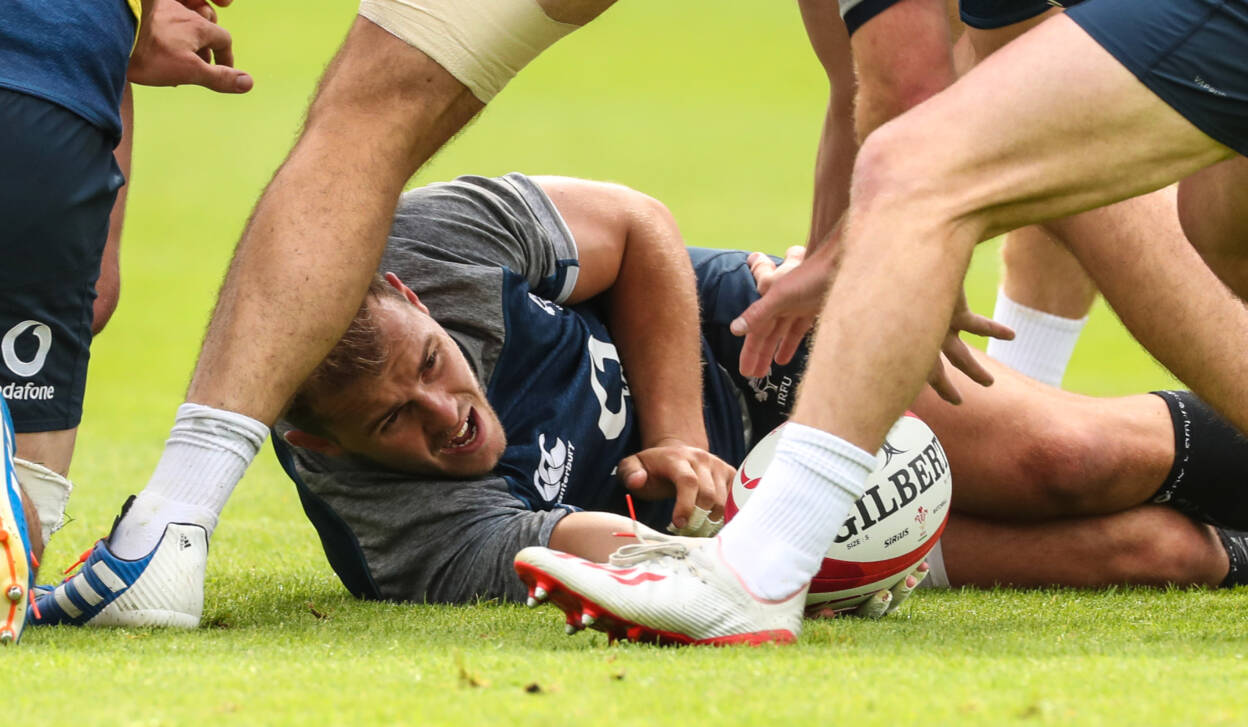 Indeed, with no specialist out-half named among the replacements for Cardiff, there is a possibility he may not be restricted to the back-three on Saturday either.

“There’s a couple of guys who like to play-make in our back line. I think it’s something we’ve done really well over the last 12 months, guys have stepped in at 12, 10, wherever across the back-line. Like Jordan Larmour, he’s done brilliantly there as a second receiver. I’m sure there’s other guys. I’ve done it in the past at Sale and I’ve done it at Ulster, just the odd bit there.

“At the moment for me, it’s not about specialising. It’s about enjoying any opportunity I get in whatever position it is. Using that experience as a positive, whether it impacts on another position further down the line. I just enjoy whatever is thrown at me,” he added.