Versatile prop Andrew Porter believes a succession of compounded errors was at the root of Ireland’s problems against England at Twickenham last Saturday afternoon.

Tries in either half from Jordan Larmour and Bundee Aki were brief highlights as Joe Schmidt’s charges suffered a heavy defeat to England who dotted down eight times over the course of the Rugby World Cup warm-up contest.

Porter recently enjoyed a brief cameo at loosehead prop in a convincing home victory over Italy, but deputised for Leinster team-mate Tadhg Furlong as a replacement tighthead in London as Ireland struggled to maintain Eddie Jones’ men.

The St. Andrew’s College alum feels a solid opening quarter proved there was no issue with their mindset on the day – although he did acknowledge that a degree of rustiness could have been a contributing factor in the eventual 57-15 reversal.

“Going into the game, the mindset was there,” insisted Porter. “The emotion, obviously it’s a huge game, Ireland versus England. The first 20 minutes was fairly close, it was 8-7 after the first 20. I think it was more so errors and then compounded errors on top of more errors. I think it’s just that.

Obviously for a few lads it was their first game back, whether or not it was rustiness or something like that. It’s something we’ll really be trying to move on from now. You take your learnings from it, but you can’t really be drawing on it too much.

“There’s another big game coming up this weekend. In terms of mindset, I think it was more so small errors and then not being able to move on from those. If you keep making errors, you can’t really come back from it.” 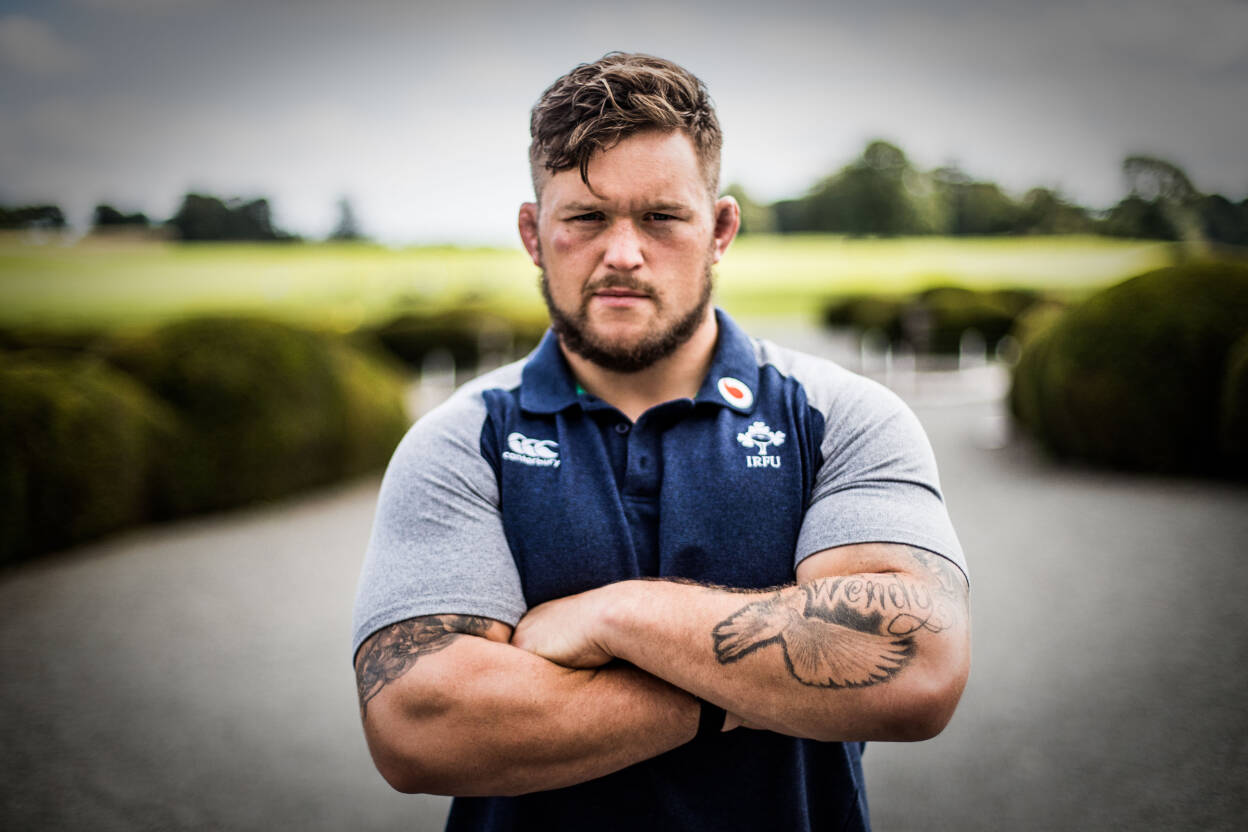 While Schmidt and his coaching team will be looking to get the squad ready for back-to-back encounters with Wales – the first of those takes place at the Principality Stadium in Cardiff this Saturday – Porter is adamant the players need to take ownership when it comes to delivering performances on match days.

“There’s only so much the coaches can do. A lot of it would be player-led in terms of getting your mind right for the game. We have certain sessions where the coaches would encourage us to do our visualisation before. Even off the pitch and stuff like that. It would be mainly down to the players in that sense.”

Rather than spending too much time reflecting on what went wrong in the England, Porter is looking forward to the possibility of securing a 17th international cap against Wales in what will be Warren Gatland’s final home game in charge of the Welsh.

Following a difficult review session at the beginning of the week in Carton House, the 23-year-old front rower is focused on helping the side to rediscover their best form in Cardiff.

“Obviously, the review wasn’t very pretty on the Monday morning but that’s the thing about professional rugby. You can’t really take a defeat like that and let it affect in you in the long run. That’s the thing. We obviously looked at the review and stuff but there’s obviously another big challenge ahead this week and we have to look forward to that.

“We can’t really dwell too much on the past and we have to look at what we can do. We know what we can do, we’ve seen it in the past. We know the great things we can do, those are the things we’ll be trying to bring into this game at the weekend.” 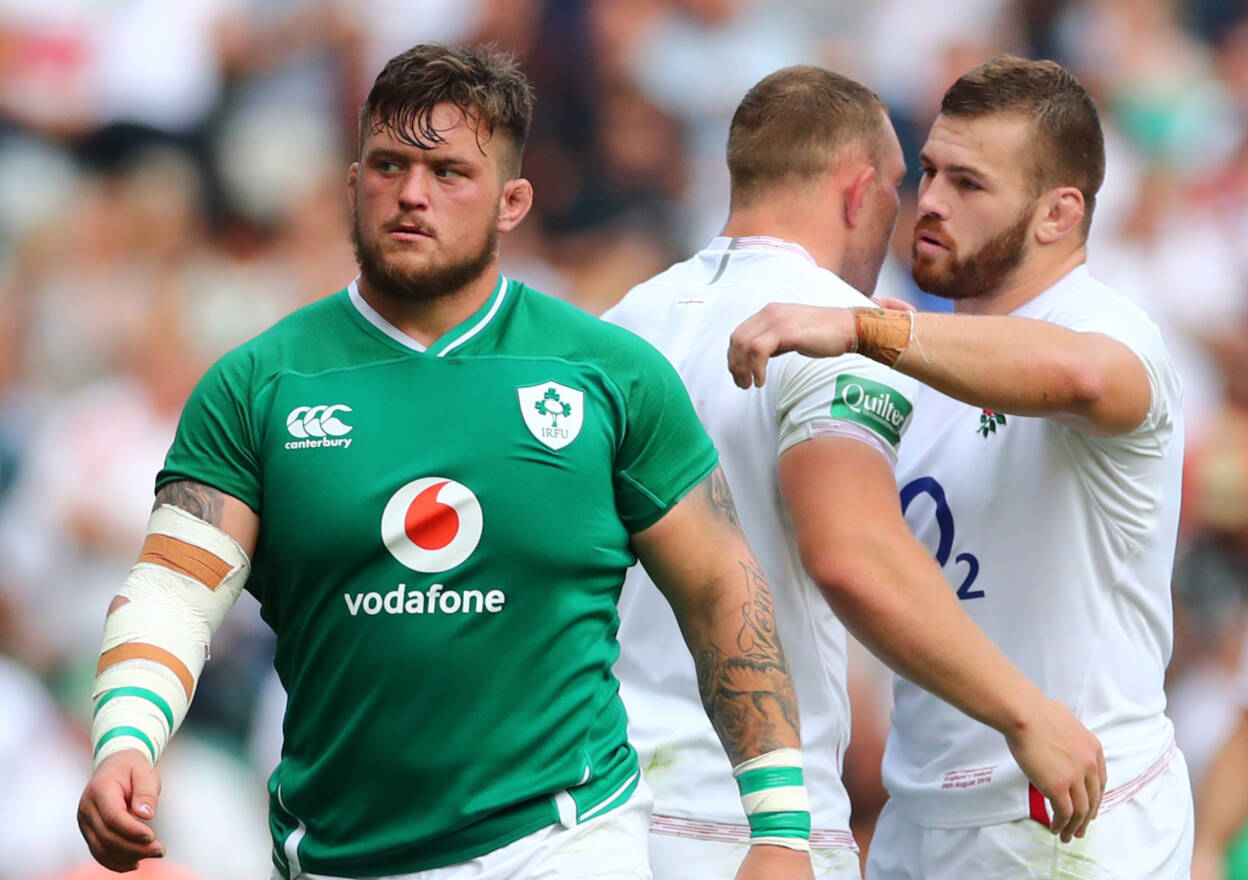 Given it is just over three weeks until Ireland get their Rugby World Cup campaign up and running, the time is nigh for Porter and his team-mates to put their respective hands up for selection. With the squad for the tournament set to be finalised next week, he recognises the importance of grabbing each opportunity that comes his way.

“Obviously there is no good time for what happened last weekend to happen but sure, it’s better to happen now than in a few weeks in Japan. It will be great this weekend to get that momentum going, we’ll obviously try to push on from last week anyway and put out our best performance.

“I think it’s really important to do that in terms of getting momentum going into the World Cup. I think if we can put a marker down this weekend it would be really good when we get to Japan and especially before we play Wales again in two weeks’ time,” he added.