Fresh from making his Ireland debut, Mike Haley is pictured with his baby son Frank at the Aviva Stadium ©INPHO/Dan Sheridan

Mike Haley was in a buoyant mood after making his international debut as a second half replacement during Ireland’s 29-10 win over Italy at the Aviva Stadium on Saturday.

Haley came on for his Munster team-mate Andrew Conway in the final quarter of the GUINNESS Summer Series opener. It was a special occasion for the 25-year-old, with a number of his close family in attendance on the day.

“When you’re making your debut off the bench, you actually don’t know what circumstance it’s going to come under,” admitted Haley afterwards. “It was great to be able get around 20 minutes out onto the field. Have a run around after some long weeks and hard running. It was great.

“It was on Monday morning I found out that I was going to be on the bench. Then it was more just preparing this, that and the other. Obviously it’s very special to be able to make your debut. I was ringing around the family, seeing who could come over. Obviously my partner and baby were here for the game, so it was really special.”

Since joining from Sale Sharks in the summer of 2018, Haley has become a regular in Johann van Graan’s Munster team. He made 26 appearances across the Heineken Champions Cup and GUINNESS PRO14 last season, all of them proving to be starts at full-back.

Asked about the different dynamic of starting on the bench, the Preston-born back agreed: “It’s a little bit different. You almost have to take it as it comes. You can’t be raring to go at kick-off, because you’ll burn yourself out by the time you might get onto the field.

“You bide your time, prepare at the edges warming up. It’s some thrill when you get your card and your name called. Up onto the edge of the pitch and off you go. It was great. It’s a team game and at the end of the day, Ireland’s one of the best teams in the world. I’d probably be more detrimental to myself if I went out there and tried to do some individual genius.

“Whereas if I actually slot into what the team does and the team philosophy, that would be better for me. That was just the key for it. I didn’t want to overthink anything. I just wanted to go out there and do what comes naturally to me. Just try and enjoy the game.”

While they got the job done courtesy of tries from Joey Carbery, Dave Kearney, man-of-the-match Conway, Jordi Murphy and replacement Kieran Marmion, there was still a degree of rustiness about Ireland’s overall performance in their season opener. 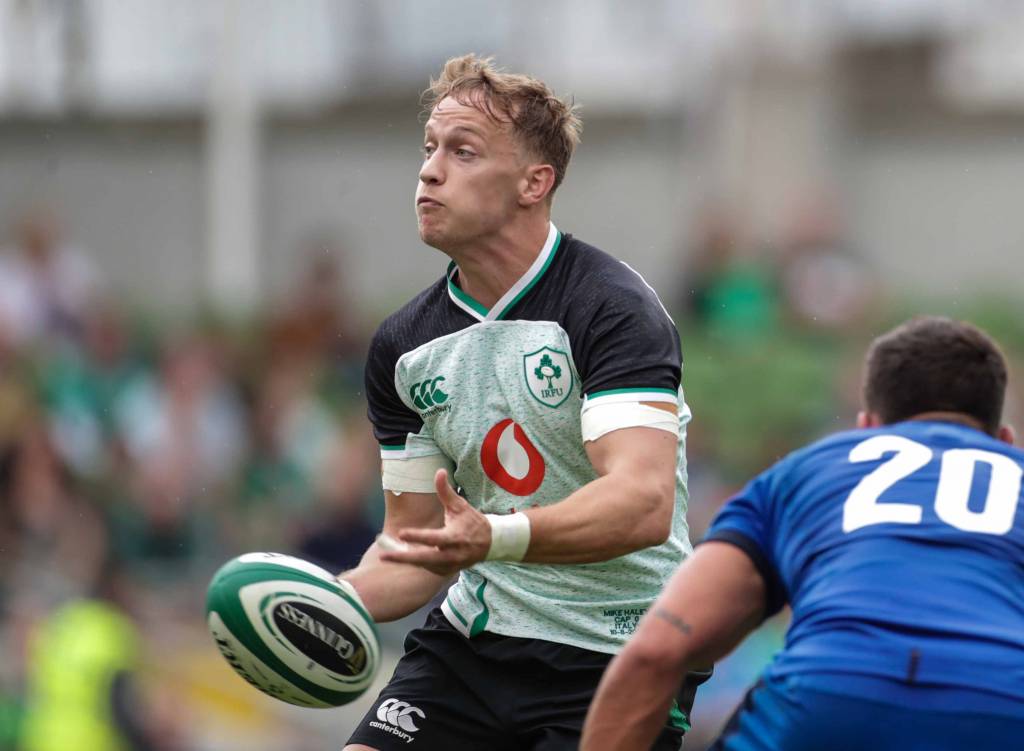 Pointing to the influence of an extended pre-season and the approach Italy brought to the game, Haley explained: “It’s been a number of weeks since a lot of lads have played a game. There’s been a lot of hard training weeks. I think a lot of lads were happy to be out there and playing around. There’s always going to be mistakes.

With his maternal grandmother a native of Tralee, Co. Kerry, once the opportunity to join Munster arose, Haley did not have a moment’s hesitation – particularly with the move across the Irish Sea putting him in the frame for a call-up to the national squad.

“My Grandma has been drilling it into me every now and then! It came up when I was coming up out of contract (at Sale). I’d spoken to Munster a few times over the years and I kinda kept tabs with Joe (Schmidt),” said the back-three specialist.

“The opportunity came first to come to a province like Munster – that doesn’t come around all the time. I jumped at that and it was very much ‘go out and play and we’ll see what happens on the international scene’. I’m just taking it week by week. Sticking as long as I can.” 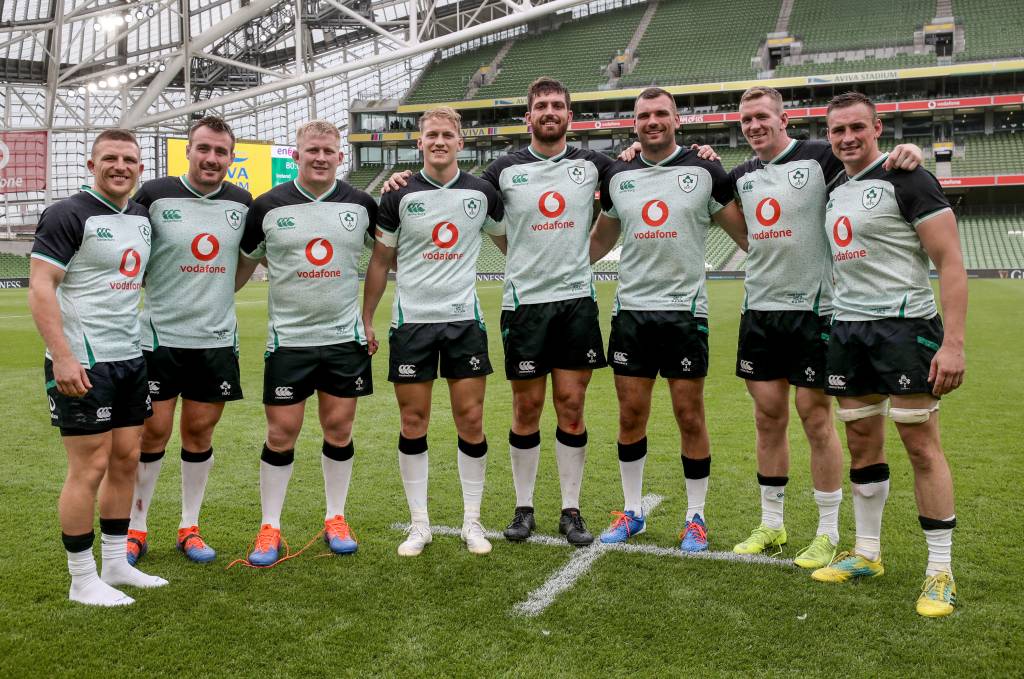 For Haley, a ‘week-by-week’ mantra has served him well since he was called into the 44-man training camp for the Rugby World Cup back in May. Given how ferocious the competition for places can be, and also the fact that this international career has only just begun, it is the wisest approach to adopt.

“You’ve got to be a little bit realistic about it. I’ve come into this with zero caps and now I’ve one cap. I can’t be expecting to go so far. I need to be short-minded and short-visioned that I’m going to do this for this week and then reset on Sunday and away you go again.

“That’s just my mentality. I don’t want to look too far into the future. I just want to enjoy what I’m doing at the time. That’s the first cap out of the way. I’ve got a bit of a taste for it now and I want to get some more,” he added.