Following an injury-enforced spell away from the Ireland set-up, Leinster scrum half Luke McGrath is hoping this Saturday’s Test against Italy at the Aviva Stadium can boost his chances of making Joe Schmidt’s final squad for the Rugby World Cup in Japan.

Due to a knee injury sustained in Heineken Champions Cup action in January, McGrath was sidelined for Ireland’s Six Nations campaign. As a result, he has not featured in green since appearing as a replacement during last November’s emphatic Guinness Series victory over the USA.

Interestingly, the Dubliner’s last start for Ireland was also against Italy – the two nations having met at Soldier Field in Chicago three weeks before the American game. Obviously eager to feature against Italy in this weekend’s opening warm-up game, he knows what he needs to do to enhance his World Cup prospects.

Speaking at the team base in Carton House yesterday, McGrath said: “I was very disappointed to miss the Six Nations. It’s a great opportunity now, if I get selected to play this week. I speak on behalf of the whole squad, everyone really wants to play in the first game. It’s exciting times.

“(I’ll) just put my hand up. In attack, keep the game flowing. Keep pace on the ball. In defence, just slot into the line when I need to. Good kicking game. Not just be solid, but you have to show what you can do. If you’re in different positions, different scenarios, just keep a calm head. It is our first game of the season as well, so there will be mistakes.

“It’s important, as a collective, that we stick to the game-plan and hopefully that will be good enough. You set yourself little goals going into the game and it’s just depending on how you perform. It’s a huge opportunity, but it’s also the first game of the season, so you have to be patient as well. We’ve spoken about that as a team.” 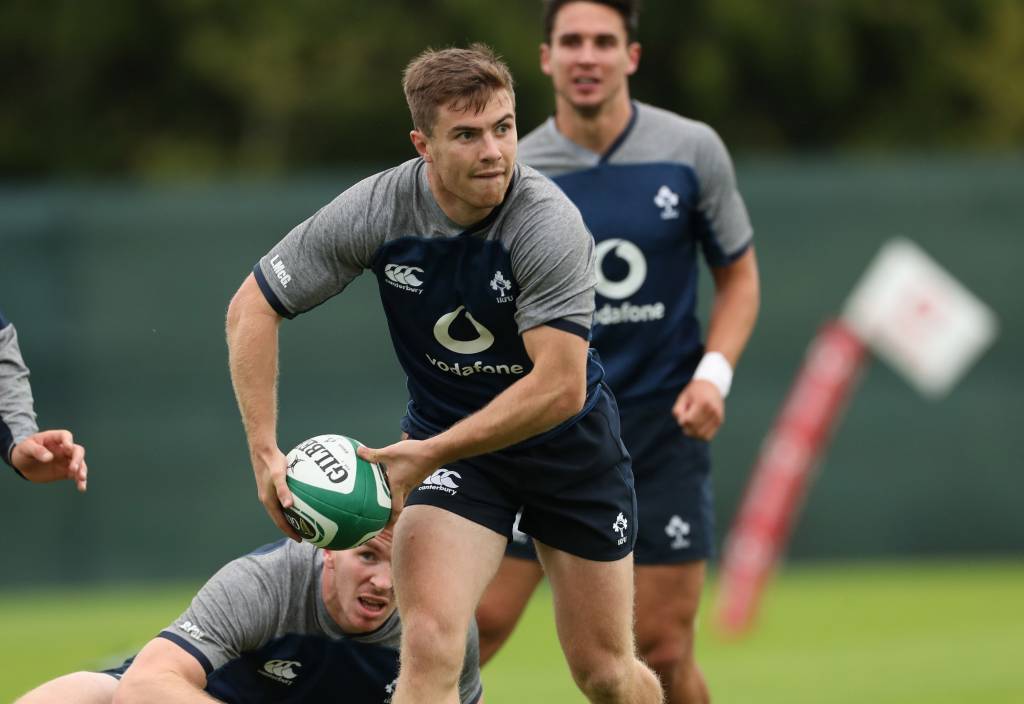 As things stand, 43 players are vying for the 31 available spots on the plane to Japan. Munster centre Rory Scannell and Connacht lock Ultan Dillane were released back to their respective provinces at the beginning of the week, with the competition for places continuing to ramp up as the Pool A opener against Scotland on Sunday, September 22 draws ever closer.

This is something McGrath is acutely aware of, and while the prospect of picking up an injury can creep into the mind-set of a player, the 26-year-old half-back believes this is no time to be holding back.

“It was obviously very difficult for the lads and the harsh reality is that only 31 can go to Japan. These upcoming games are opportunities for us all. It’s a time for all of us to put our hand up and see how we go. It was tough for the two lads, but it’s going to be tough for more lads leaving throughout the next few weeks. It’s just important to put your hand up if you can.

“It’s a Test match (against Italy). I think everyone will be going in 100%. They definitely will, in fact. Obviously injuries do happen. There will be people that will be flown out throughout the campaign, so everyone has to be ready. I think everyone is just looking forward to getting into rugby. We’ve done all the physical training and lads are just looking to go in 100%.”

It will be a busy lead-in to the Rugby World Cup for Ireland, with a Twickenham encounter with England on August 24 followed swiftly by back-to-back meetings with 2019 Gland Slam winners Wales on successive weekends. Click here to buy tickets for Ireland v Italy at the Aviva Stadium this Saturday (kick-off 2pm).

Despite the bigger picture in place, Ireland will be keen to banish memories of some disappointing Six Nations days – their 2019 Championship was book-ended by defeats to England and eventual champions Wales. In between, they were made to work very hard for a 26-16 victory over the Azzurri at Stadio Olimpico in Rome.

Conor O’Shea’s men also put it up to Scotland, Wales and France over the course of the tournament, and McGrath is expecting an attritional contest when the sides meet at the home of Irish Rugby on Saturday afternoon.

“That’s what they’ve been working on for the last few weeks. The last time we played them over there, we look back at that game and we were pretty inaccurate. We didn’t really hold onto the ball that well and they punished us. We’ll be looking to improve on that performance, but it’ll be a great match on Saturday. We’re all looking forward to it.”