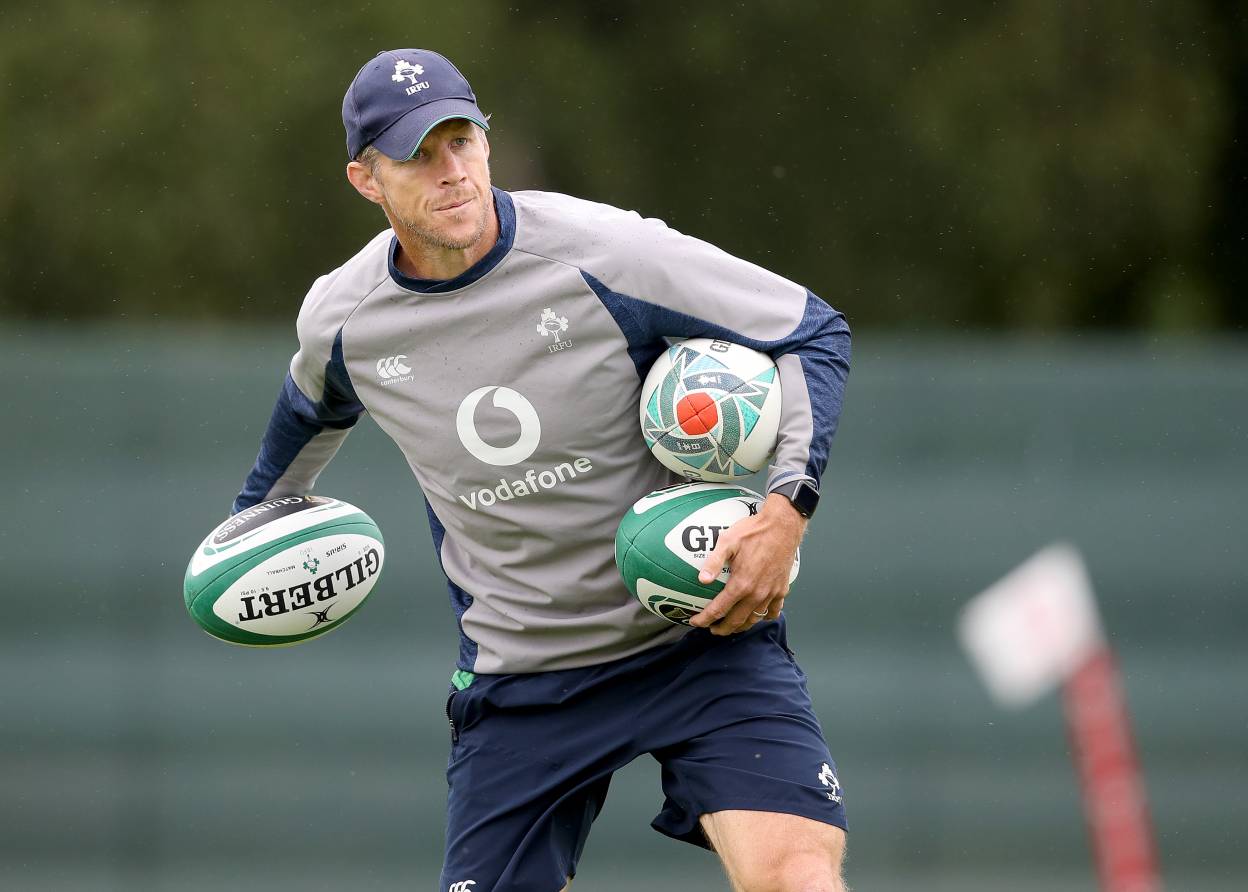 There was ‘an edge’ to the scrummaging in Fukuoka today according to Ireland forwards coach Simon Easterby, who described it as a ‘tasty session’.

Joe Schmidt’s men are preparing for their final Rugby World Cup Pool A clash with Samoa on Saturday, against the backdrop of a possible typhoon, and the former Ireland captain stressed that the team need to be prepared for a difficult encounter regardless of the conditions. Easterby said:

There’s a real good competitive nature in this group. Scrum session today was tasty. There was a little bit going on in there. That’s what you want.

“We have to play at a level where we can beat teams physically. We haven’t done that every week. This week feels different. Yesterday and today training has been good. There’s been a real edge.”