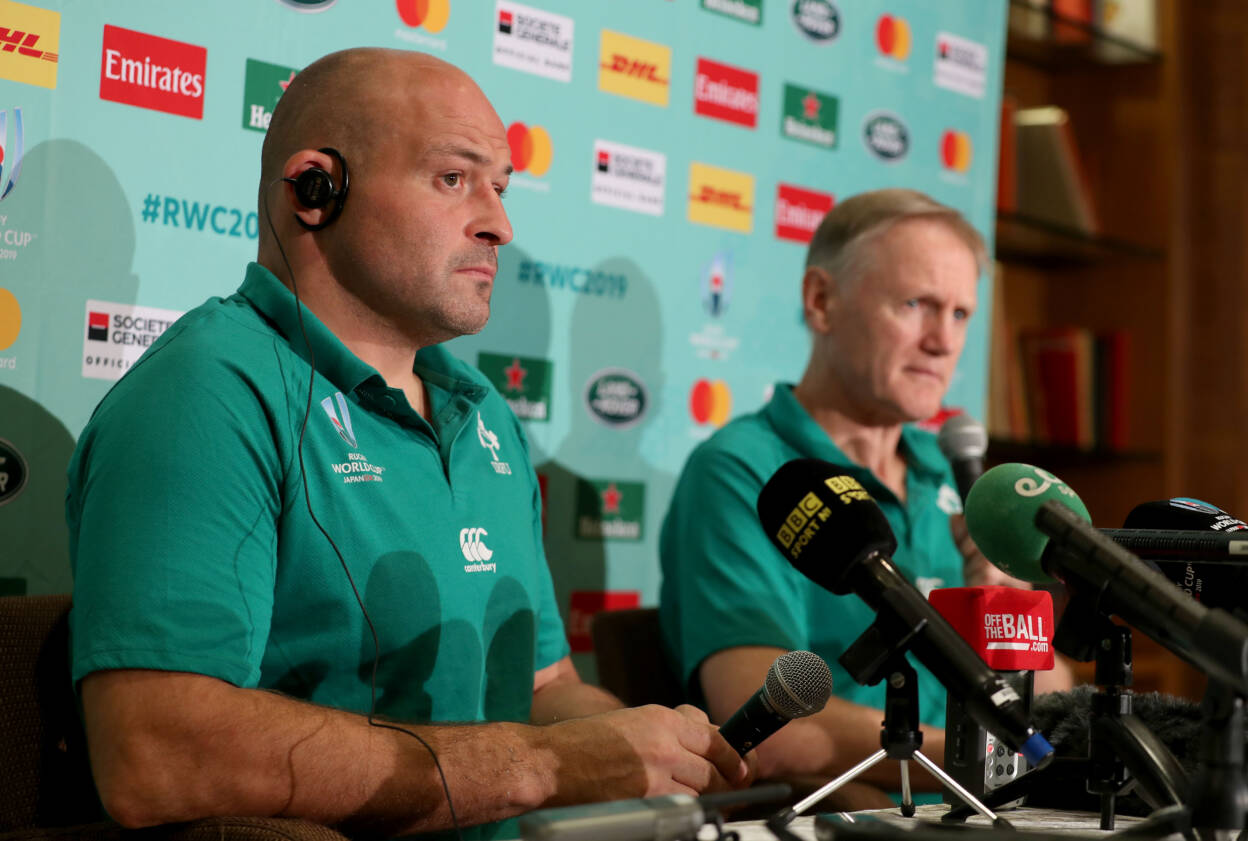 The Ireland team to play Samoa, the impact of Typhoon Hagibis on the tournament, and keeping our focus on our performance. Head coach Joe Schmidt and captain Rory Best had plenty to talk about at the press conference in Fukuoka.

World Rugby and the Japan Rugby 2019 Organising Committee have announced an update regarding the predicted impact of the typhoon on this weekend’s pool matches. This includes the cancellation of two games on safety grounds – New Zealand v Italy and England v France.

Schmidt commented: “We’re not really having too many conversations with World Rugby. We had a few earlier in the week because at one stage the typhoon pattern was somewhat different from what it is now. But, for us, it’s just business as usual.

We can’t control what happens with the Japan-Scotland game, so on Saturday it’s up to us to get our business done as best we can. Yep, there is (a distraction). There was a lot of talk among the players post-training today when we found out. Players are going to talk about that because it’s newsworthy and influential once games are being cancelled.

“But we’ve just got to make sure our game gets finished with the right result for us – and I’m sure Samoa are going out to make that as difficult for us as possible. It wasn’t an issue at training, so we’ll get out at the Captain’s Run tomorrow and hopefully we’ll be on task. Once you get to the ground and you know the immediacy of the match, it tends to be able to focus on the mind.”

Best added: “There were aspects of the Russia game that we produced that we can take confidence from. The bits we did well were very typical of us. The bits we didn’t do well, we actually had set them up or we didn’t follow through with some of the fundamentals that we do really well when we’re on top of our game.

“When you look at that, you take confidence you’re in a good place, but you just need to execute better.”