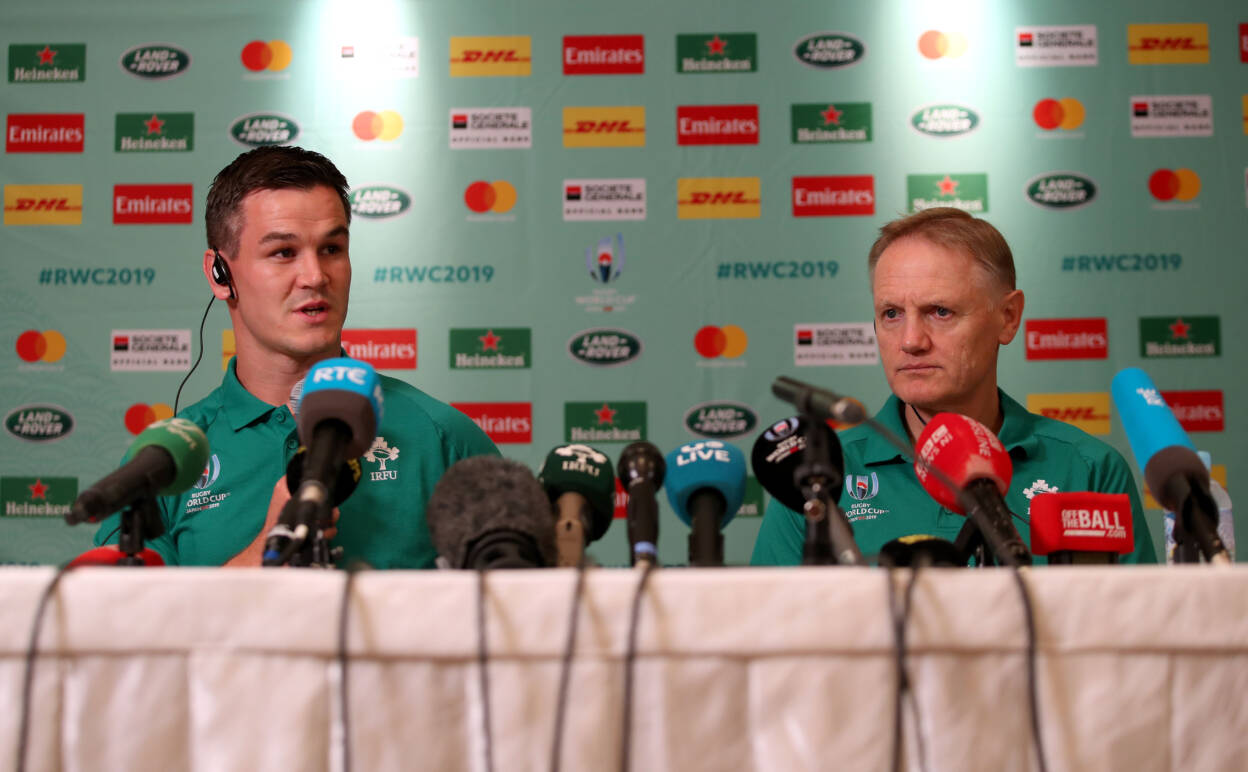 Ireland head coach Joe Schmidt and Jonathan Sexton, who will captain the team against Russia, were at the team announcement press conference in Kobe this morning.

It is something I have thought about since I was a kid, something I’ve made decisions around trying to get there one day. It has taken a while but it was worth the wait and I want to be a captain who delivers a good performance and a good World Cup win – that’s my main focus.”

Asked about the changes to the team and the push for a bonus point win, Schmidt commented:

We have some guys who are very keen to be involved and they’ll get a chance (against Russia) on Thursday. We have to stay around our performance-oriented goals. If we don’t focus on those, we won’t put things on the scoreboard.”