Joe Schmidt praised the quality of performance produced by Rugby World Cup hosts Japan as they came from nine points down to stun Ireland with a 19-12 defeat in Shizuoka.

There were emotional scenes both on and off the pitch as the Brave Blossoms followed through on their promise to shock the world. Replacement Kenki Fukuoka’s 58th-minute try was coolly converted by out-half Yu Tamura who also landed four of his six penalty attempts for a 14-point haul.

Speaking at the post-match press conference, the Ireland head coach said: “I’d like to first of all congratulate the Japanese team for the energy, the intensity, the skill they brought to the game tonight. They are a big team, they played big and they were very difficult to contain.

“I felt we probably controlled the first quarter reasonably well, to go 12-3 up with two tries scored. It’s probably exactly what we’d asked for but the longer the game went the more oxygen Japan got from penalties and from the skill that they showed and you’ve got to commend them for that.

“It’s not the first time we’ve seen them do it. It’s not a surprise to us that they were incredibly tough to beat. The quality even of Michael Leitch coming off the bench – I thought he really added value. (Out-half) Tamura and (Timothy) Lafaele in the centre, I thought they got a bit of an armchair ride.

“The strength of the team will be how they respond and rebound from this. A six-day turnaround was a little bit tough and we’ve got a five-day turnaround now into the Russian game in Kobe on Thursday. So that will be another challenge for us.” 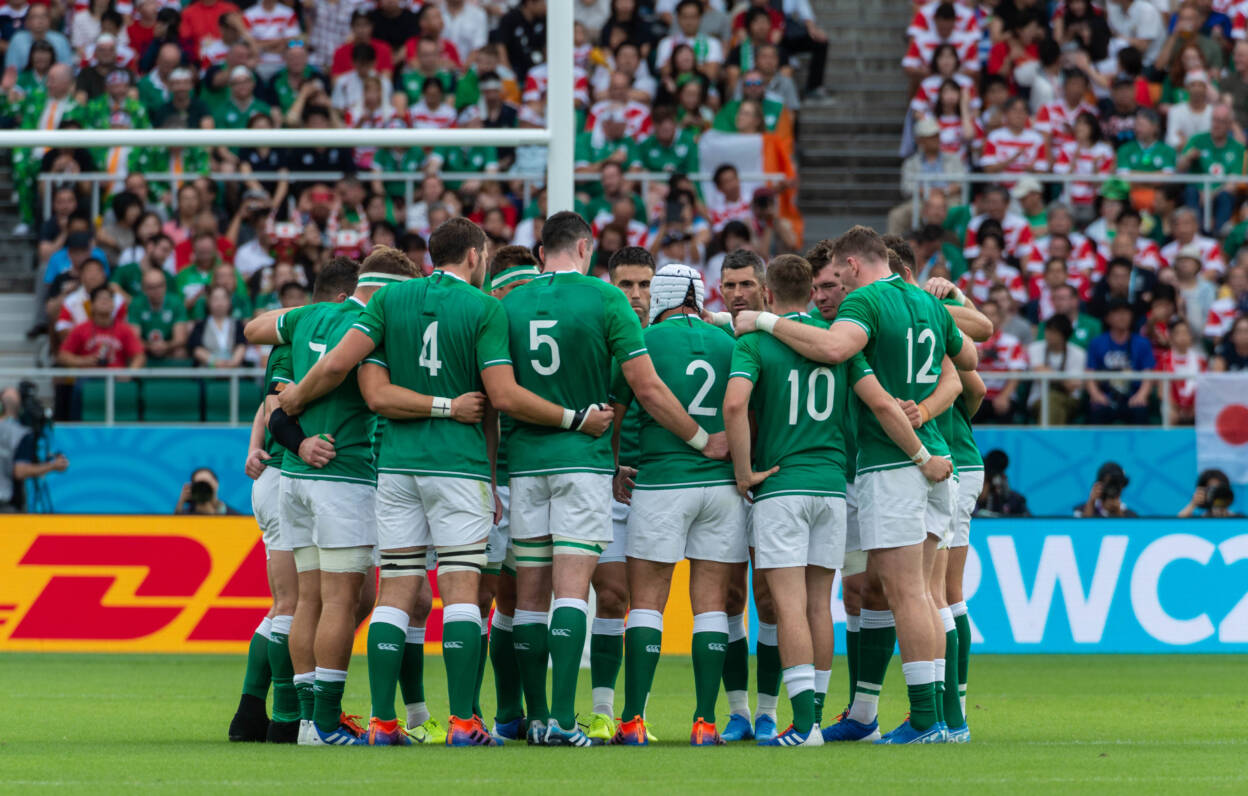 Ireland got off to a bright start, gaining ground with some smart offloading and posing a threat in the air from Jack Carty’s kicks. One such delivery from the Connacht star set up Garry Ringrose for an opening try, and there were 20 minutes on the clock when Carty rose to tap back his own chip kick for Rob Kearney to touch down.

Asked about playing a more open style and the team throwing a total of seven offloads, making seven line-breaks and beating 13 defenders, Schmidt admitted: “We didn’t go out with an explicit idea of playing any differently from the way we would normally play. The way we started the game is the way we play the game.

“I think we got two lineouts in the second half. We didn’t get too many platforms to play from and the Japanese kept the ball for very long periods. To have scored two tries in the first quarter and not to add to that is incredibly, incredibly disappointing. We’ve got to be better at what we’re doing and we’ve got to demonstrate that in five days’ time.” 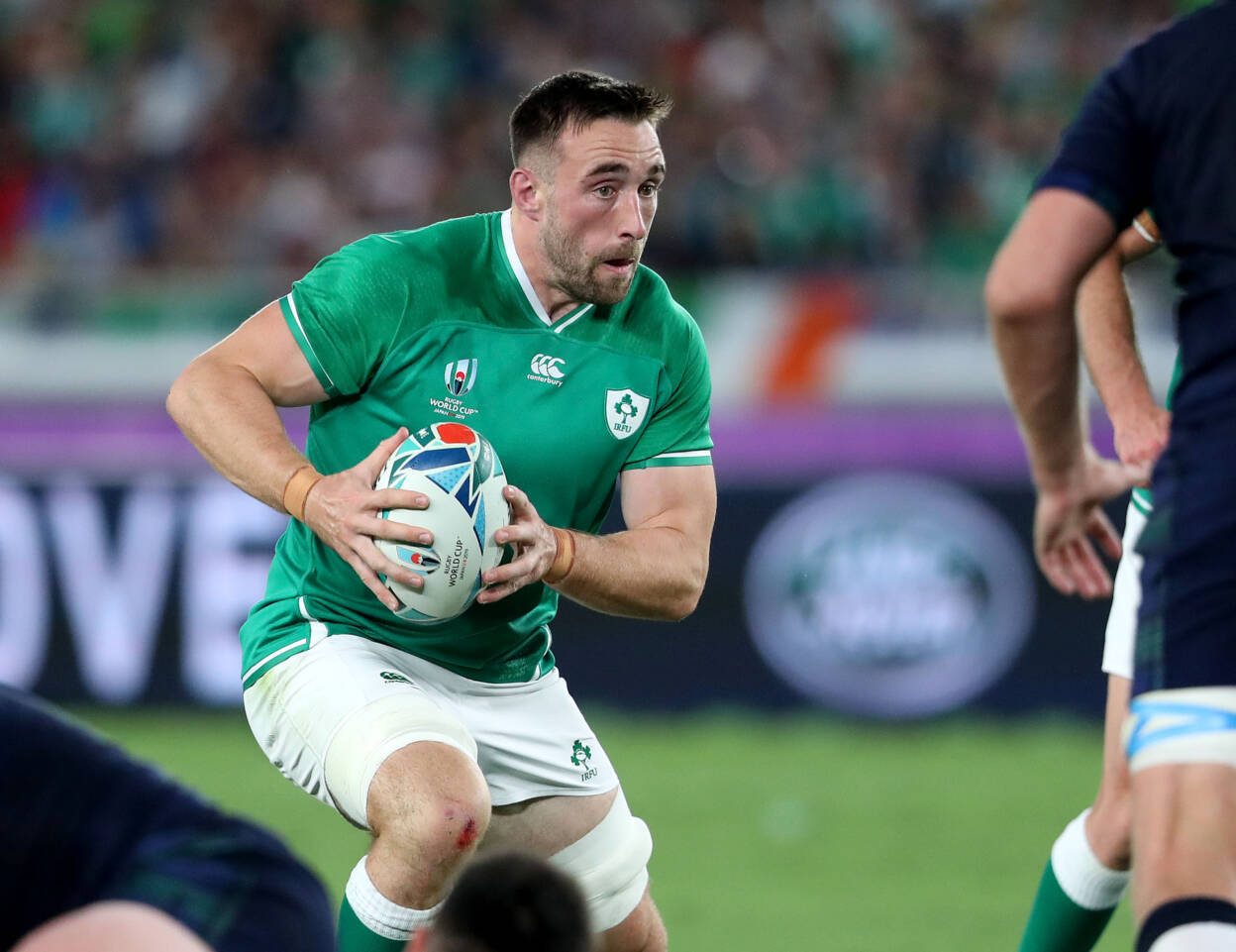 Schmidt unfortunately confirmed that Jack Conan’s World Cup is over after he fractured his foot at training in the build-up to the Japan game. The Leinster number 8 will return home to Ireland tomorrow, with Ulster back rower Jordi Murphy called up to replace him.

Try scorer Kearney had to come off 12 minutes from the end, prompting Luke McGrath to enter the fray as a makeshift winger with Jacob Stockdale moving to full-back. “Rob had got a decent shiner but he’s feeling okay now,” explained Schmidt. “He failed his head injury assessment, as far as I know. If he doesn’t pass his HIA two and three, he will be a confirmed concussion and that will rule him out of the Russian game.”

With some querying Joey Carbery’s decision to kick the ball dead after Ireland had possession near their own line past the 80-minute mark, the losing bonus point, which owed much to Keith Earls’ chasing down to deny Fukuoka a late intercept try, could yet prove vital in the final Pool A shake-up.

The New Zealander added: “Potentially the bonus point could be very important. It means that we’ve got six points from our pool from two games so far, Japan have got nine and Samoa five. You’ve got to finish in the top two so keeping that bonus point allowed us to stay ahead of Samoa in the short term.

“We know that Scotland will be a player and Russia will line us up in five days’ time. Those tight turnarounds are pretty tough-going. We will have to chase a little bit now because we want to stay in with a chance of topping the pool. Certainly we’ve got to get in the top two.” 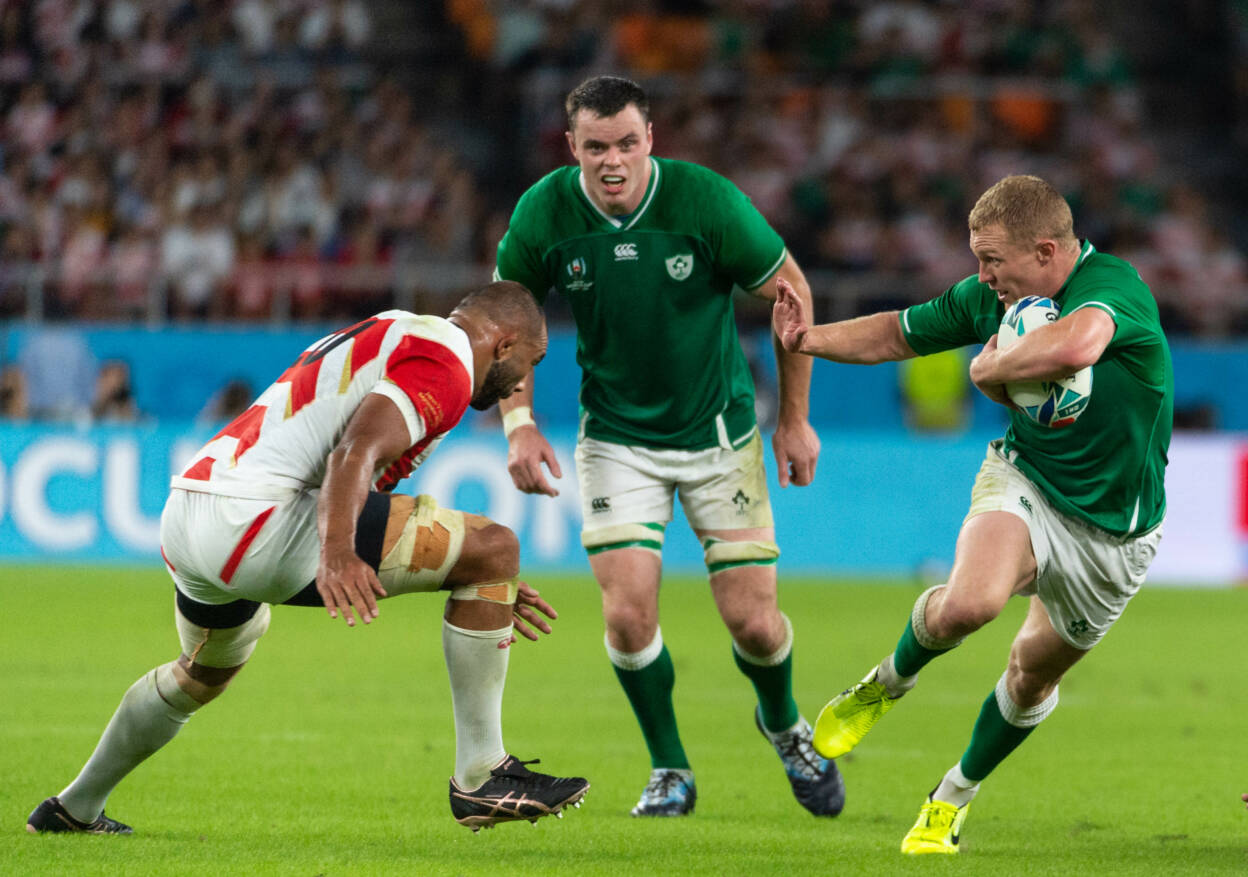 This was Ireland’s first defeat in eight meetings with Japan and their first in 16 Rugby World Cup encounters with tier two opposition. The result maintains their unwanted record of losing every game they have played against World Cup hosts on their home patch – five in all, with their most recent reversal before today coming against France in 2007.

Japan, meanwhile, have accounted for the last two World Cup victories for tier two teams against tier one opponents – they also famously beat South Africa in Brighton four years ago – and Schmidt was always anticipating that Jamie Joseph’s men would raise their performance level in front of a spellbound 47,813-strong home crowd.

“No. I don’t think the Japanese performance exceeded my expectation – unfortunately. We expected them to be as good as they were. We knew they were going to be incredibly tough – and so it proved. They have a very good engine room, with their tight-five forwards. Their back row were very effective.

“Across the board we found them a real handful. Obviously (Kotaro) Matsushima was a danger, (Lomano) Lemeki was a handful and ended up starting, so across the board they have got quality players. They play a quality style of game, they’re very hard to contain. They tend to clean the ruck very, very deep and it allows them to get on to the front foot. That is very, very hard to stop.”

As a wounded Ireland side turn their attention to their recovery ahead of the Russia match and review the Japan game, the nine penalties and 15 turnovers they conceded will certainly gnaw at them. Cutting down on those disciplinary errors in Kobe next week is a must.

“We’ll go back and have a look at it (the number of penalties). I certainly understand the frustrations of some of the players. It’s not too dissimilar from the last time we had this referee (Angus Gardner). We’ll make our comments to the referee body rather than make any public comment.

“We’re doing an open session in Kobe on Tuesday and that will be the only training we’ll have in the lead-up to Russia, who have already proved themselves to be very, very physical, very combative and aggressive.

“They stayed in the (opening) game for a long time against the Japanese. We’re anticipating a very tough game in five days’ time. We’re going to have to dust ourselves off and certainly perform better than we did tonight.”