Rory Best became the fourth oldest try scorer in Rugby World Cup history when he touched down during the first half of Ireland’s 27-3 bonus point win over Scotland in Yokohama.

At 37 years and 37 days, he comes in just behind England’s Nick Easter (2015) and Tonga’s Fakahau Valu (1987), who were both 37, and 40-year-old Uruguayan player Diego Ormaechea (1999). For Best, he was just happy to be able to steer Ireland to a momentum-building start in the rain-soaked conditions.

The Ireland captain, who is playing at his fourth Rugby World Cup, commented: “When you start the tournament against a team like Scotland you have a lot of nerves. You know you have to start well, and from a forwards’ point of view, to get a couple of tries in tight is pleasing, but we know that it’s just a start and we need to get better.

“It’s nice to have played in four World Cups but ultimately, from a personal point of view, that means nothing. It’s about making sure that that we get better as a collective as we go along.” 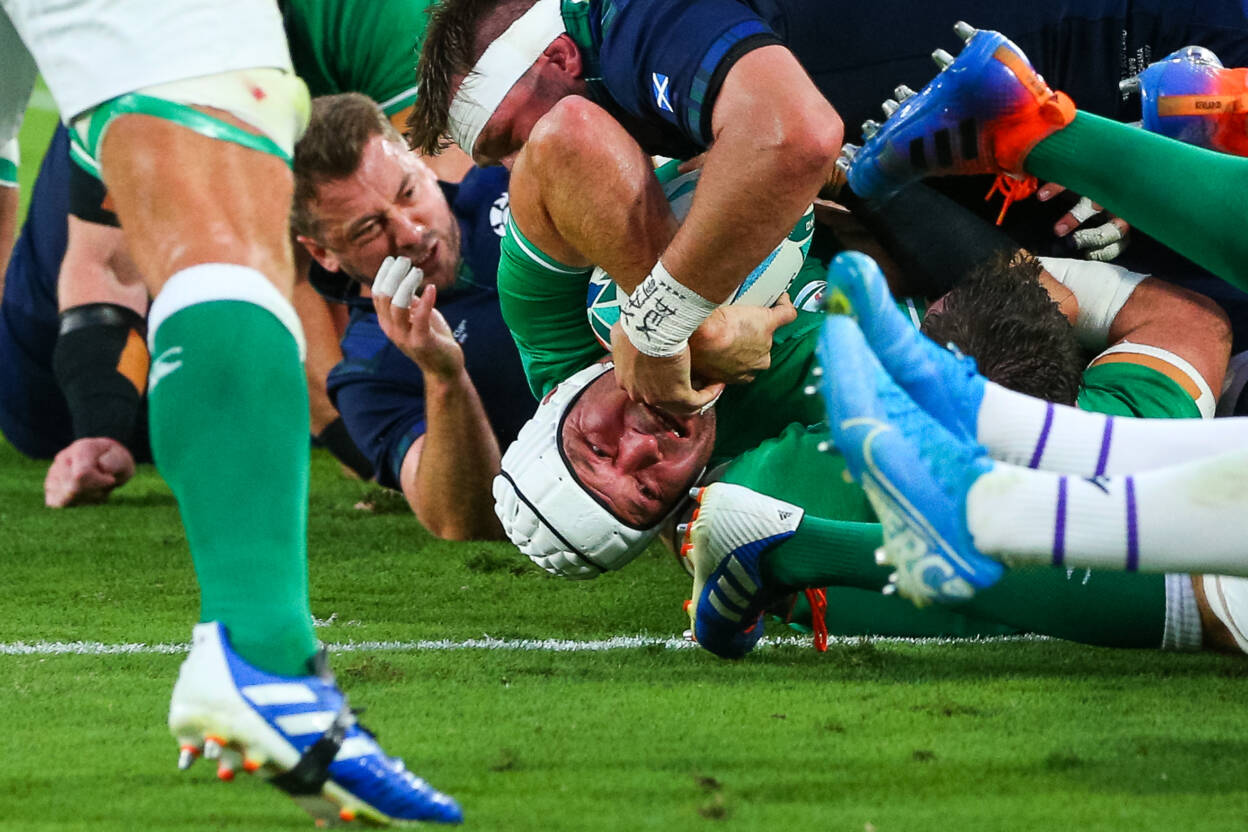 Best had two key moments within sight of the Scottish line, reaching out to score from a 13th-minute maul and then providing the latch as his front row colleague Tadhg Furlong powered over in the second quarter. It was a business-like start from the Irish forwards who shared out three tries on the night and enjoyed a 100% return from their 12 lineouts and ten scrums.

Influential lock Iain Henderson lit the touchpaper for the performance with a smashing early break. Speaking afterwards, he was thrilled that the evergreen Best delivered a big display and played the full 80 minutes at the coalface against tough opponents and in worsening wet conditions.

“In World Cups and scenarios, when you have a few injuries, it’s not always ideal when there are not many subs. You need to show you can play 80 minutes,” said Henderson, acknowledging the early losses of Bundee Aki and Peter O’Mahony, as well as Josh van der Flier’s departure late on which saw Niall Scannell come in at flanker.

“I thought he (Best) had an absolutely sterling performance and he silenced all of his critics out there. You don’t quite understand what Rory adds to the squad. He has been absolutely incredible and I think today you got a small insight into what he can bring.” 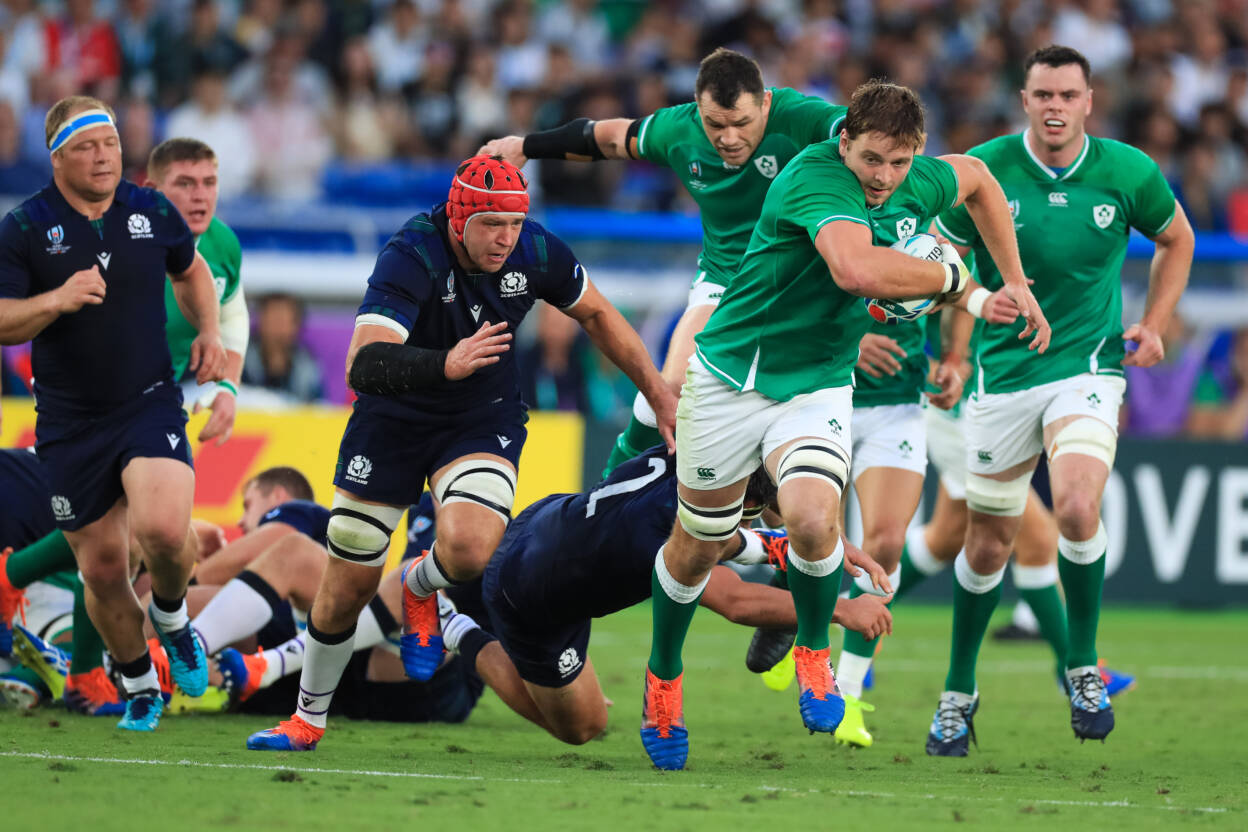 On his own involvement in the build-up to James Ryan’s opening try in the fifth minute, he quipped: “Five minutes after that (run) I wasn’t feeling great! When I see someone else do that it gives me a massive lift.

“(There was) unbelievable support from the guys to clear out and James Ryan to get the try. Not that we planned it during the week, but there is a lot of emphasis on line breaks and us doing what we can.”

As well as eye-catching breaks by Henderson and CJ Stander, the Mastercard player-of-the-match, Best was eager to highlight the approach work done by an Irish back-line which contained five World Cup newcomers – and an average of 19 caps across numbers 11 to 15.

“It was a really good combination (of forwards and backs). A couple of the forwards’ tries came from great play by Garry Ringrose, Bundee, then Jordan Larmour, Andrew Conway – they’re getting us into positions, the way Johnny (Sexton) and (Conor) Murray, in the first half, kicked.

“It leaves it easier as a pack if you’re on the front foot. But we’re under no illusions – that was a good start for us but we know – and the management will show us tomorrow – how much we need to improve going forward.”

Best is now Ireland’s oldest ever try scorer in a Rugby World Cup match, taking over from Victor Costello who was 32 years and 353 days when he scored against Romania back in October 2003. It is another milestone he will be able to look back on with pride when he hangs up his boots in the coming months. 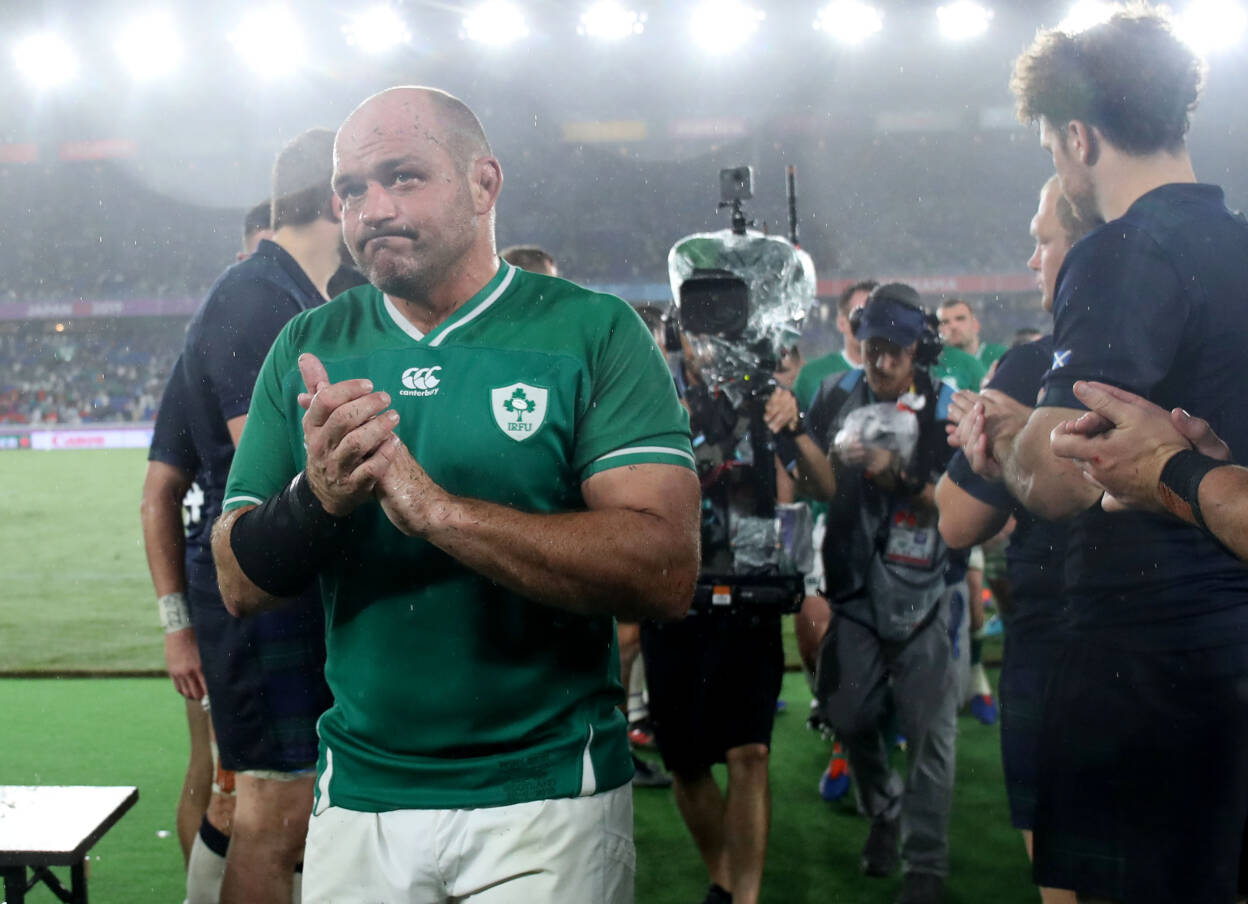 Before then, Joe Schmidt’s men will look to continue on an upward curve as they try to mount a title challenge in the Land of the Rising Sun. Since their heavy defeat to England at Twickenham, Ireland have won three games on the bounce and Best says they have put some harsh lessons into practice.

“Probably the biggest frustration within was that we knew we had a lot more to give and we just weren’t getting it for whatever reason. As players, maybe we didn’t put enough pressure on ourselves to execute the plan we were given.

“It was pleasing the way we played in the next two Wales games and into today. There’s always going to be critics and I think the constructive criticism we get from Joe and the rest of the coaches is probably tougher than anything. And that’s how you learn and get better,” he added.