Having trailed 10-7 at the break, the hosts grabbed tries on the resumption through Tadhg Furlong and man-of-the-match James Ryan to complete a 19-10 win and a home-and-away double over Warren Gatland’s Wales.

The result ensures Ireland will depart for Japan on Wednesday on the back of three warm-up victories out of four, as Kilcoyne reflected: “I think it was definitely a more positive performance. As the Summer Series has gone on, I think we’ve built our performances which is exciting going into the World Cup.

“Not just the Joe (Schmidt) factor, Besty (Rory Best) and Feeky (Greg Feek) too. Feeky probably doesn’t get enough credit as well. Especially what he does for the front rows.

“It’s a lot of the lads’ last game in the Aviva, so we really wanted to put in a big performance, a big Irish performance for them. They’ve delivered a lot for Irish Rugby over the last number of years and I think it’s a fitting way to see their last performance in the Aviva.” 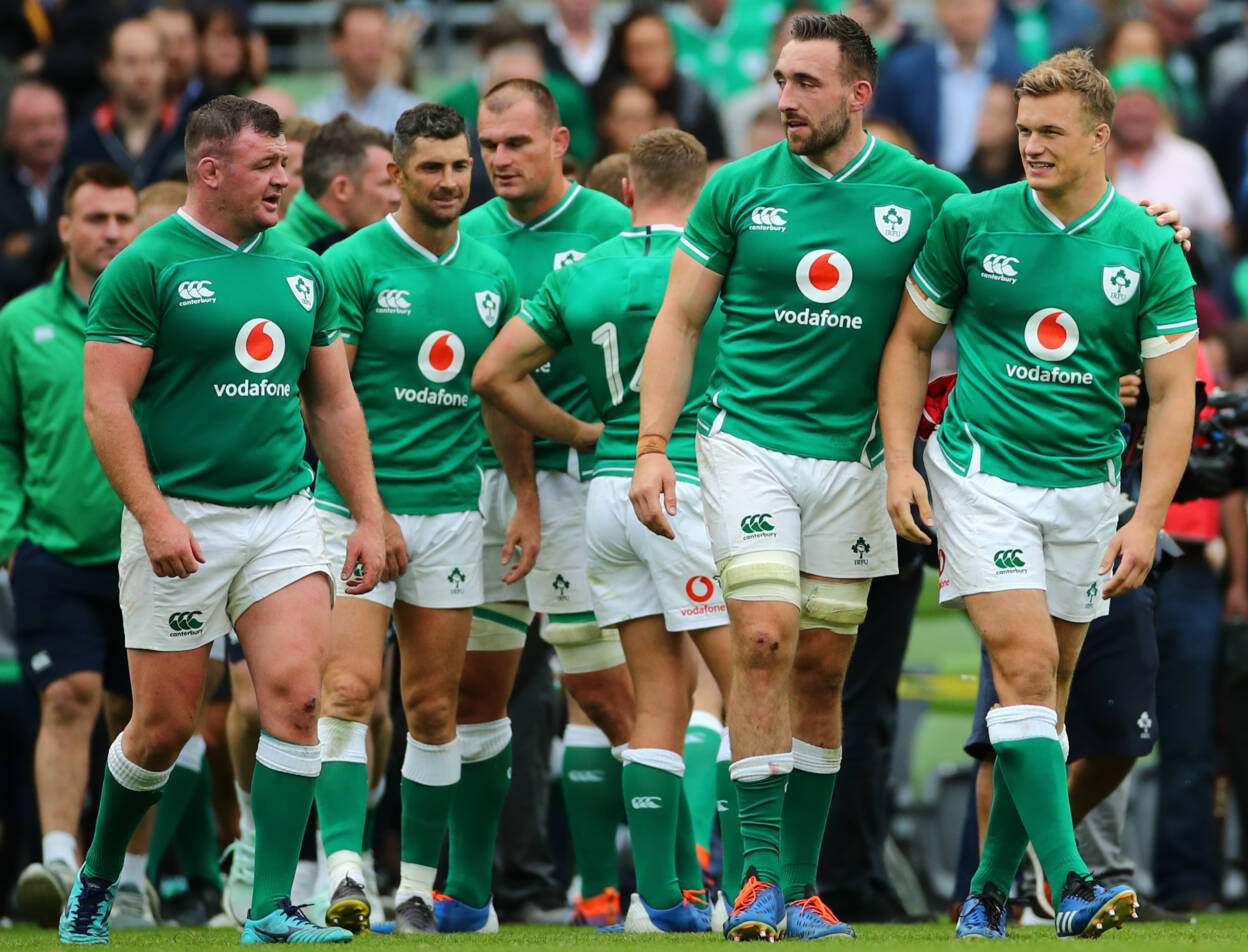 It was not all plain sailing for Ireland on the day. After initially setting the tone with Rob Kearney’s deadlock-breaking try in the 21st minute, they were subsequently pegged back by Hadleigh Parkes’ seven-pointer just past the half hour mark.

However, the power and dynamism of the Irish replacements ultimately told, with Kilcoyne’s introduction at the break helping to provide them with extra impetus. He was later joined in the front row by Sean Cronin and Andrew Porter, while Iain Henderson and Rhys Ruddock also enjoyed fruitful cameo appearances in the pack.

For Kilcoyne, overcoming obstacles is part and parcel of modern day rugby and bench players must know what is required of them in any given scenario. He has won 23 of his 30 Ireland caps so far as a replacement.

“I suppose that’s rugby. It’s about putting yourself back in battles. There’s battles and you just keep putting yourself in more and keep showing up. I think we did that and as the second half went on, I think we won more of those battles than we lost.

“That’s the nature of the way rugby has gone. It’s down to the individual as well, I don’t think it’s just down to the bench. Everyone needs to be completely nailed on, completely ready to go and completely deliver on what they’re asked to do on the day. Hopefully that’s enough to get the win on the day.”

Since the disappointment of a 42-point defeat to England two weeks ago, Ireland have knuckled down with a couple of encouraging displays against Wales. While acknowledging their performance in Twickenham fell well below the required standard, Kilcoyne believes turning a negative into a positive has provided Ireland with real momentum heading into the World Cup.

“That’s definitely something in professional sport you have to be equipped to do. You can’t dwell on it, we’re a next-moment team. You keep looking back, you never go forward and you get lost back there. After the England game, it was about finding out where we were short, why we were short. Putting a plan in place to remedy that. I thought we did that.

“Fortunately it has been building nicely and we’ll find areas where we were off today, put work-ons for them. That’s professional sport. It’s (about) constantly getting better. You’ve got to have that mentality, you constantly need to improve.

“I thought we were poor against England, there’s no point in denying it. We lacked hunger and physicality, which was the most disappointing thing. You’ve an incredible defence coach in Andy Farrell and we all knew that our defence was off that day. Thankfully, over the last couple of weeks, that’s really picked up. Hopefully we can bring that into the World Cup and bring that really aggressive defence.” 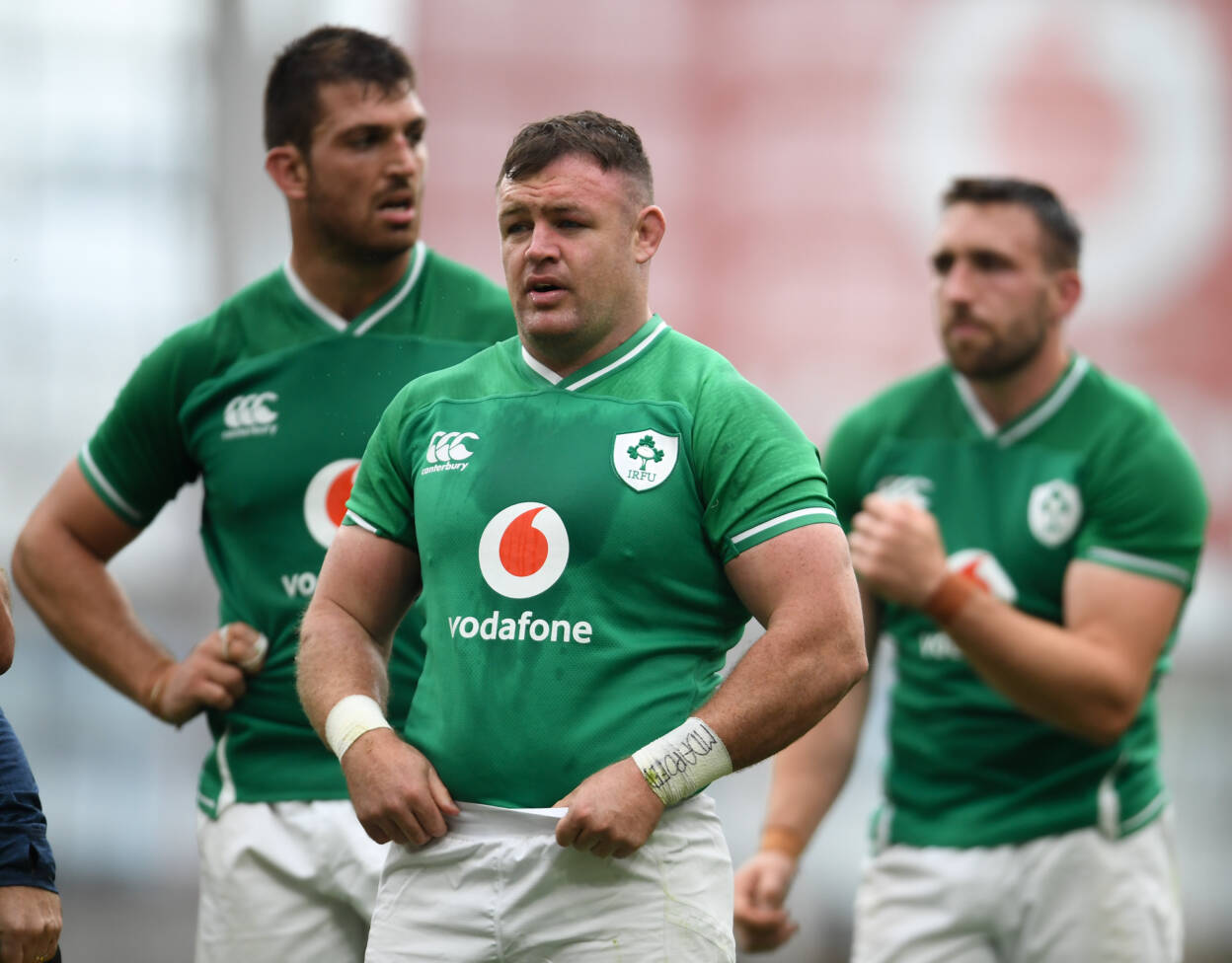 While the competition for places is ferocious right across the Ireland squad, the battle for the prop positions in Schmidt’s World Cup selection has been particularly intense throughout the pre-season period.

Kilcoyne found himself facing off with two British & Irish Lions – Cian Healy and Jack McGrath – for the number one jersey, but his form at provincial and international level in the past twelve months was too strong for Schmidt to ignore.

“There’s two Lions and myself looking for that number one spot. I suppose that’s a good headache for the coaches. Fortunately I’m not in that position of picking the team. You just deliver as best a performance as you can to help everyone else around you look good. Look good in an Irish shirt and deliver a performance worthy of an Irish shirt,” he added.