England’s Wayne Barnes has been selected to referee the Celtic derby between Ireland and Scotland in Pool A, following today’s announcement of the match official appointments for the pool stages of the 2019 Rugby World Cup.

Barnes will have the whistle when Ireland begin the tournament against the Scots in Yokohama on Sunday, September 22. Six days later, Angus Gardner from Australia will referee the meeting of Ireland and World Cup hosts Japan in Shizuoka.

Jérôme Garcès of France and Australia’s Nic Berry will referee Ireland’s final two pool matches respectively, with Garcès in charge of Ireland v Russia in Kobe on Thursday, October 3. The Brisbane-born Berry, a World Cup debutant like Gardner, will be the man in the middle for Ireland v Samoa in Fukuoka on Saturday, October 12. 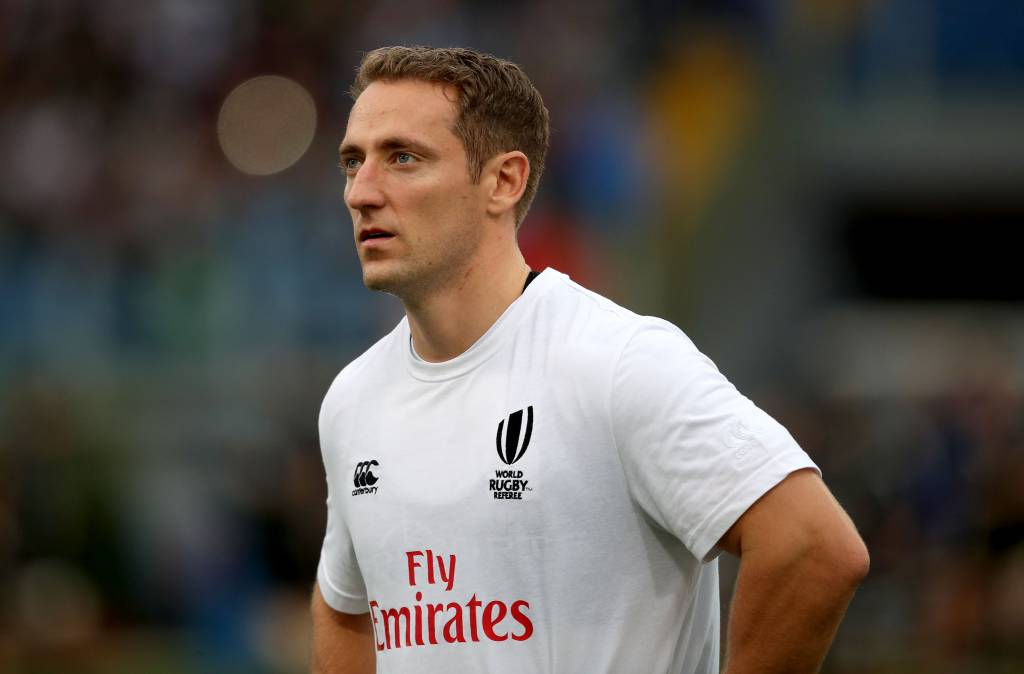 Wales’ Nigel Owens will have the honour of refereeing the opening match of the Rugby World Cup when home side Japan take on Russia at Tokyo Stadium on Friday, September 20, kicking-off a 44-day global celebration of rugby and its values.

All match officials have been appointed to at least three pool matches, and with fixtures taking place across 12 venues the length and breadth of Japan, the appointments reflect the need for optimal load management, including preparation, travel and recovery time.

With significant strength in depth in international officiating, the team was selected on merit after a comprehensive review of performances and features an exciting and strong blend of experience and youth and follows a hugely productive match officials camp in Japan last week focusing on team culture, processes and alignment.

World Rugby Match Officials Selection Committee Chairman Buchanan said: “We are building strong momentum towards this year’s Rugby World Cup and I am delighted to say that there is a very strong team ethic across the match officials group, a superb culture, and a determination to perform at their best at Asia’s first Rugby World Cup.

“The announcement of the appointments for the pool games is another major milestone on that journey. Each referee has at least three pool matches, and the selections have been made with optimal preparation in mind. There’s a great deal of excitement within the group and they are working extremely hard to ensure clear and consistent decision-making in all respects.”

Andrew Brace was featured in a series of interviews with IRFU referees that also included Joy Neville and Sean Gallagher.

Whistle While You Work  – IRFU Referees In Focus – click here.