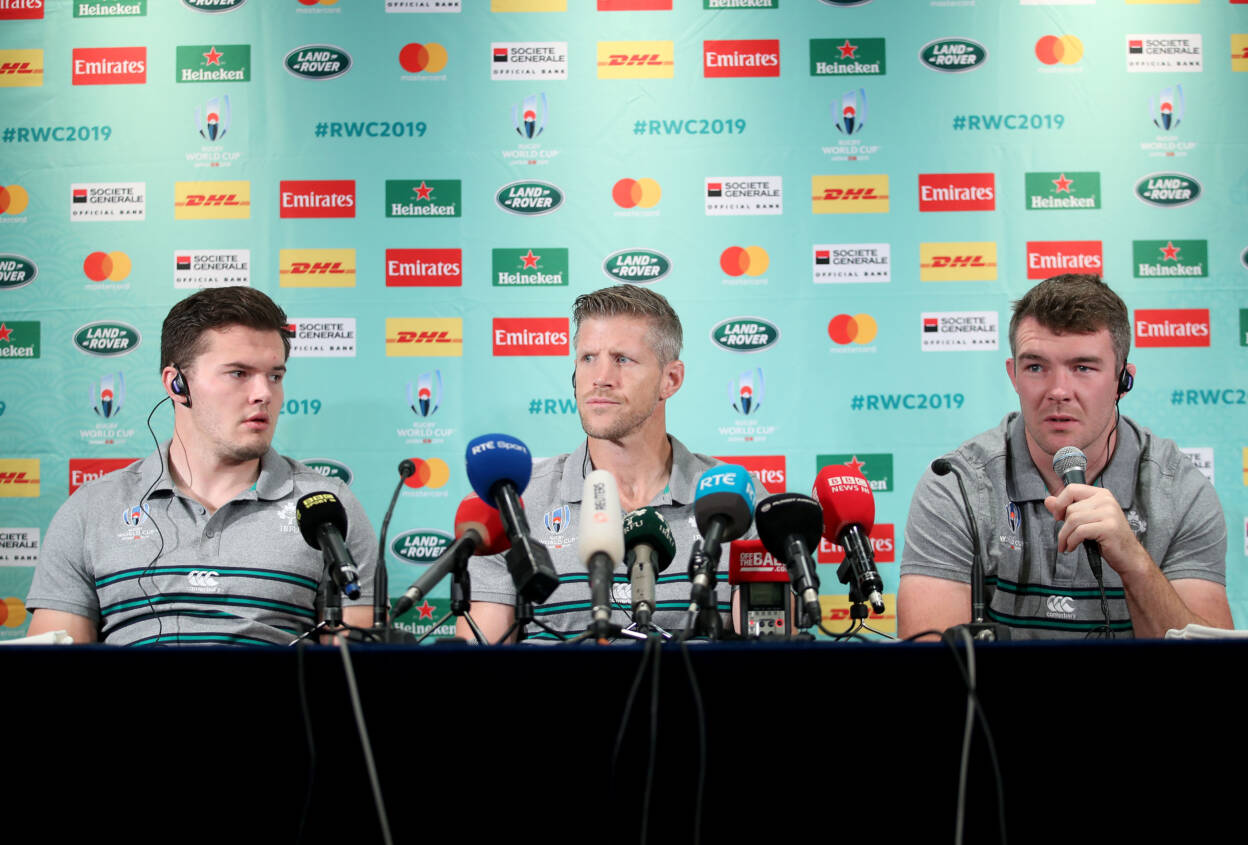 It was an early start for the Rugby World Cup media this morning in Yokohama, with Simon Easterby, Peter O’Mahony and Jacob Stockdale on duty in the build-up to Ireland’s Pool A opener against Scotland on Sunday.

Easterby, the Ireland forwards coach, confirmed that everyone had come through the Captain’s Run and that the pitch at the International Stadium in Yokohama seemed to be in good shape.

Asked about the absence of experienced backs such as Rob Kearney and Keith Earls, Stockdale commented:

Obviously it is a loss to not have Rob and Earlsie, but Andrew (Conway) and Jordan (Larmour) have played a lot of rugby for Ireland and they are both really exciting players to be alongside. They want to get on the ball and attack, and for me, as a winger, that’s exciting.”

Vice-captain O’Mahony spoke about being ready for this weekend’s first round showdown with the Scots, saying:

You have to think you’re ready. This is the one everyone wants to get a good start in. We spoke about this game briefly about eighteen months ago and it feels like all of a sudden it is here. We’ve had a great pre-season and you have to think and believe that we’re ready to go.”