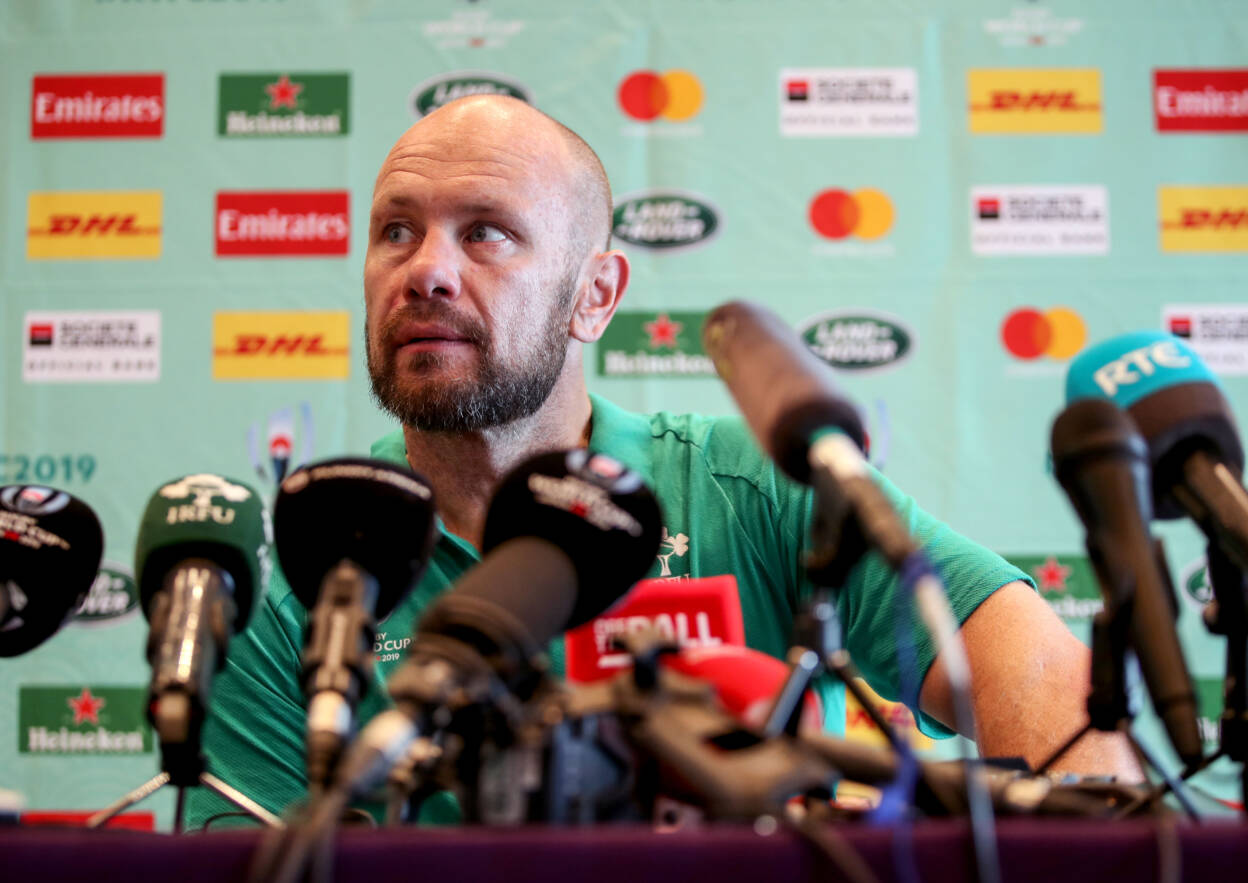 Henshaw felt some tightness in his hamstring after training at Ichihara Suporeku Park in Tokyo on Saturday. He went for a scan the following day to ascertain the extent of the problem.

Asked about the outcome, Feek said:

The outlook on Robbie is reasonably positive. He’s unlikely to feature in the (opening) game against Scotland, but he’s remaining with the squad and will be managed and monitored by our medical team.”

Feek also confirmed that Joey Carbery trained fully today and was ‘good to go’ after the session.

It rained heavily today at training and more of the same is expected next Sunday for the Pool A opener against Scotland.

Asked about the conditions in Japan, where he has been coaching for several months, Feek commented:

You have to prepare for the conditions that are there. The humidity means there’s always a bit of dampness in the air. With the rain in mind we have had conversations about our plans but the surfaces here are excellent so we’ll deal with whatever is thrown at us.”