As good as Ireland’s flying start was in Dunedin, captain Jonathan Sexton felt their composed second half performance was the difference in a memorable 23-12 win over New Zealand.

Sexton pulled the strings from out-half, kicking 13 points, providing the assist for Andrew Porter’s third-minute try and putting his team-mates, notably Tadhg Beirne twice, into holes in the home defence.

He admitted afterwards it was ‘far from perfect’ both personally and collectively, but Ireland’s evening up of the Test series – and the momentum from a first ever win over the All Blacks in Aotearoa – puts them in good stead for the final week of the tour.

“Anytime you create a little bit of history, it means a lot,” admitted Sexton afterwards. “It’s a very, very special day for everyone in the country.

“We talk about it a lot, we talk about making people at home feel very proud of us. It’s right at the top of our list.

“I think the effort that we put in last week we didn’t get the rewards. Same effort again this week, it was touch and go at times.

“At half-time I thought, ‘oh my God’, but the reaction in the second half was superb. To score with 14 men, obviously against 14 men, to bounce back like we did was great.

“We stayed in the moment. By no means was it perfect, we feel that we could have played better in parts, but yeah, it’s a very special day.” 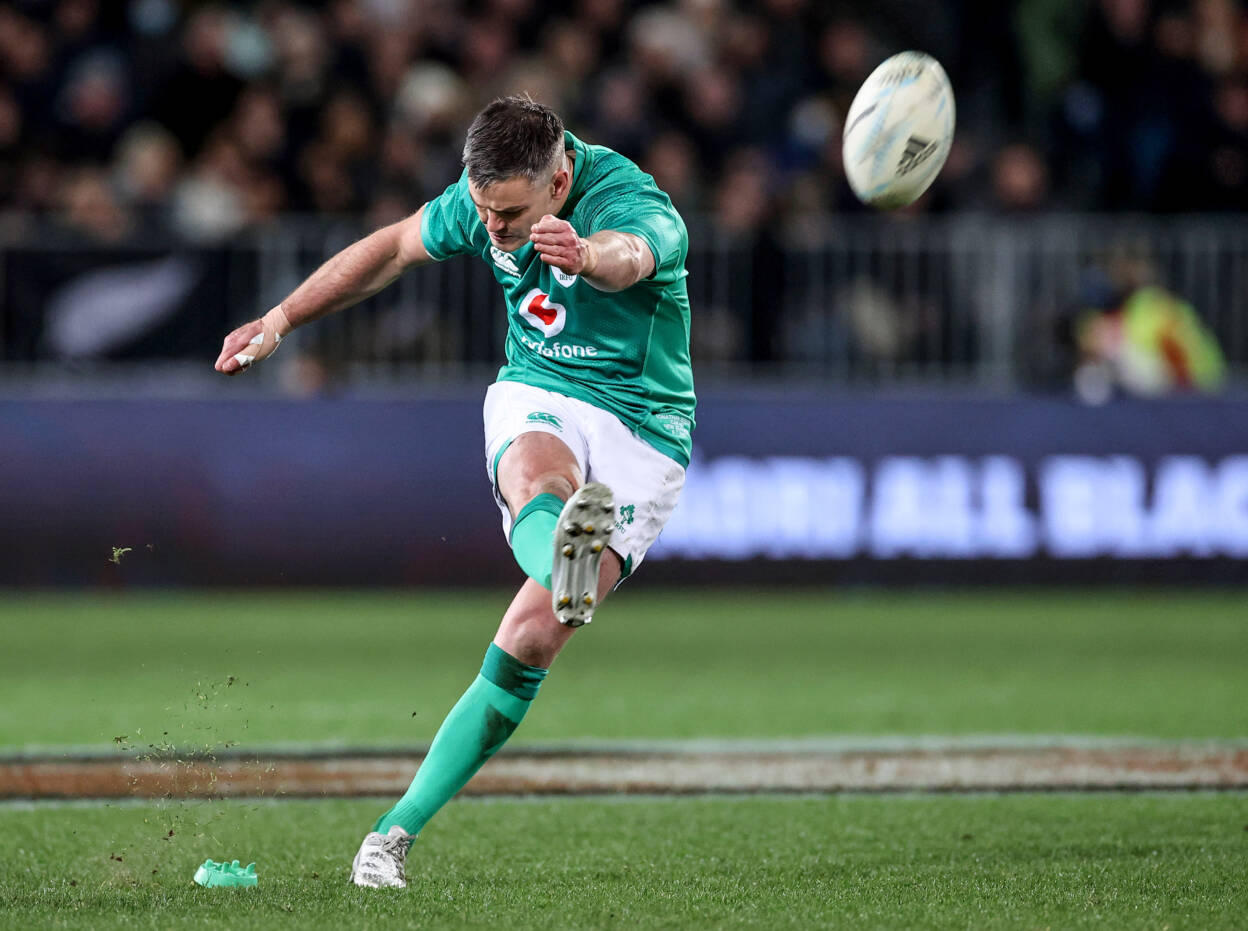 The historic result comes as an early birthday present for Sexton, who turns 37 on Monday. This was the second time this year that Ireland played against 14 men with England having Charlie Ewels sent off during the sides’ Guinness Six Nations clash.

New Zealand hung in there, heading into half-time just 10-7 behind as Beauden Barrett’s opportunist try under the posts saw them rally after two sin-binnings and replacement prop Angus Ta’avao’s red card for a head-on-head tackle on Garry Ringrose.

Ireland began the second half with James Ryan in the bin, but loosehead Porter showed impressive strength to ground his second try in the 47th minute, and two more penalties from Sexton had the tourists out of reach.

Although a knee injury forced Ireland’s skipper off before a late try from replacement Will Jordan, he said he ‘just tweaked my knee a bit’. “I’m okay, it’ll be fine (for next week),” noted the Dubliner.

Teams can often struggle to take advantage of the extra man following a sending-off. Australia’s comeback victory over England last week provided an example of that as did Ireland six years ago when they absorbed the loss of CJ Stander to beat South Africa. 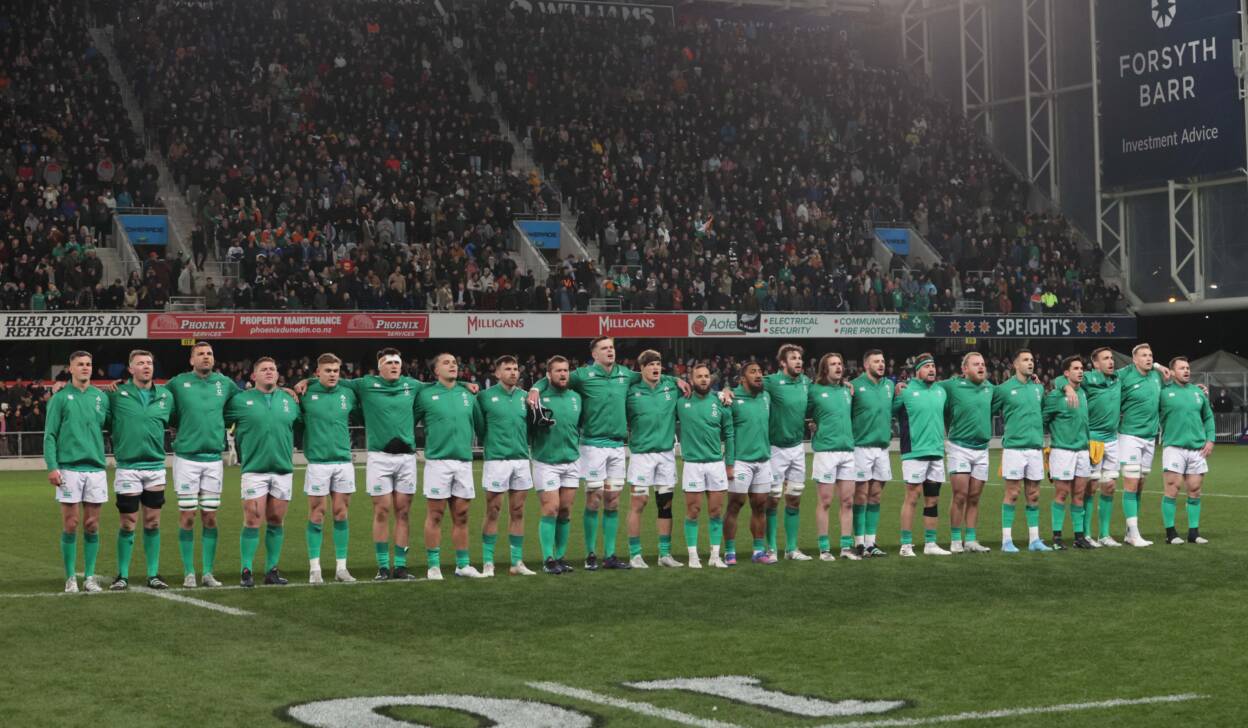 Given how clinical the All Blacks were in attack last week, Sexton knew Ireland could not afford to let their concentration slip despite those cards and the disruption which, with the requirement for two props, saw Ardie Savea return to the bench.

“I was thinking it was like the England game (earlier this year) when they went to down to 14 men and we were playing some really good stuff and weren’t quite taking some chances.

“Of course they’re going to have a purple patch, and some of our discipline…that was probably the biggest thing for us. Giving away a couple of cheap penalties at key times, and it was the same when we played England.

“Giving them access and giving them a chance to maul in our 22, and they’re very clinical. They scored a good try before half-time, which kind of swung the game. But like I said, we’re happy with how we regrouped and bounced back in the second half.”

Sexton was very pleased with Ireland’s overall defensive effort which restricted New Zealand to two tries, scored at the end of either half. They had a 90% success rate with 173 tackles made, led by Josh van der Flier with 21.

The two other members of a belligerent back row, Caelan Doris and Peter O’Mahony, also got through Trojan work at the breakdown, and the former’s tap tackle on Jordie Barrett summed up Ireland’s desire and will to win. 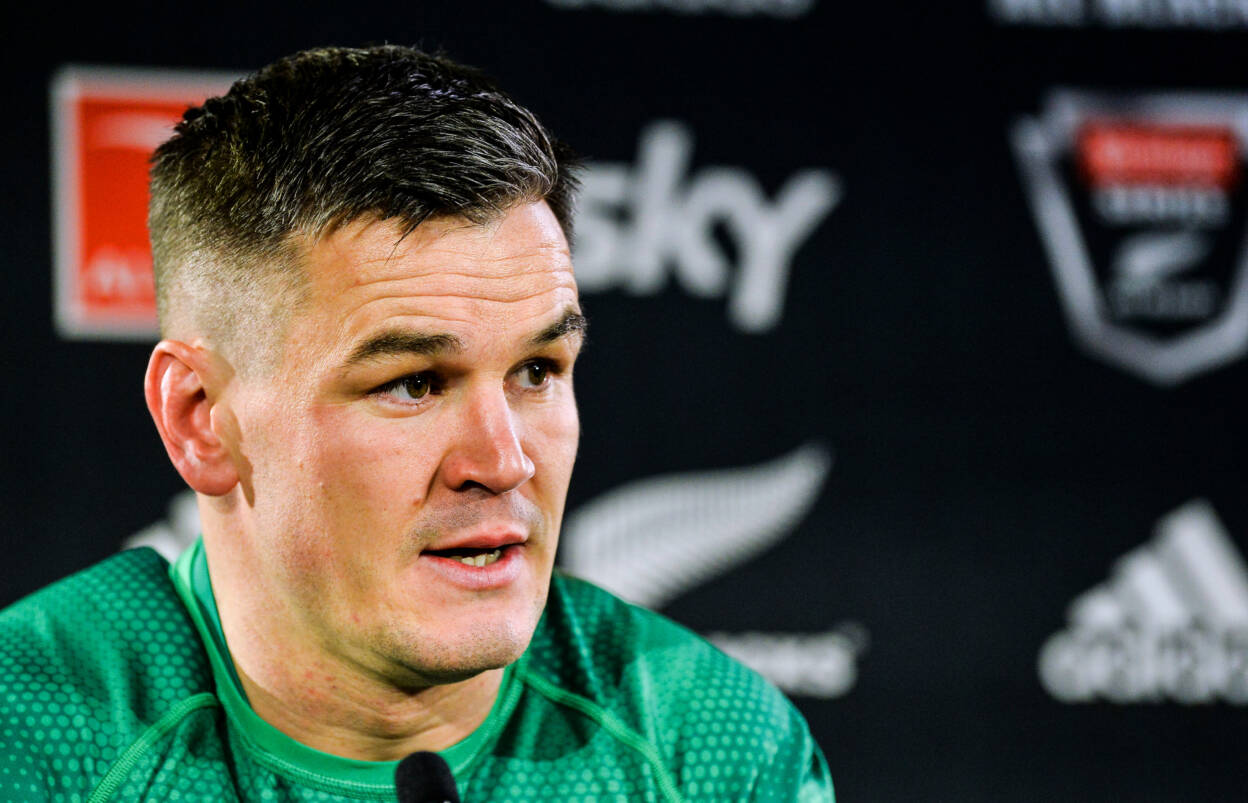 “I think it (the defence) was a big improvement on last week. That was the part of our game last week where we probably felt we let ourselves down,” added Sexton.

“They obviously had some great individual moments as well, but we had a strong look at our defence this week and I thought we responded really well.

“Then the other thing is obviously the turnover ball. At times if you’re playing the way we do, sometimes you make a mistake. It’s the transition into that.

“You saw how dangerous they were towards the end, especially when Will Jordan came on. Sevu Reece as well. They’ve got electric players that can punish at any time.

“The way we transitioned, I thought, was much better tonight and it’ll be important going into Tuesday (against the Māori All Blacks) and next Saturday as well.”