The two showpiece matches, representing the pinnacle of elite European club rugby, will take place at the home of Irish Rugby on Friday, May 19 and Saturday, May 20, 2023.

International brewing giant Heineken® will continue as title sponsors of the Heineken Champions Cup, marking an extension of a long-standing association with Europe’s elite club competition.

The 2023 finals, which will also be supported by EPCR’s official logistics partner DHL and newly-announced official hotels partner IHG Hotels & Resorts, return to Dublin a decade on from when Toulon defeated Clermont Auvergne to lift the famous silverware for the first time in 2013.

Ticket sales for Dublin 2023 open with a priority window from Friday (May 20) enabling fans to secure their places and plan their weekend well in advance.

Fans can register for the priority window by signing up to ECPR’s newsletter ‘The Offload’ and will then have access to a limited number of Golden Tickets – the best tickets at the best prices between Friday, May 20 to Friday, May 27.

To date, six countries – England, France, Ireland, Scotland, Spain and Wales – have staged European club finals, and next week the spotlight moves to the Stade Vélodrome in Marseille with big attendances expected for what promises to be a thrilling weekend of high class rugby.

IRFU Chief Executive Kevin Potts commented: “The IRFU is delighted that the Aviva Stadium has been chosen to host the 2023 Heineken Champions Cup and EPCR Challenge Cup finals.

It is an exciting prospect to have the opportunity of hosting the pinnacle of European club rugby at the home of Irish rugby.

“Hopefully, we will have at least one Irish team involved in the final stages of what will be a true celebration of European club rugby, stamped with the unique atmosphere that Irish supporters inevitably bring to the culmination of these major European competitions.

“Whatever the ultimate line-up, all in Irish rugby look forward to extending a warm welcome to supporters from across Europe to Dublin for what promises to be a thrilling rugby occasion.”

Niall Rynne, Chairman of the Aviva Stadium Board, said: “We are delighted to be hosting the finals of the Heineken Champions Cup and EPCR Challenge Cup. It is always one of the great weekends in European rugby.

“This will be the fourth time for Ireland to host the Heineken Champions Cup final and the second time for the Aviva Stadium to play host.

“The old Lansdowne Stadium was host in both 1999 and 2003, while the redeveloped Aviva Stadium held the final in 2013 when Toulon won the first of their three titles in-a-row.

“This will, of course, be the first time for the Aviva to host the EPCR Challenge Cup, although it was played in Ireland previously at the RDS in 2013.

Ireland has, of course, a wonderful association with the Heineken Champions Cup in particular, and I have no doubt that the prospect of a home final in 2023 will be an even greater incentive for our Irish teams to do well next year.

“One thing is certain: whoever makes the final can be sure of a great welcome not only at the Aviva but also from the city of Dublin.” 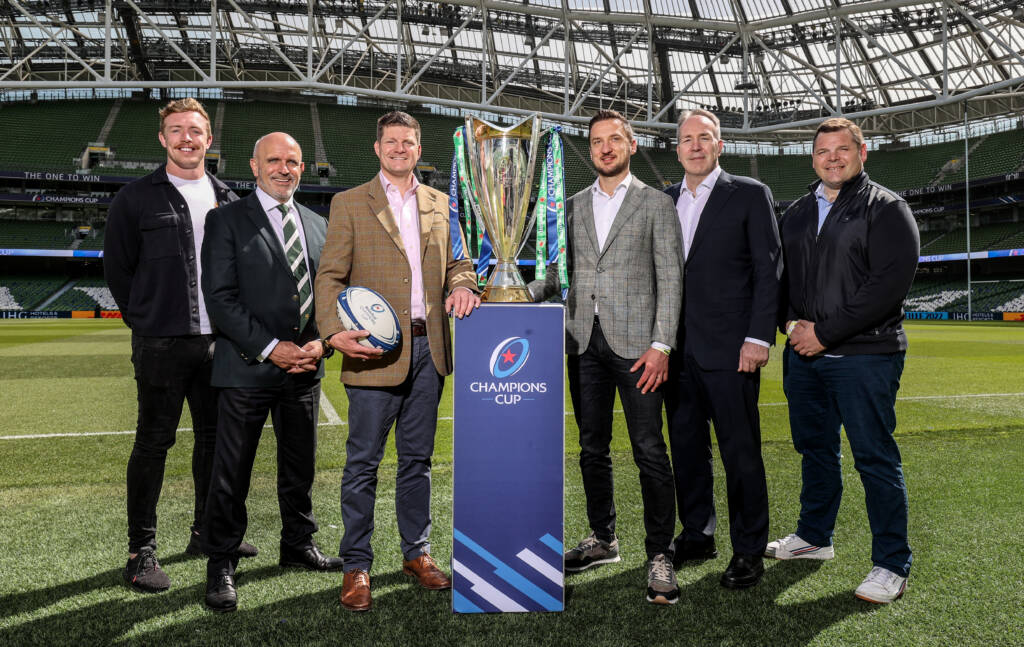 EPCR Chairman Dominic McKay stated: “Following extensive discussions with all stakeholders, including the Aviva Stadium, Dublin City Council and the IRFU, we are delighted to be bringing the Heineken Champions Cup and EPCR Challenge Cup finals back to Dublin next May.

“The ground has a strong association with EPCR, having staged three finals over the years, and we are very much looking forward to returning to Dublin.”

The 2023 finals were originally scheduled to be staged at the Tottenham Hotspur Stadium, however with the Premier League concluding later than usual due to the 2022 FIFA World Cup taking place in November and December, coupled with the impact of Rugby World Cup 2023 on the EPCR calendar, it was decided to select the Aviva Stadium as next season’s host venue.

Wojciech Bogusz, Marketing Director of Heineken Ireland, added: “Heineken® is synonymous with the Heineken Champions Cup, a tournament we are truly proud to be title sponsor of.

“The Irish provinces and their loyal fans have enjoyed so many great successes and occasions over almost 30 years, many etched into the folklore of Irish sport forever.

“We look forward to Dublin 2023 and to welcoming the whole rugby community to Dublin for what promises to be an amazing festival of rugby in a city that has the very best pubs, bars and restaurants for all fans to enjoy.”