Andy Farrell’s Ireland will take on World champions South Africa this November as the Springboks play in Dublin for the first time in five years as part of the 2022 Autumn Nations Series at the Aviva Stadium.

The two teams have not met since Ireland posted a record 38-3 victory over South Africa in 2017, but the ‘Boks have since gone on to claim a third Rugby World Cup title and a series win over the British & Irish Lions last summer.

The opening Autumn Nations Series clash at the Aviva Stadium, on Saturday, November 5 (kick-off 5.30pm), will be the only meeting between the two sides before they face one another at the Stade de France at next year’s Rugby World Cup.

Ticket and broadcast information for all three matches at the Aviva will follow in the coming weeks. 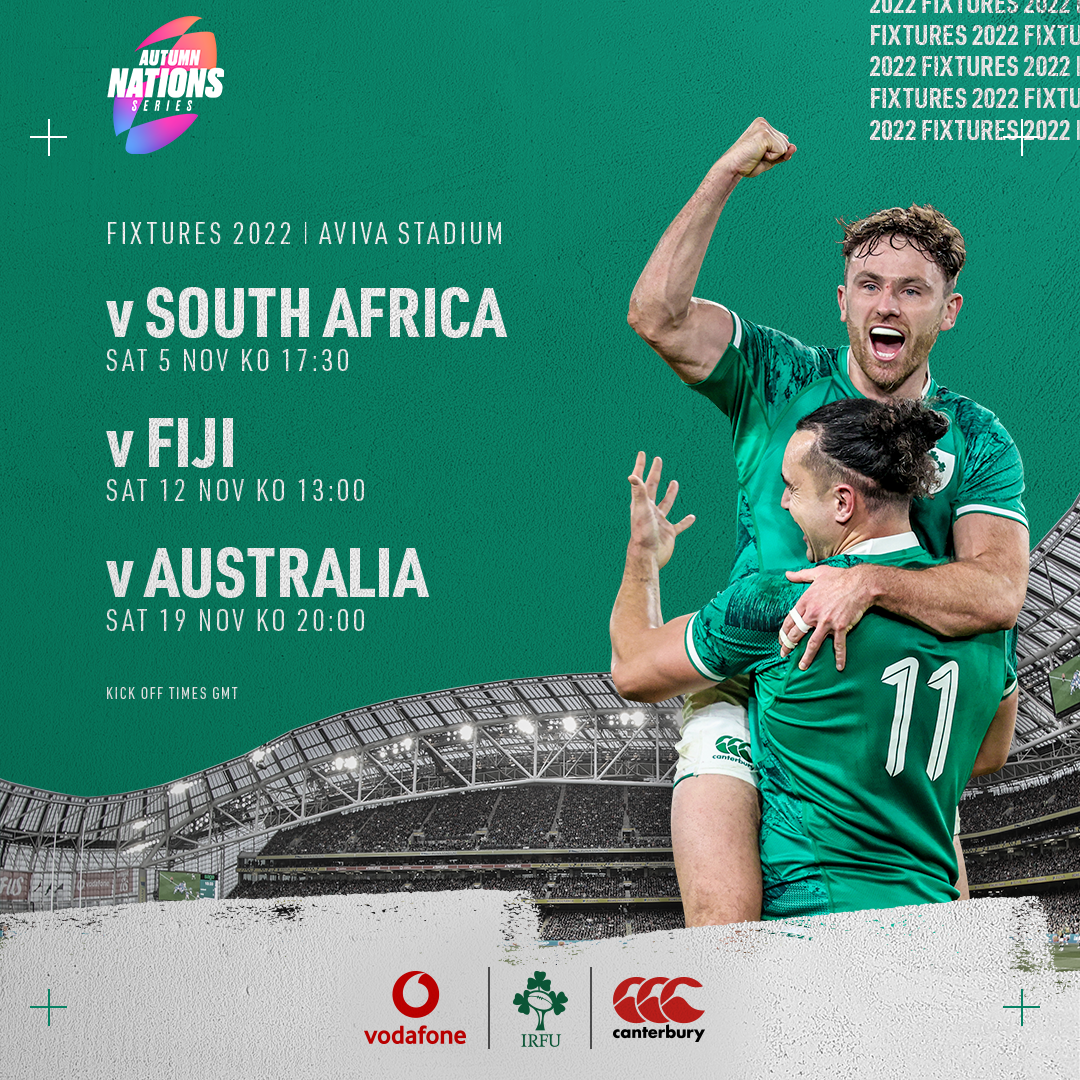 Fiji were also last in Dublin in 2017 when Ireland secured a hard-fought 23-20 win. Fiji qualified for Rugby World Cup 2023 by finishing third in their pool in Japan having pushed both Wales and Australia during that tournament.

Ireland were due to travel to Fiji in the summer of 2021 but the Covid-19 pandemic made it impossible to go ahead.

Ireland’s last game of the 2022 Autumn Nations Series will be against the Wallabies. The last fixture between the two nations was back in 2018 as Ireland clinched the three Test series with a 20-16 triumph in Sydney.

2016 is the last time Australia were in Dublin as Ireland held on to record a 27-24 success.

Tickets for the Autumn Nations Series will go on sale in July following the normal distribution to rugby clubs.

Members of the Irish Rugby Supporters Club will have a priority window ahead of any general sale. Details of the ticket sale will be announced in due course. The Supporters Club is now open for renewals and new memberships  – click here.