The first Under-18 Men’s Six Nations Festival to take place since 2019 concludes on Easter Sunday. Ireland are hoping to sign off with a second win when they take on Italy in Marcoussis.

26 players, including injury call-up Tom Brigg, have won Ireland U-18 Schools caps in France under the guidance of coaches Paul Barr and Andy Kyriacou, grasping the chance to represent their country with both hands.

The last festival from three years ago brought through current senior-capped provincial players Nathan Doak, Jamie Osbourne, Alex Kendellen and Alex Soroka, while it also provided the springboard for future success at Under-20 level.

Reuben Crothers, who captained Ireland to an unforgettable Grand Slam in recent weeks, Jack Boyle and Ben Carson all played in the 2019 festival in England and went on to be U-20 Six Nations medal winners.

As well as getting this young Irish squad used to the rigours of age-grade international rugby – playing three matches in eight days – and benchmarking their progress, the tournament is the culmination of a lot of hard work to ensure that players are identified, supported and provided with the opportunity to excel in the green jersey.

For those who missed out on squad selection this time, the word from Wayne Mitchell, the IRFU’s National NTS and Talent ID Manager, is that the net is cast wide and that if you keep playing well, you will get noticed and supported as emerging talent.

“It is great for our players and coaches to be back participating again in the U-18 Six Nations Festival in Marcoussis, the first one since 2019 due to the Covid-19 pandemic,” he said.

“We have been identifying and tracking these Under-18 players since August 2021 when they represented their provinces in the PwC Under-18 Interprovincial Schools and Clubs Championships.

“We’ve also been out constantly watching matches and taking to school and club coaches during the season through our IRFU and Provincial Talent ID programmes.

“We actually have four players in this squad that didn’t play in the Interprovincial Championships last year, which shows us that it is important for us to keep watching players during the season in their own environments.

“Players should also realise that all players’ journeys are different. Keep training hard and playing well for your school and club as you never know who is watching.” 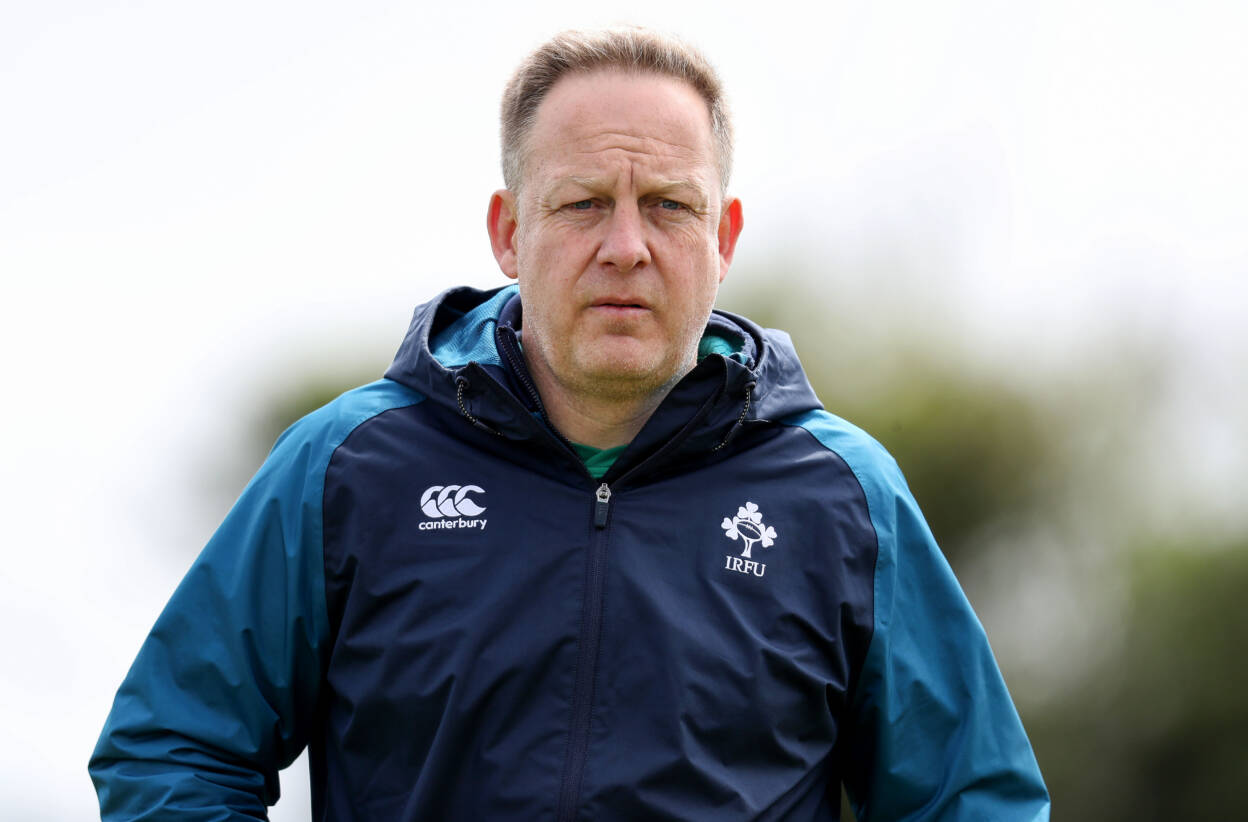 Ireland were behind the eight ball in terms of preparation for Marcoussis, with the pandemic forcing some training camps to be shelved and the Leinster Schools Senior Cup competition only finishing up two weeks ago.

Other nations, including hosts France, managed to fit in some warm-up games against international opposition, so that makes Ireland finishing just five points behind les Bleuets and then beating Wales 46-26 all the more impressive.

Back rowers Brian Gleeson, Stephen Smyth and Jacob Sheahan have notched a try apiece so far, the latter’s cousin, hooker Danny Sheahan, scoring off a maul. Captain Sam Berman and fellow backs Jack Murphy, Hugo McLaughlin and Luke Kritzinger all made it over the whitewash against Wales.

A number of those mentioned shone in their school colours this season and as Mitchell noted, the schools competitions in all four provinces expose players to a high level of rugby so the step up to the age-grade internationals is not as steep as it might be.

“It has been challenging this season with the pandemic. Our December national camps were cancelled unfortunately and we missed the opportunity to benchmark and work with the players in a national environment.

“So, we basically only had a screening day and two weekend camps to select and prepare the final squad for the festival, but the players and coaches have been so enthusiastic to learn and develop.

“We’re fully aware that we are very fortunate in Ireland that our players are coming into these national environments from a very strong school and club environment that allows us to compete well at international every year.” 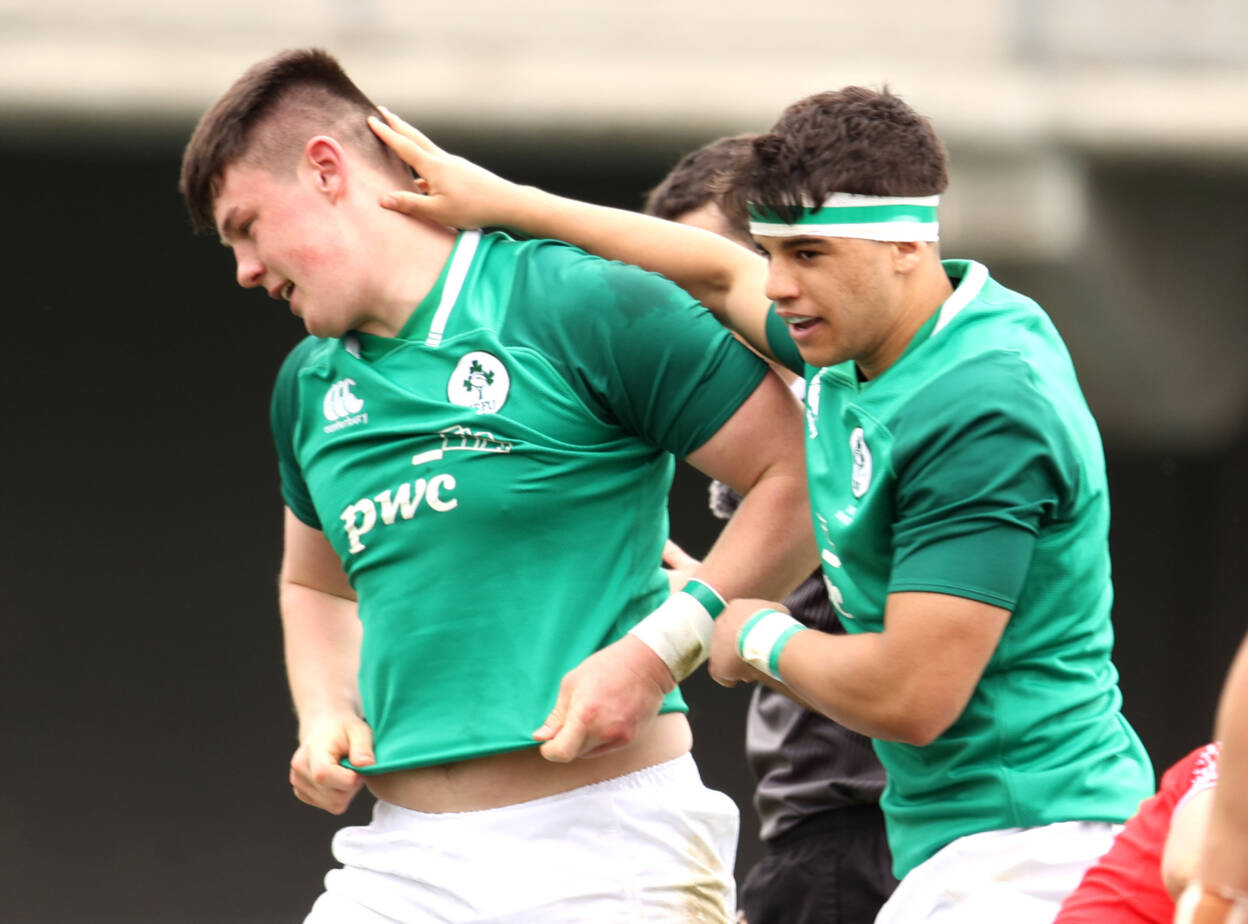 Italy will present a stiff challenge having been very competitive in both of their defeats to Scotland (31-17) and England (28-21). But Ireland are growing as a collective and their third day out could mark their best performance of the lot.

Mitchell, who is on site with the squad at the French National Rugby Centre, added: “The U-18 festival is a critical development opportunity for our age-grade players and coaches. It allows them all to compare and benchmark themselves against the best of their age group in the northern Hemisphere.

“The rate of learning and development in these festivals is huge and cannot be underestimated.

“Having the opportunity to work closely with these players on a daily basis over the 12 days in a different environment and country and getting to know them better as individuals is really valuable for us to make better decisions for the future.”