Railway Union wrapped up their first ever Energia All-Ireland League and Cup double in fine style with a 51-12 final defeat of UL Bohemians at Templeville Road.

Captain Niamh Byrne shone with a hat-trick of tries and there were nine in all from John Cronin’s charges who, despite missing 15 players due to Ireland commitments, closed out the domestic season in dominant fashion.

Disappointed to miss out on Six Nations selection, Byrne’s slickly-finished brace of tries guided Railway to a 22-0 half-time lead, with Erin Coll and Tess Feury also touching down.

Kate McCarthy and Daisy Earle had powerful presences up front, and while Railway’s scrum also had the upper hand, UL were able to punch some holes with their forward carrying. 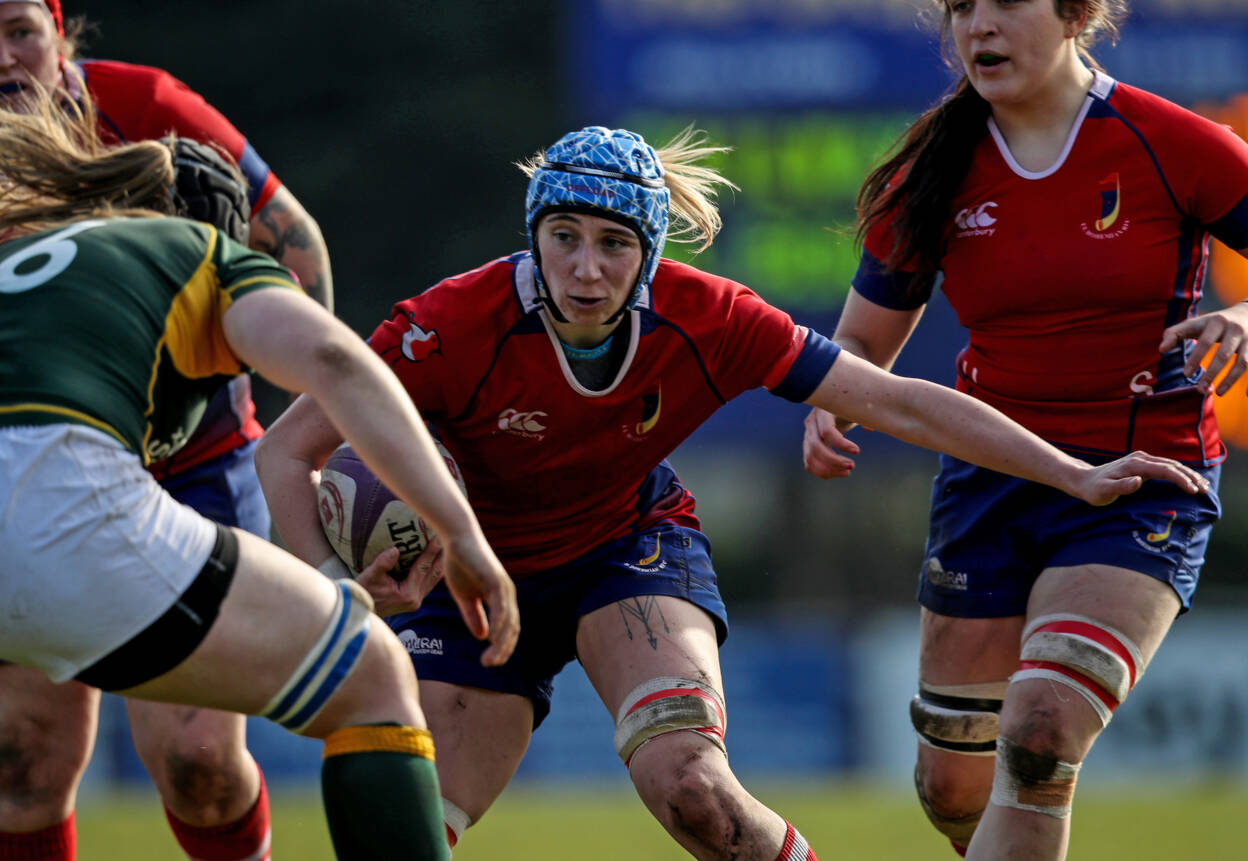 Railway had the better of the early exchanges, skipper Byrne an incisive runner as they began to stretch a resolute UL Bohemians defence. The pressure resulted in O’Halloran seeing yellow for a stray hand at a ruck.

Peat’s barnstorming run up into the 22 deserved a try, but Niamh Kavanagh’s crucial tackle, combined with Stephanie Nunan getting over the ball, saw UL win a relieving penalty.

Railway’s persistence paid off in the 18th minute as good passing opened up an overlap on the right and centre Coll was able to finish off the opening five-pointer. 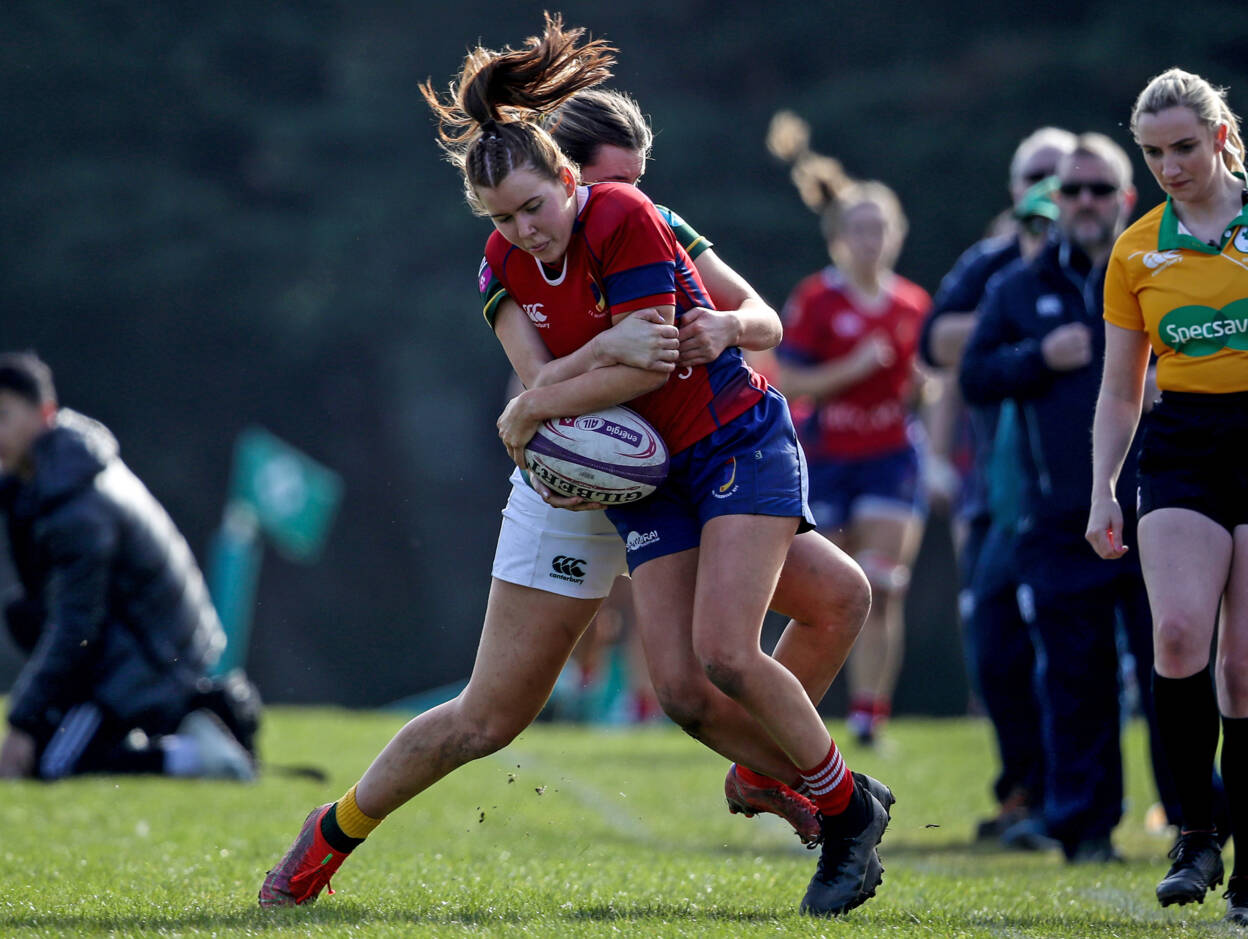 They struck again just three minutes later, centre Byrne shrugging off a tackle and accelerating clean through to score from the edge of the 22, with a final fend-off to boot.

Christine Coffey converted with the aid of the left hand post, and Railway soon added an opportunist third score when a threatening Bohs break broke down between Corey and Alana McInerney.

Byrne swooped in to pick up the loose ball and burst through from 40 metres out, with the chasing Abbie Salter-Townshend unable to prevent her from scoring. Coffey missed the conversion from the left, leaving it 17-0.

Leading the response for the Niamh Briggs-coached UL outfit, McInerney did really well to collect an instinctive kick through from her centre partner Kavanagh.

However, Claire Bennett was stopped short from a quickly-taken penalty and Byrne was in first at a subsequent breakdown to win a Railway penalty. 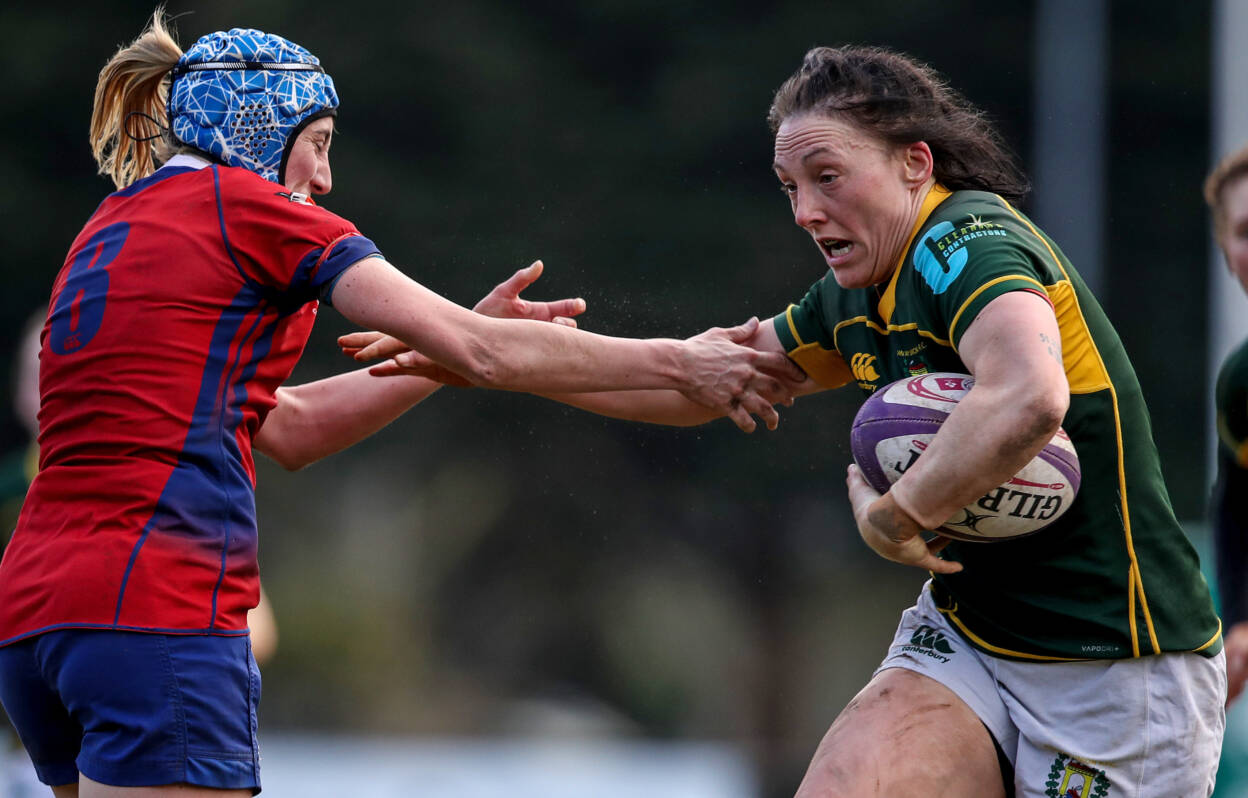 The Dubliners were clinical again closing in on the interval, prop Peat gobbling up possession from a big counter ruck. Nice interplay between Aoife O’Shaughnessy and flanker McCarthy then sent USA international Feury tearing away to score in the left corner.

A Kavanagh interception and a superb Rachel Allen offload put Bohs on the front foot on the resumption, but once more Railway were edging the breakdown battle with the excellent Deirdre Roberts and Byrne both earning penalties.

The league winners managed to break from deep, well-timed passes from Earle and Molly Boyne releasing Ryder to romp home from the right wing. Scrum half Coffey converted the try, widening the margin to 29 points. 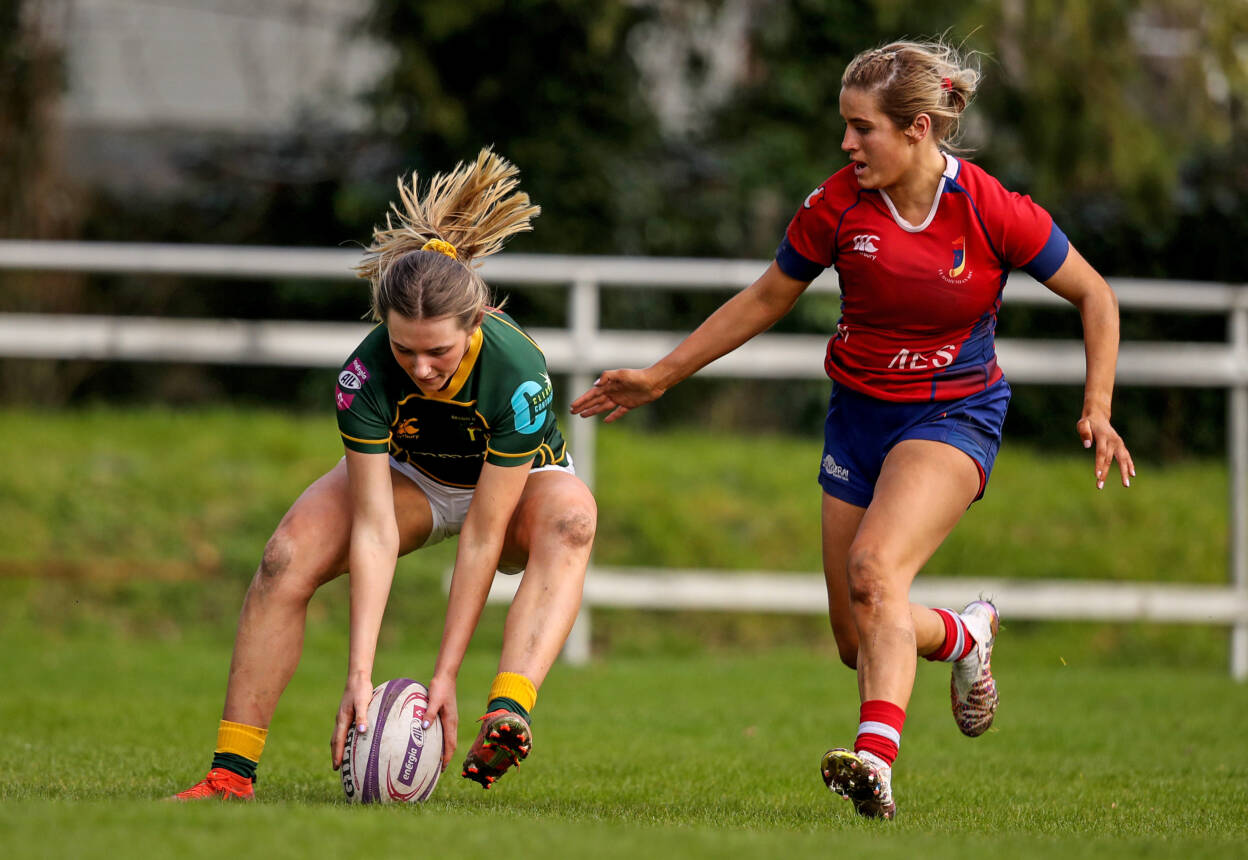 Nonetheless, any hopes of a concerted comeback from the Red Robins were extinguished by Byrne’s hat-trick score, which saw her jink over after good work by the freshly-introduced Ugwueru and wily prop Peat.

Straight from the restart, Grainne O’Loughlin set Clarke weaving back up to the UL 22, Siobhan McCarthy’s offload out of a tackle then allowed Ugwueru, with only her second touch, to fend off Lorraine O’Connor and cruise home for Railway’s seventh try. 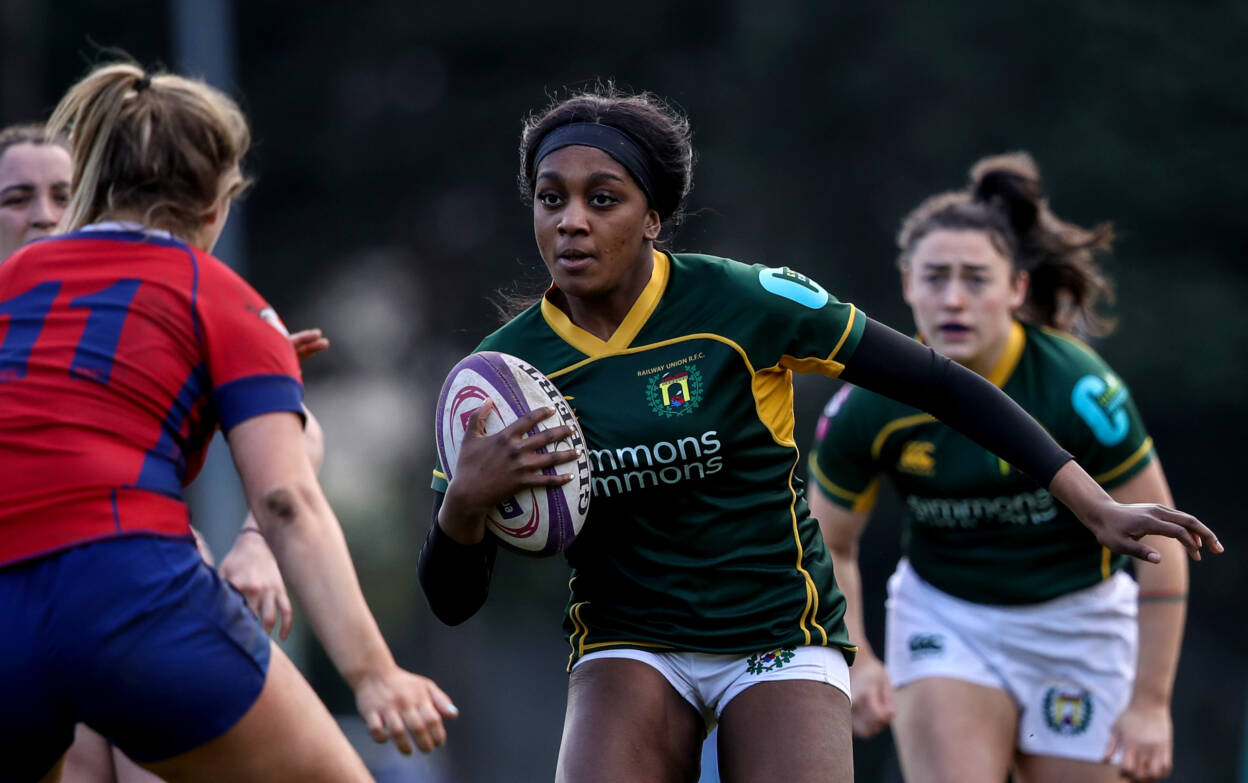 Bohs cancelled that one out when replacement Cahill crashed over, rewarding an initial break by back rower O’Halloran, but Railway still had more in the tank.

Lisa Callan had a very good cameo off the bench, featuring in the build-up to two closing tries from the Sandymount side, who had moved the versatile Roberts to scrum half.

Clarke showed impressive pace to run in the penultimate score, and then Peat, collecting Callan’s offload, produced a swan dive in under the posts. She also displayed her kicking skills with a successful final conversion. 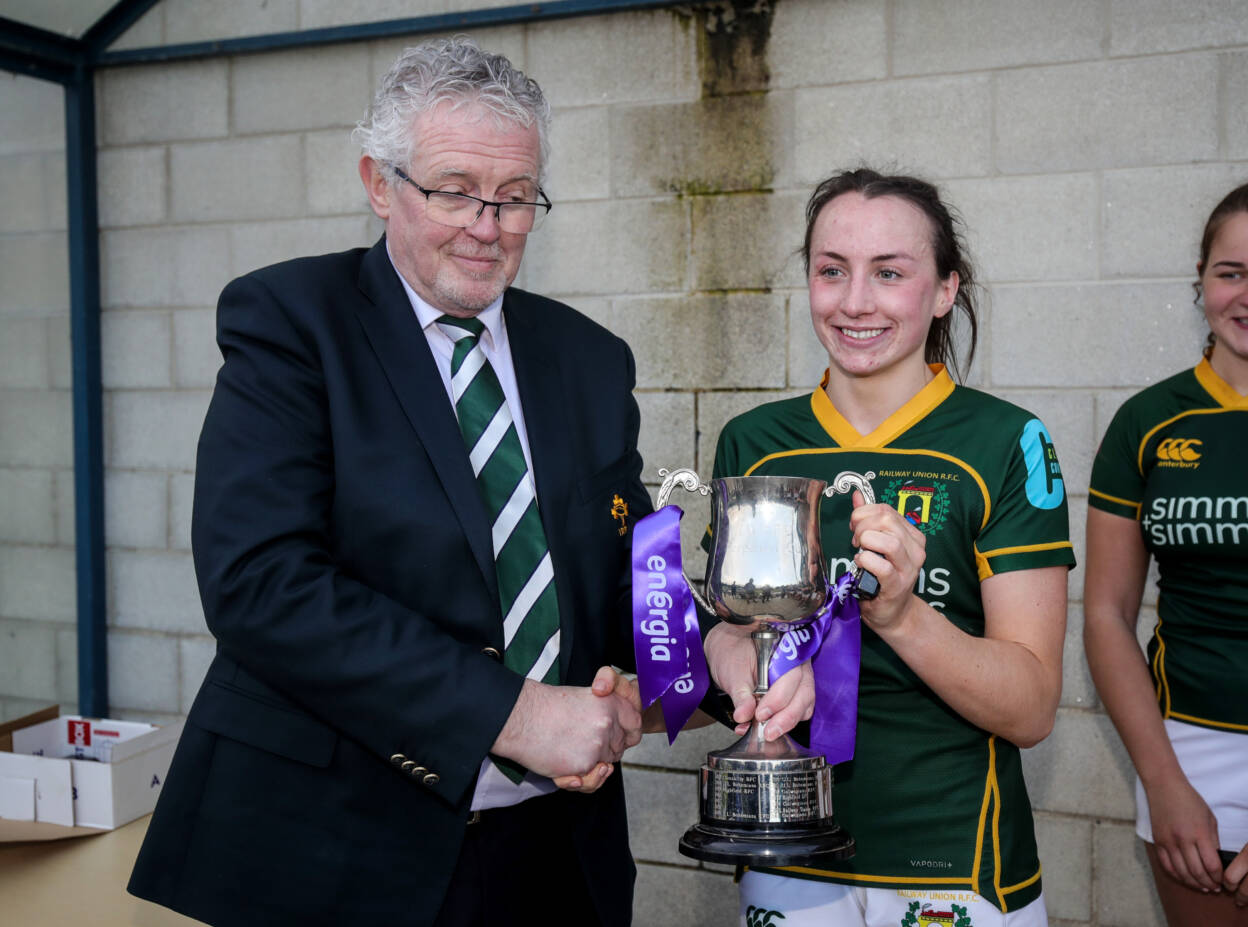