Chris Busby will join the IRFU’s High Performance Panel ahead of the 2021/22 season alongside Andrew Brace, Frank Murphy and Joy Neville.

Chris has just been appointed to two high profile fixtures in the re-scheduled U20 Six Nations Championships which will take place in Cardiff across June and July.

In the opening round of fixtures Busby has the whistle for the late kick-off between England and France on Saturday 19thJune at the Cardiff Arms Park. 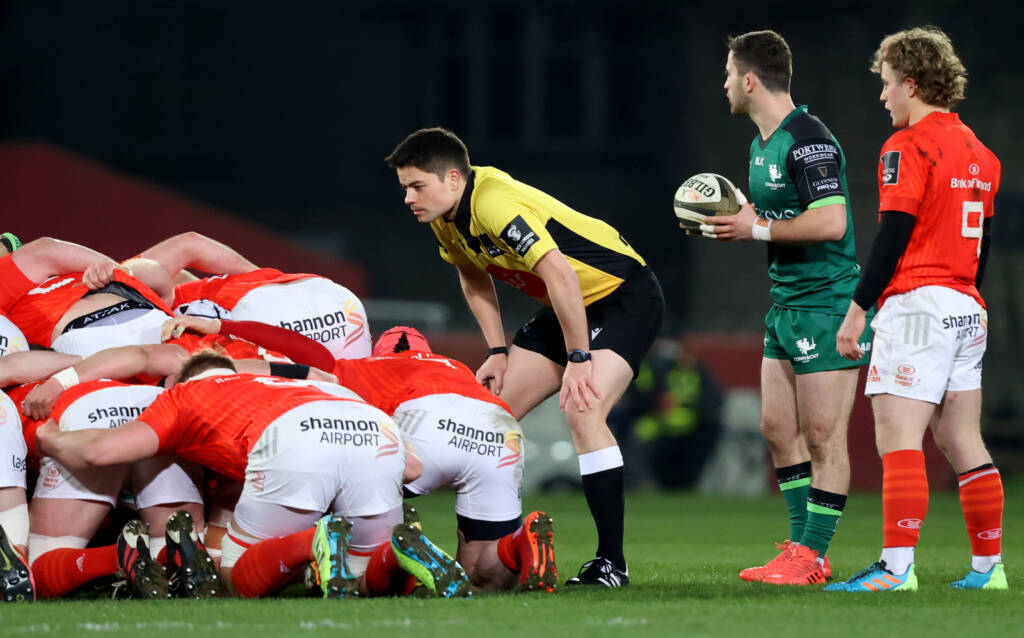 Busby has refereed in this competition twice before in the 2020 edition where he oversaw Italy’s defeat of Wales in round 1 and Wales defeat by Scotland in Round 5.

A product of the Ulster Society of Rugby Football Referees (USRFR) having earned his stripes in the AIL and garnered experience in the Rugby Europe Championship in 2020, Busby has refereed seven Guinness PRO14 games and 2 Rainbow Cup fixtures this season to date as well as two EPCR Challenge Cup matches.

“Chris has worked hard to get to this point of his refereeing career and this is an exciting new chapter for him as he transitions to the high performance panel.  He has built his experience across multiple competitions and progressed due to his diligence and dedication.”