Today, Ireland and Leinster Centre, Garry Ringrose was named Guinness Rugby Writers of Ireland Men’s Player of The Year acknowledging an impressive and consistent 2019/2020 season for both club and country.

Ringrose was one of the brightest sparks during Ireland’s Rugby World Cup journey in Japan and brought his form home with him as Leinster went unbeaten in this year’s Guinness PRO14.

Ringrose was delighted to receive the accolade;

“It is a real honour to be named the Guinness Rugby Writers of Ireland Men’s Player of the Year. 2020 was an extremely challenging year for us all and I am very grateful to the rugby writers of Ireland for selecting me as the winner of this prestigious award at the end of it all.

Although, last season was great and I am very proud to be part of the Guinness PRO14 winning team with Leinster, I hope that I can kick on in 2021 for both Leinster and Ireland.”

Béibhinn Parsons was awarded Guinness Rugby Writers of Ireland Women’s Player of The Year following her breakthrough season in 2019/2020.

The Ballinasloe Winger enjoyed a tremendous season with the Ireland Women’s Team, and balancing international rugby with her studies, Parsons scored three tries during the 2020 Women’s Six Nations.

Parsons was thrilled to be recognised;

“Winning the Guinness Rugby Writers of Ireland Player of the Year award is a real ‘pinch me’ moment. To follow in the footsteps of incredible players like Ciara Griffin, Claire Molloy and Sene Naoupu is just incredible! To even be nominated for an award of this calibre has exceeded all my expectations. I would have never considered myself to be in the same bracket of players with those women.”

Fitzgerald, who sadly passed away in February 2020, was a fantastic ambassador for rugby in Ireland and oversaw Munster’s most successful period, with two European Champions Cups in 2006 and 2008, three Celtic Leagues titles, in 2003, 2009 and 2011, and a Celtic Cup in 2005 during Fitzgerald’s time as Munster Rugby’s CEO.

The Leinster Rugby team was named the Dave Guiney Guinness Rugby Writers of Ireland Team of the Year in recognition of an exceptional Guinness PRO14 season, which saw them finish the season undefeated with an outstanding 17 wins in 17 matches en route to their third consecutive Guinness PRO14 title and seventh overall.

Ireland Men’s Sevens star, Jordan Conroy was awarded Guinness Rugby Writers of Ireland Men’s 7’s Player of the Year for the second consecutive year. Another excellent season for Conroy saw him crowned Top Try Scorer, and named in the World Series Dream Team, cementing his reputation as one of the best 7s players in the world during Ireland’s first season on the World Series. 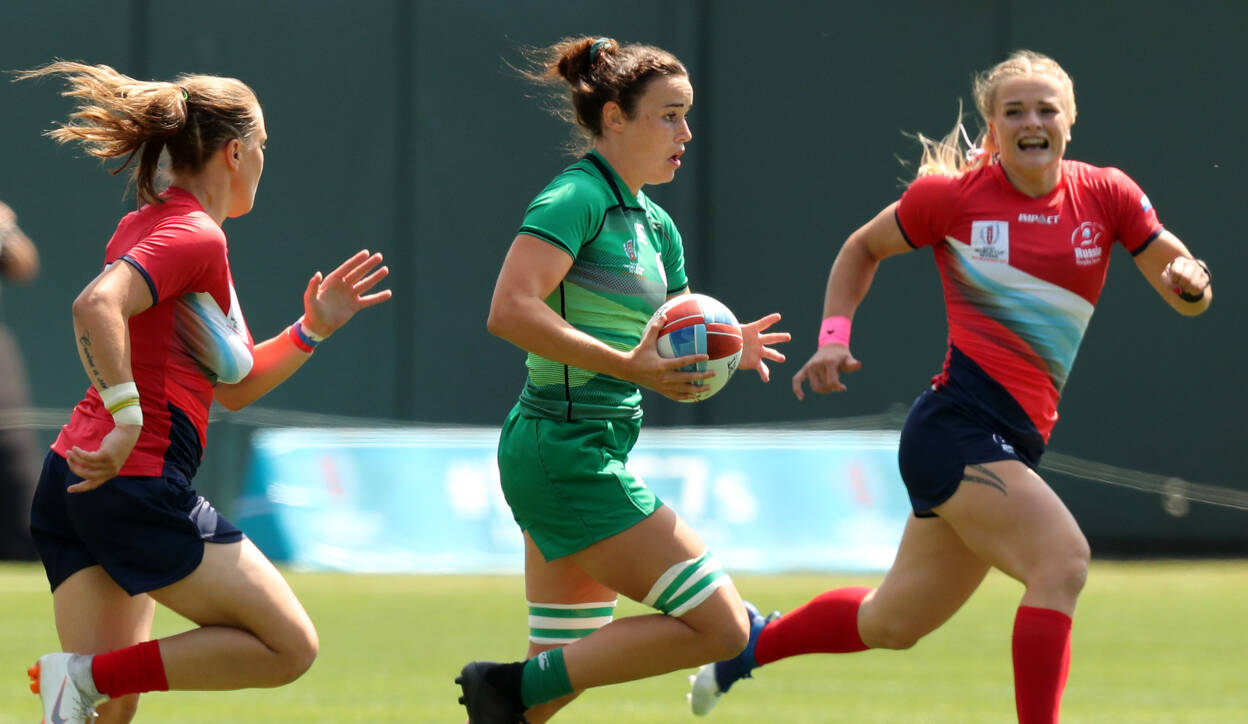 Retiring Women’s Sevens player, Louise Galvin is this year’s Guinness Rugby Writers of Ireland Women’s 7’s Player of the Year. The Kerry native, called time on her career in October 2020, having played in 96 World Series games for her country, scoring 22 tries.

Ballynahinch Rugby Football Club, who topped Division 1B of the All Ireland League in 2019, was named the Guinness Rugby Writers of Ireland Club of the Year. The club was recognised with the award for the club’s outstanding community outreach work during the first Covid-19 lockdown, a community spirit nurtured from minis through to seniors. 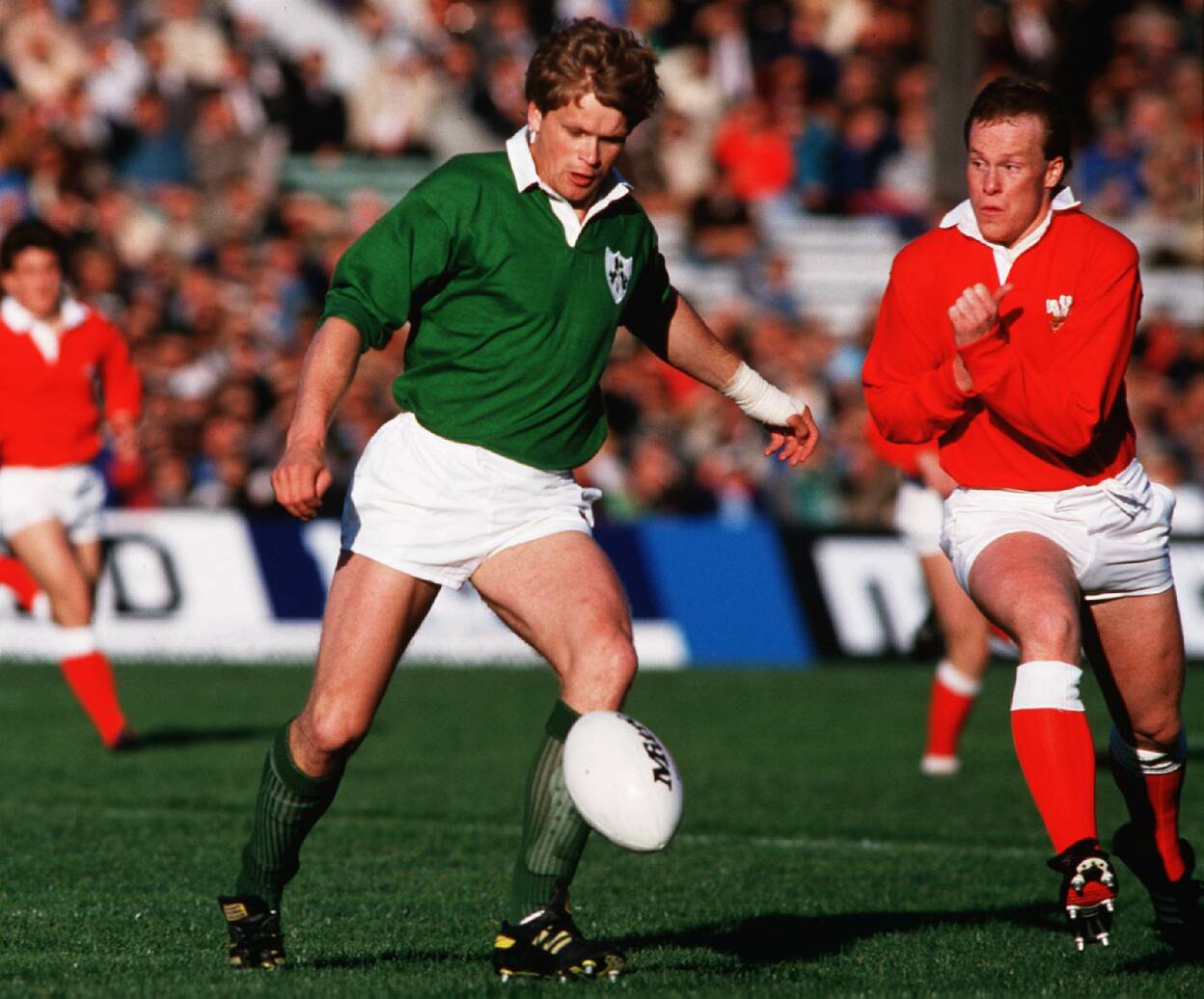 Finally, British & Irish Lion, Ireland, Ulster and Ballymena’s, Trevor Ringland and Ireland, Leinster and UL Bohemians’ Fiona Coghlan have both been inducted into the Guinness Rugby Writers of Ireland Hall of Fame. Ringland, who played for Ireland 34 times between 1981 and 1988, was a member British and Irish Lions squad in 1983, featuring in one test match against New Zealand.

Coghlan, meanwhile, made 85 appearances for Ireland between 2003 and 2014. She captained Ireland’s Grand Slam winning team in 2013, before leading the team to the semi-finals of the 2014 Women’s Rugby World Cup.

Rory Sheridan, Head of Partnerships for Diageo Ireland, said; “Guinness is a long-time partner of Irish Rugby, and a proud supporter of the Rugby Writers of Ireland and all that they do to spotlight the sport through their work.

Rugby is about community, and never has this been more important than over the past year, where no corner of sport, media, or Irish society has been untouched by this Pandemic.

This year we cannot celebrate the greats of the game, past and present, at the usual Guinness Rugby Writers of Ireland awards ceremony, but we are delighted to be recognising their achievements, spotlighting those players and teams who have given us reason to celebrate in what has been a difficult year.

We would like to congratulate Garry and Béibhinn in particular, for their consistency and commitment, during a season like no other.” 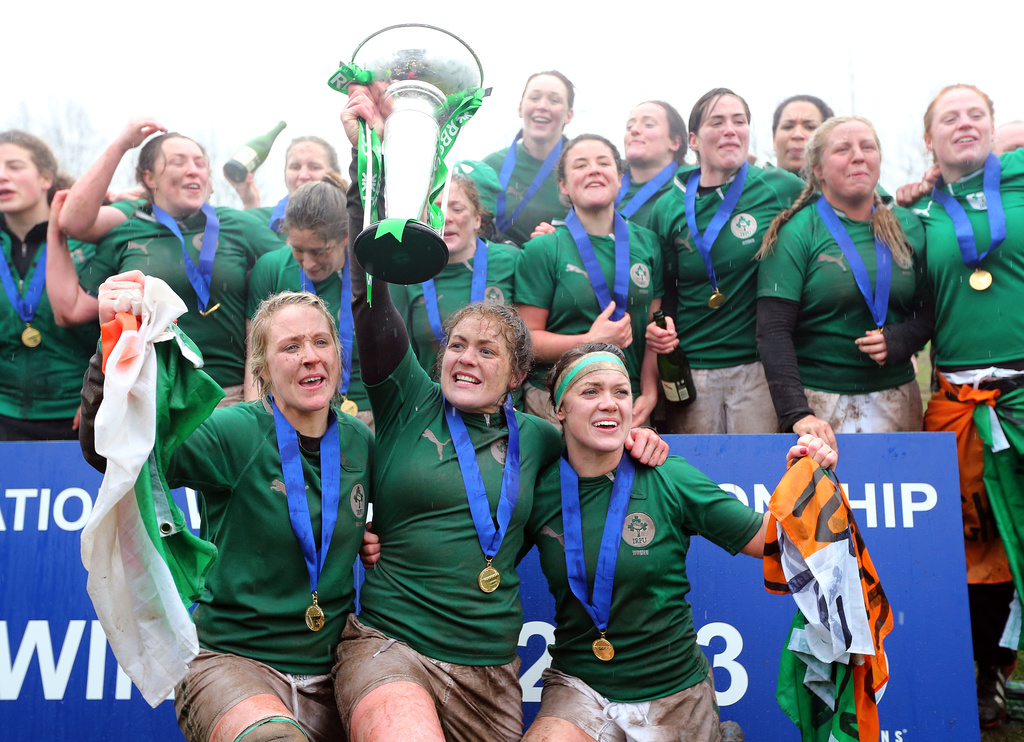 Sinead Kissane, Chairperson of the Rugby Writers of Ireland added; “Many congratulations to all of our award winners who were voted for by members of the Rugby Writers of Ireland. 2020 was a very challenging year for all but it is also important to recognise the work and achievements of many during this difficult time and acknowledge the achievements of our inductees to the Hall of Fame. My thanks to Guinness for their continued sponsorship of these awards.”

Club of the Year: Ballynahinch