On a stage sprinkled with stars, nobody has shone quite as brightly as Ireland’s Jordan Conroy on the HSBC World Rugby Sevens Series this season.

From the campaign-opener in Dubai where he scored five tries against Scotland to last weekend’s leg in Vancouver, the 26-year-old’s try-scoring exploits in green have catapulted him further into the limelight and brought Conroy’s talents to a wider-than-usual audience back home.

The Tullamore native’s skillset – electric acceleration and speed, dazzling footwork and a magical finishing ability – always marked him out as a potential star of the World Series, but nobody, including Conroy, could have quite envisaged the impact he has made during Ireland’s debut season as a core side.

Seven tries at the Canada Sevens brought Conroy’s overall total for the season to 30 and he is now eight ahead of USA’s Carlin Isles after six rounds, while the Ireland winger’s World Series try-scoring record now stands at a remarkable 45 in just 43 games.

“When the opportunity is there, I have to finish it off and make sure I do my job for the team,” Conroy says, reflecting on the recently-concluded World Series double-header in Los Angeles and Vancouver.

“Over the last two legs, I’ve been able to do that and it’s obviously thanks to the lads as they do all the hard work for me. I’m pretty delighted to finish in Vancouver with 30 tries but scoring tries is what I do for the team. That’s just my job and I don’t think about it too much.”

Conroy is quickly compiling a superb show reel of tries, exhibiting his own individual brilliance and virtuoso skills on a rugby pitch, but also highlighting the excellent work of his team-mates in attack, with the likes of Terry Kennedy, Jack Kelly and Harry McNulty among those enjoying fine seasons in green. 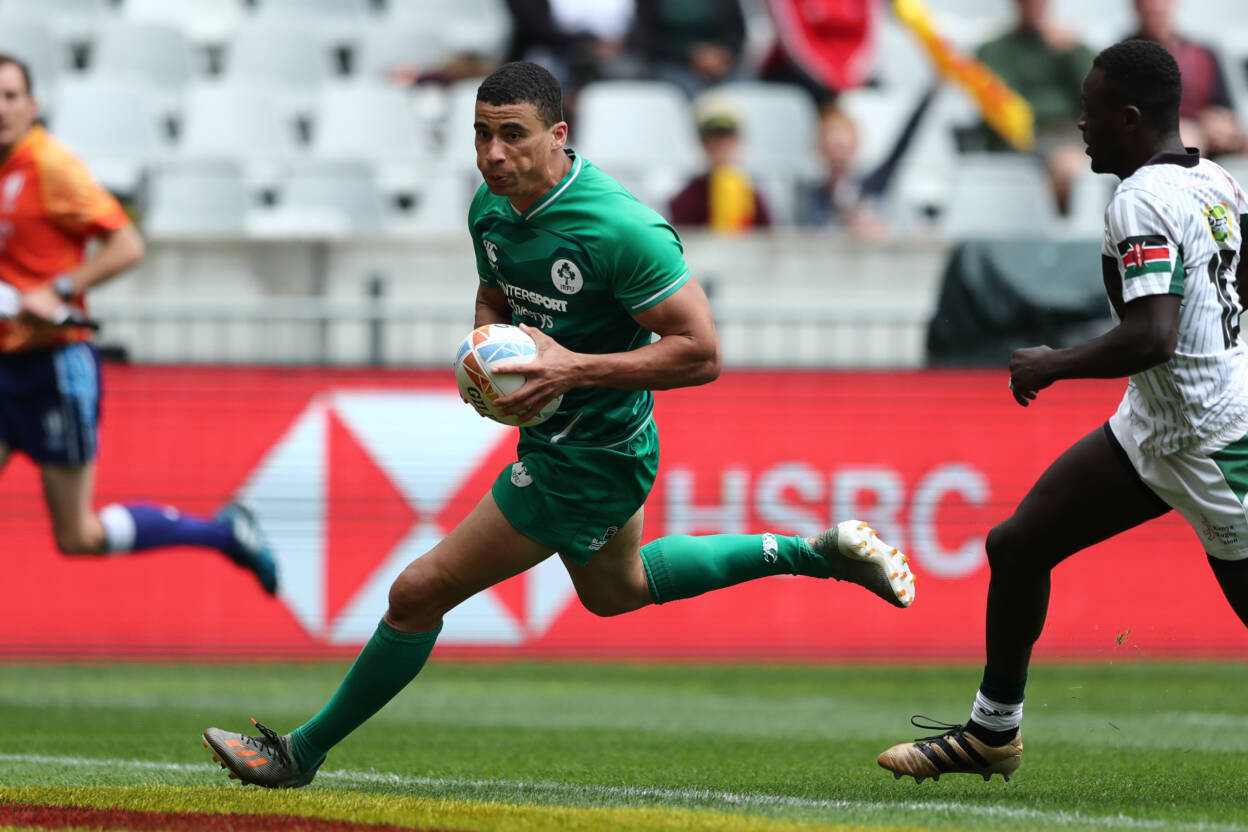 Of his 30 tries this term, Conroy’s extra-time match-winner against Argentina at BC Place last Sunday undoubtedly stands out. Released down the right by Billy Dardis, the former Tullamore RFC and Buccaneers RFC man still had two defenders to beat and 50 yards to the line, but his pace to get away from one and then the step inside and out to beat the second was outstanding.

“To be honest, I never really thought about how I’d perform on the World Series,” he continues. “You’re so focused on the team and how we’re going to reach our potential at this level, you don’t worry about your own stats.

“But, yeah, I just love playing the game and scoring tries for the team. That’s all I want to do when I get that ball – cross the line and if that means I put on a show for people and they enjoy watching us play, then that’s even better.”

Given his performances on the pitch and engaging personality off it, it is hardly surprising to see Conroy in constant demand on the circuit. Whether it’s media or supporters, everyone wants a piece of Jordan Conroy and he is always happy to oblige.

“It’s not a bad feeling at all, hearing the crowd cheering for you even if they’re not Irish people,” he smiles.

“It’s very humbling as well, knowing people are out there supporting you and the team. People are loving Ireland on the World Series so far which is a pretty nice feeling as well. We’ve had huge support everywhere, but Vancouver last weekend was another level.”

After six rounds of the season, Ireland sit 10th in the World Series standings after their recent sixth place and 13th place finishes in LA and Vancouver.

Jordan Conroy with the afterburners for Ireland 💨

That's now 25 tries this series – five more than any other player 🔥#CanadaSevens pic.twitter.com/ZtAygRkka1

Anthony Eddy‘s side have reached two quarter-finals, in Cape Town and LA, and while their performance in Canada was disappointing, the hope now is that an extended break will allow the squad to return to the IRFU High Performance Centre and fine-tune areas of their game that require attention.

With the next legs in Hong Kong and Singapore postponed until October, Ireland will have a nine-week training window before they return to World Series action in London and Paris in late May.

“We were relatively happy with LA as sixth place isn’t a bad result but we probably left one or two games behind there where we should have performed better,” Conroy reflects.

Vancouver, I don’t know, it’s all about that consistency at the end of the day. It was close margins in the games we lost but we know we’re better than that.

“We’ll go back to training now and work to fix what mistakes we made as 13th place is realistically where we didn’t want to be.”

While the squad returned to Dublin earlier this week disappointed with their performance in Vancouver, Conroy says Ireland are very close to hitting their straps again and the next two months could prove invaluable ahead of June’s Olympic Repechage tournament.

“When we’ve played top teams, the likes of South Africa, Australia and New Zealand, we have shown we can perform at that level but it’s just other games when we don’t reach that level,” he adds.

“It’s there to be fixed and we know we can perform so much better than we did at the weekend. We’ll have to do better but overall we’re in a good place. We just need to fix a few minor details as we’re striving for that consistency from game-to-game.”