Ronnie Dawson, Denis O'Brien and Michael McLoughlin at the launch of of Wanderers FC: Celebrating 150 Years

John FitzPatrick, President of Wanderers welcomed the guests (pictured below) and paid tribute to those who had contributed to the publishing of the book and to those who had served the Club since 1870.

The 272 page hardback coffee-table book was commissioned by Michael McLoughlin, Chairman of the 150 Committee, as part of the club’s 150th Year Celebrations. The author is John O’Sullivan of The Irish Times who interviewed twelve key personalities who outlined their life in Wanderers on and off the pitch. 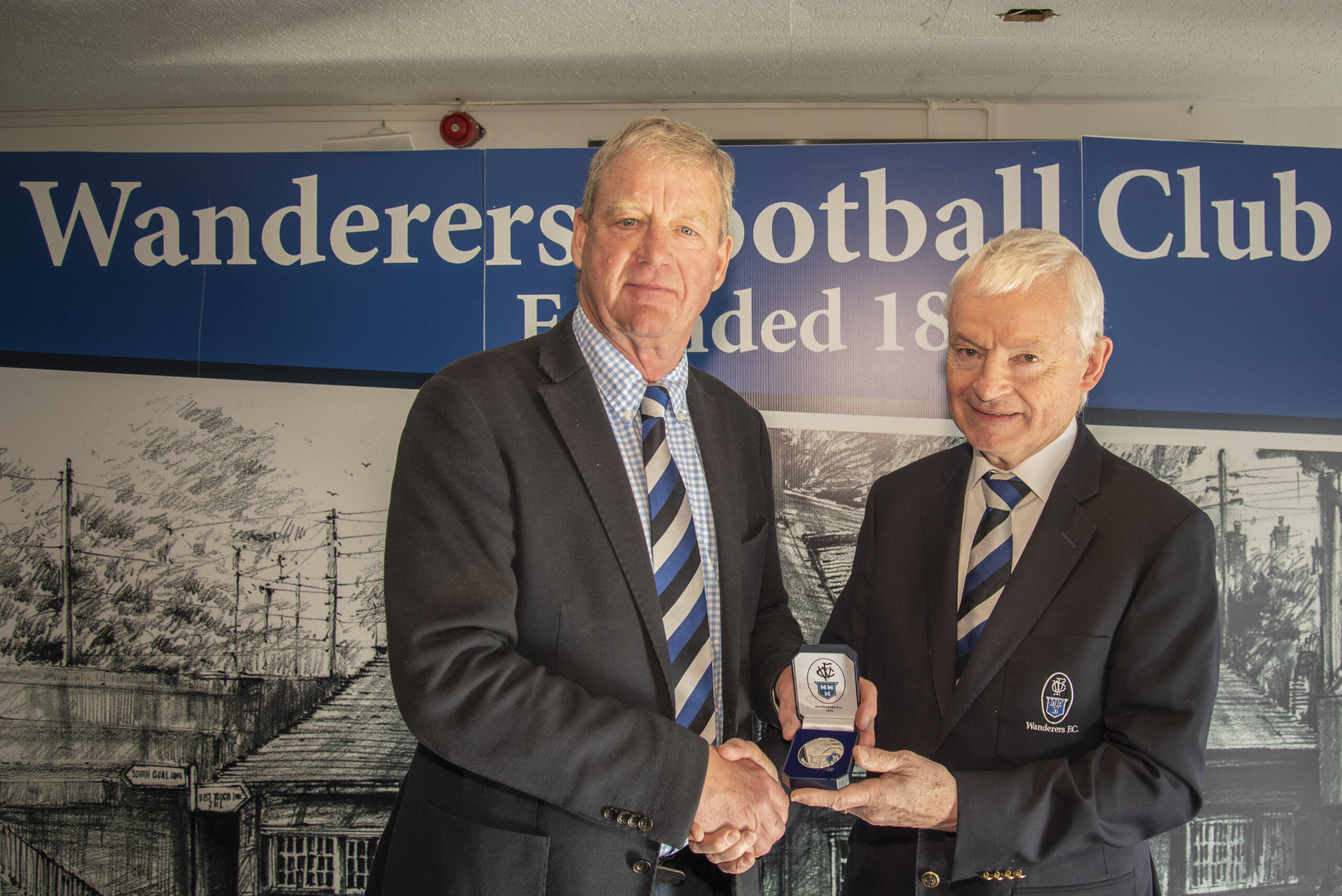 The book includes a lavish pictorial gallery, courtesy of Brendan Fogarty Photography, and these photos capture the significance of the events and people commemorating Wanderers’ historic 150th season.

A full WFC Roll of Honour of its’ 87 Irish, four Australian and four English playing internationals plus all WFC club captains and presidents and trophy honours are also included. In addition Ronnie Dawson, Roly Meates and Gerry Murphy coached the Irish senior side and David Burnett and Gordon Black were international referees. Current Irish internationals Jordan Larmour and Max Deegan developed their skills in the Wanderers minis too.

Angelo McGrath (The Irish Times) designed the book cover and overall layout that incorporates the Blue, White and Black club colours of Wanderers while Michael Ruane (The Irish Times) took charge of the production and delivery.

The book ‘Wanderers FC: Celebrating 150 Years’ is available at € 25 from local bookstores The Nutley in the Merrion Centre; Books on the Green in Sandymount; Hamptons Books in Donnybrook and also from the Wanderers clubhouse on Merrion Road.

The book’s production added to the other special 150th celebrations which included a mens and womens ‘150 Match’ versus Ireland’s oldest club Trinity College last September – with thanks to Martin Murphy; A Gala Ball last November with 960 people in attendance under the Chair of Padraic Jordan and a halftime ‘minis’ match versus Aviva Stadium co-tenants Lansdowne at the Champions Cup match in December between Leinster and Northampton Saints game with the help of Arthur Barlow, WFC Minis Co-ordinator and with kind permission of Mick Dawson, CEO, Leinster Rugby.