Jonathan Sexton, the 85-times capped out-half, spoke of his immense pride after being chosen to captain his country for the first time when Ireland line out against Russia in Kobe on Thursday night.

Sexton takes the reins from Rory Best for the must-win encounter with the Bears, becoming Ireland’s 106th captain at Test level since 1875. He has been an on-field captain during games before, is a current vice-captain of the squad, and also skippered Leinster last season.

“It’s a massive honour (to captain Ireland),” admitted the Dubliner, speaking at the team announcement press conference. “I spoke to Joe (Schmidt) this morning, so I only found out myself over the last few hours. I haven’t even had a chance to tell my family or anything, but I’m sure they’re going to be very proud as well.

“It’s something that I’ve thought about since I was a kid, something I’ve made a lot of decisions around, trying to get there one day. It has taken a while but it was worth the wait and I’m incredibly proud.

“I want to be captain now of a good performance and a good win in a World Cup game, so that’s my main focus. I don’t think anything changes really for me. I have a big responsibility in the team anyway so nothing has changed.” 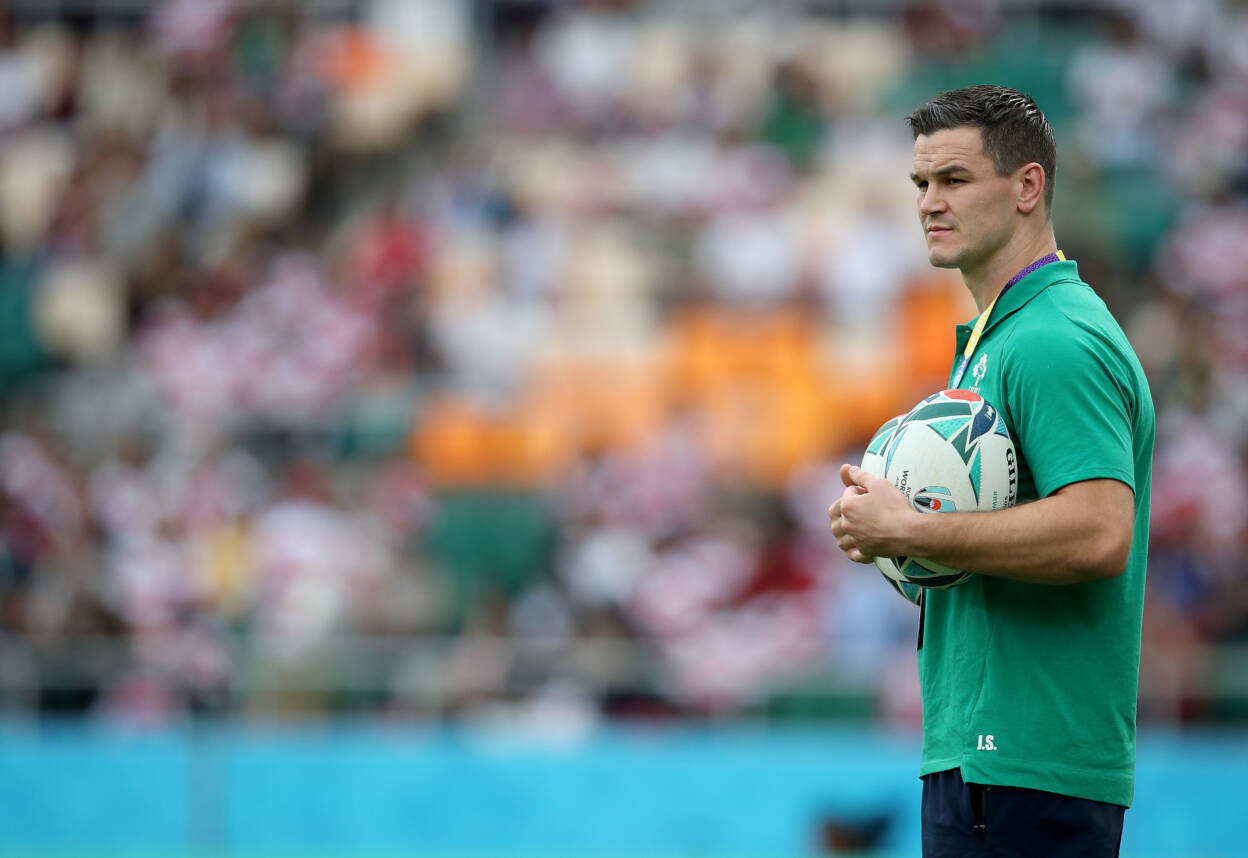 A talismanic figure in the back-line, Sexton acknowledges that the pressure is on Ireland to bounce back in bonus point-winning fashion following their loss to Japan. Getting the basics right and building from there will be important given the warnings received about the stifling sauna-like conditions under the Misaki Stadium’s closed roof.

“We watched the Scotland game last night (at the same stadium) and it looked very slippy. We watched the England game as well (against USA in Kobe). Obviously, when you hear it’s an indoor stadium you think air-con and probably a little bit cooler, but it’s quite the opposite we hear,” admitted the 34-year-old.

“It’s something we’re going to have to be mindful of. Even when you play outside the ball gets pretty slippy. Against Japan last Saturday, in the first half (the ball) was bone dry but the longer the game went on the sweatier everyone got. The ball was like a bar of soap.

“It’s something we have to be conscious of, playing smartly – we can’t just go out and run everything. But we have a good plan in place and hopefully it won’t be too big a factor.”

Sexton is Ireland’s fourth highest Rugby World Cup points scorer of all-time with 54 points, lying behind Ralph Keyes (68), David Humphreys (70) and Ronan O’Gara (93). He has been a good-luck charm with eight wins in his nine World Cup appearances to date, the only defeat coming against Wales at the quarter-final stage of the 2011 World Cup.

The Leinster ace is one of six surviving members of the Ireland squad that secured a 62-12 win over Russia at that tournament eight years ago in New Zealand. He came off the bench to kick a conversion that day, with Rob Kearney and Keith Earls, who scored three tries between them, Cian Healy, Sean Cronin and current captain Rory Best also on duty.

Sexton passed the kicking duties to Conor Murray during the first round win over Scotland, having picked up a quad injury, but he is back to full fitness, adding: “Yeah, I kicked yesterday a little bit – I wasn’t out there too much – and then I kicked again today, in both sessions. So I feel good and ready to go now.” 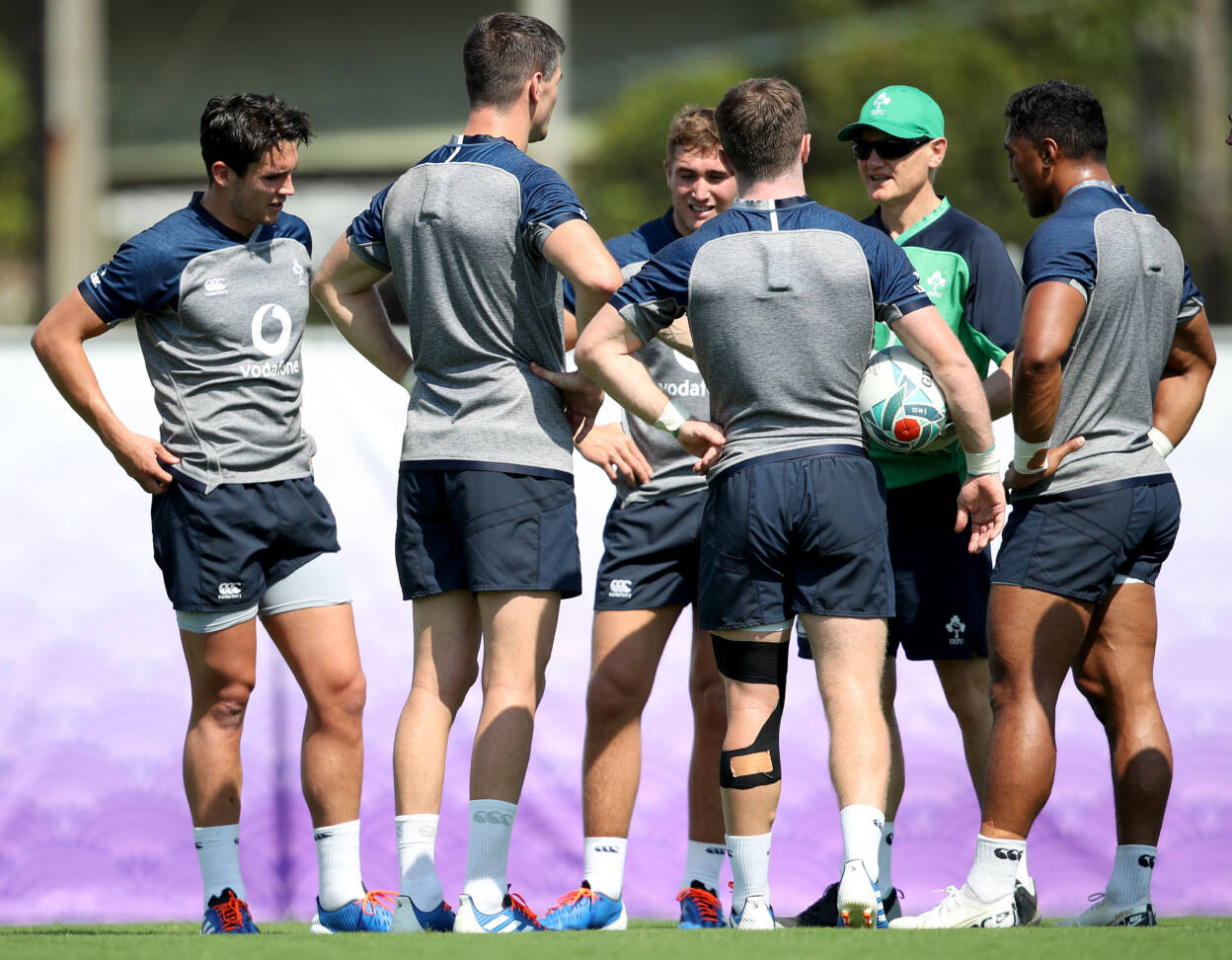 Meanwhile, Richie Murphy, Ireland’s skills & kicking coach, said that a lot of thinking had gone into the decision to utilise the versatile Joey Carbery as a back-up option at scrum half for this World Cup. He has never played there before as a professional but has looked comfortable and confident in the role at training.

“It’s something we’ve obviously been thinking about for a long time, back home. The unfortunate thing for Joey was the amount of time that was taken off him after the ankle injury (against Italy last month),” said Murphy, speaking at the team hotel in Kobe.

“We still felt it was a way we were going to go. And since we’ve come over he’s done some work on that. He’s trained there on numerous occasions. He feels comfortable. And we didn’t just throw him in there – we asked him how he felt about it.

“We made a decision in relation to the (31-man) squad of players that we brought, about only bringing five half-backs. And his versatility in relation to playing 15, playing 10 and being able to cover nine was one of those factors.

“So he’s happy to do it. He’d obviously prefer to be playing at 10 but these are the days where you put the squad first, and in fairness to Joey he has done that.”