High-flying Dublin University retained the Colours title for the first time since 1996 as they dug deep to overcome arch rivals UCD 18-12 at a rain-soaked Belfield Bowl tonight.

With Ireland Under-20 Grand Slam winner Rob Russell and Dan Sheehan scoring the only tries in the 67th edition of the Colours, this was a huge result for fourth-placed Trinity in the context of the All-Ireland League play-offs. They have moved within a point of a historic semi-final place, now leading Garryowen, in fifth, by a clear ten points with the Limerick side having two matches still to play.

Sixth-placed UCD were seeking a win to secure their top flight status and were bolstered by the inclusion of Leinster scrum half Nick McCarthy who has just returned from injury. Indeed, it was College who drew first blood with a sixth-minute penalty from impressive full-back Conall Doherty who proved to be their only scorer on the night. 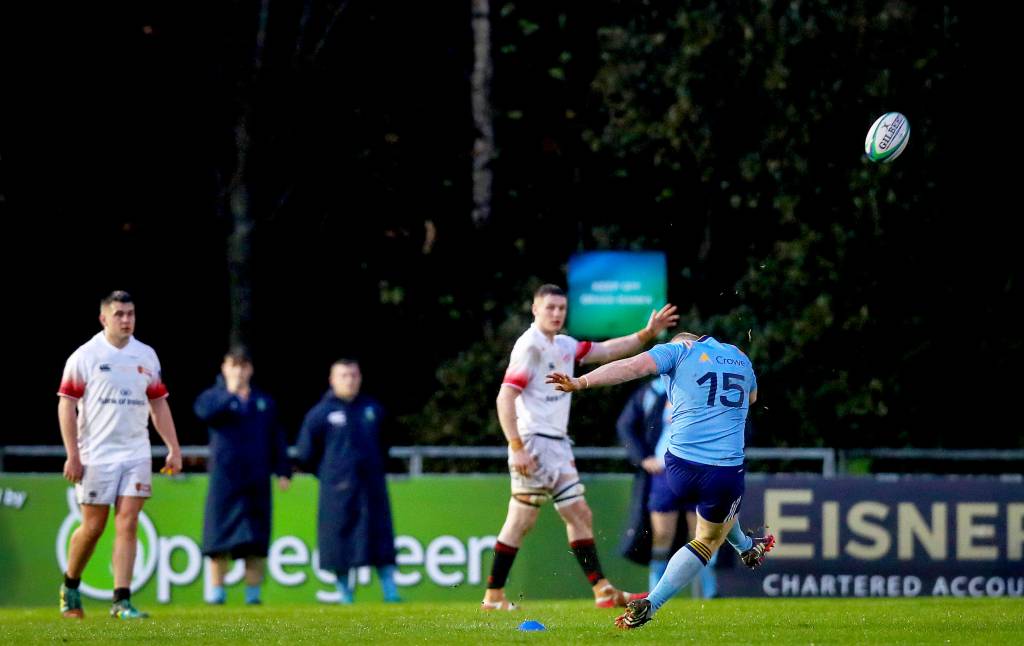 There were plenty of knock-ons and stop-start phases in the difficult conditions, with UCD appearing to cope better as their pack set up another opportunity for Doherty. He nailed the 17th minute place-kick for a 6-0 lead, with James Ryan’s younger brother David leading a strong midfield defence which curtailed Trinity’s forays.

However, Trinity scrum half Rowan Osborne was proving to be a real livewire, consistently sniping around the fringes of rucks and working the short side for openings. It was his clever 27th-minute break which should have set up the opening try, but his pass to the supporting Max Kearney was knocked on by the openside flanker and a gilt-edged chance was lost.

Nonetheless, the breakthrough came for Tony Smeeth’s side just after the half-hour mark with a superb surge up the right wing involving Sheehan, Reuben Pim and Osborne whose well-timed pass put winger Russell away for a straightforward finish near the corner. Out-half Micheal O’Kennedy nudged the conversion wide, leaving UCD with a 6-5 advantage to take into the break. 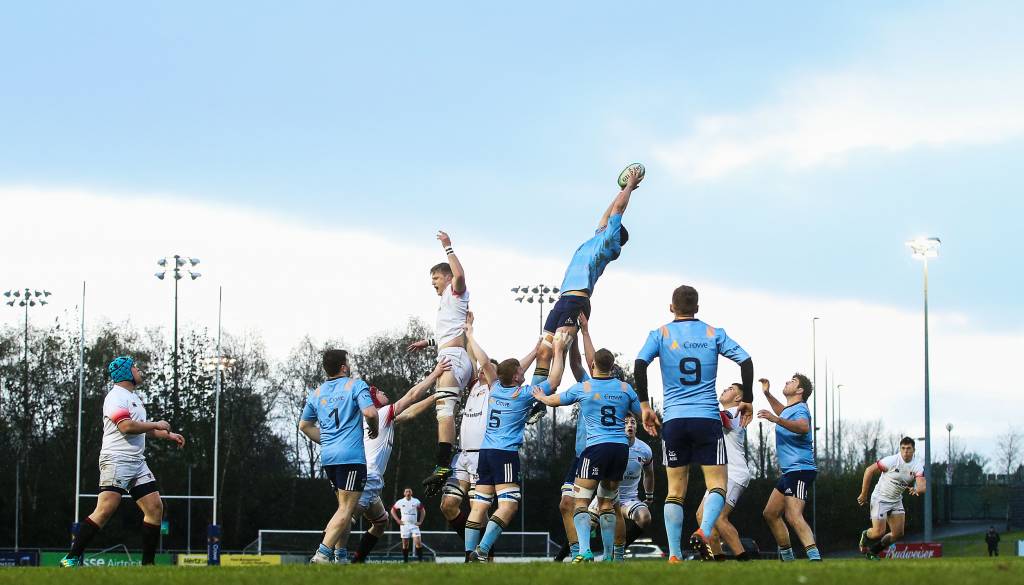 As the rain began to pelt down, Trinity suffered a couple of early second half setbacks as O’Kennedy fired a penalty wide from the right and their full-back and captain Colm Hogan was forced off through injury in the 45th minute. James Fennelly came on in his place and watched Doherty misfire at the other end as the one-point gap remained in place.

The exchanges were becoming far more attritional and each scoring opportunity held even greater importance. Just inside the final quarter, Fennelly, the visitors’ top scorer across the league campaign, took over the kicking duties and nudged Trinity in front for the first time. It was a brief lead as Doherty hit back with an outstanding three-pointer from distance. 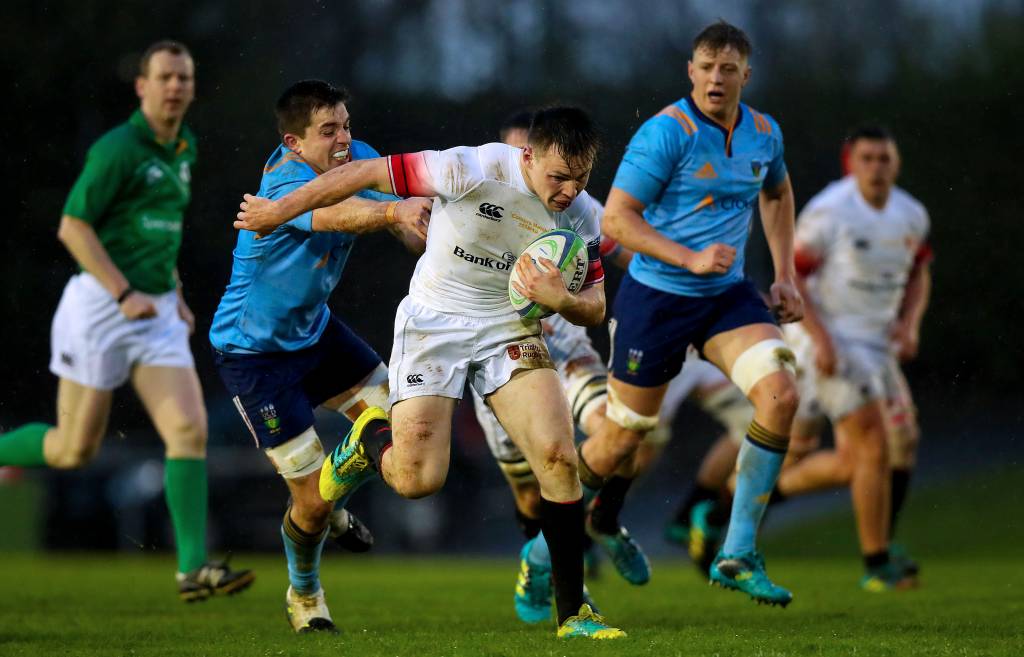 Up stepped Fennelly to reply from 35 metres out, with little over 10 minutes remaining, and Smeeth’s men never looked back from there. Try as they might, UCD regained precious territory but could not create enough space in attack or draw another penalty for Doherty. Indeed, it was the clinical edge of the play-off chasers that ultimately decided the outcome as they won the Colours for the 24th time.

UCD struggled to clear from a scrum near their own line, and the industrious Trinity forwards chipped away through a series of pick-and-goes, blindside Johnny McKeown gaining serious momentum on a drive right up to the posts before Sheehan picked from the base and plunged in under the posts.

Replacement Fennelly converted for a nine-point cushion before Doherty responded with his fourth successful penalty from the last kick of the game, collecting a losing bonus point which could be important for Andy Skehan’s men when the final league standings are formed next week. 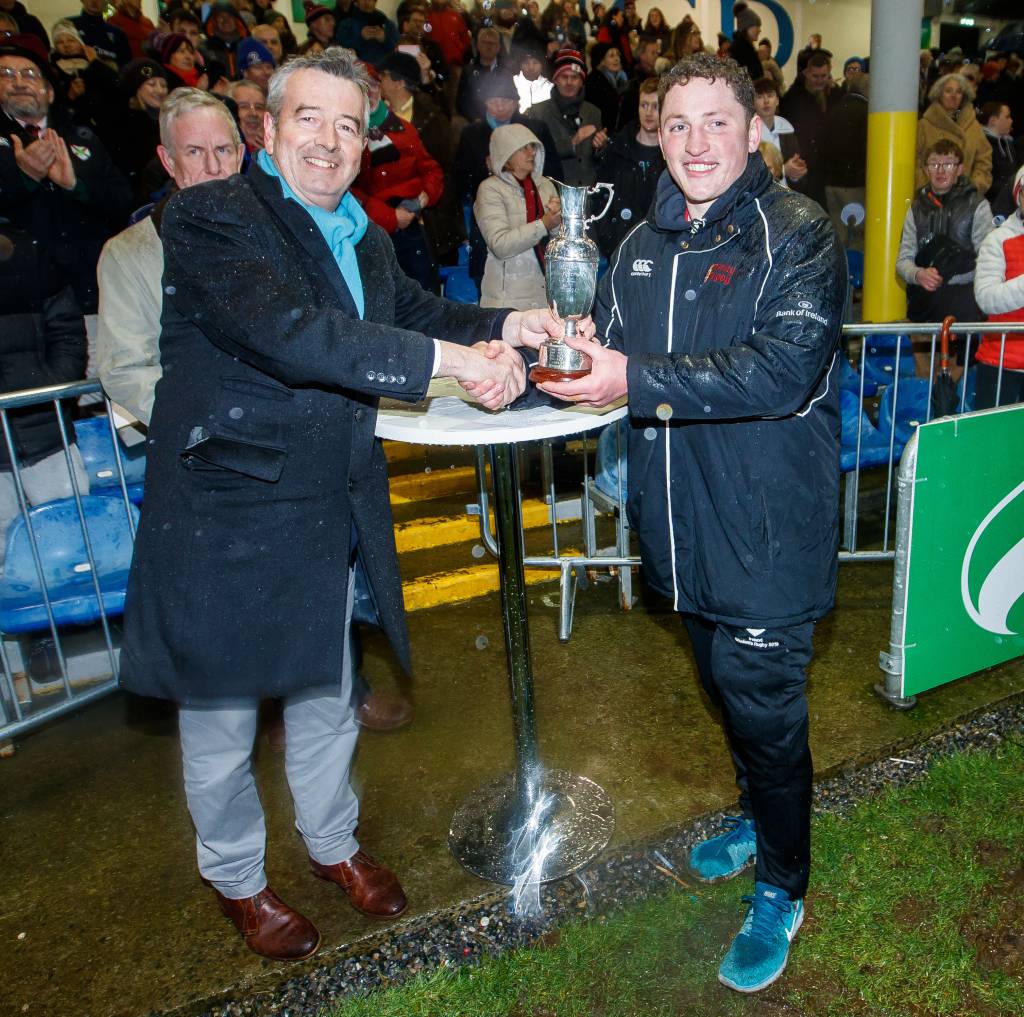 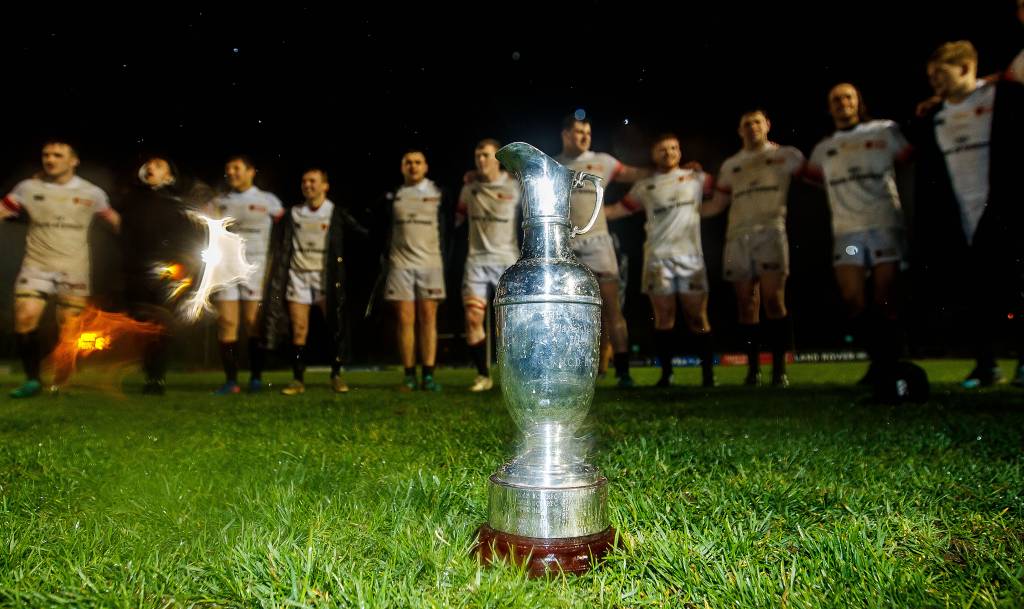