The Cork venue has been a real fortress for the Ireland Under-20s, particularly during this season’s Grand Slam-winning run, and the Ireland Women got to experience that at the midpoint of the TikTok Women’s Six Nations.

5,039 fans were present for the first ever Women’s rugby international on Leeside, ensuring the noise levels were just as loud as that produced by the attendance of 6,113 for Ireland v Wales at the RDS which set a new record for a standalone Women’s Six Nations game in Ireland.

Excitement will build in due course for their final home match of the Championship against Scotland at Kingspan Stadium in Belfast, but Cork was certainly an unforgettable leg of Ireland’s 2022 campaign.

Savouring the afterglow of the 29-8 bonus point victory, Fryday said of the support: “It’s amazing. To look up into the crowd and see hundreds of little boys and girls that have come to support us. It’s just uplifting.

“Like, when you’re on the pitch and you hear the roar of the crowd, it lifts you as a player and pushes you on that little extra bit.

“For us to get down to Cork and to get to move around the country, I think it’s great for local clubs. I was talking to Mallow and Clonakilty players, it’s just great for those little girls and boys to get to see us and watch us play.”

McWilliams and his fellow coaches watched on proudly as the girls in green reeled off five tries, including a penalty try from a much-improved scrum with tighthead Christy Haney coming in for her first start.

It was a day of firsts for Ireland as Lucy Mulhall, Neve Jones and Katie O’Dwyer all scored their first Test tries, and there was a debut in the second half for Ballygarrett youngster Aoife Wafer who unfortunately spent ten minutes in the sin bin. 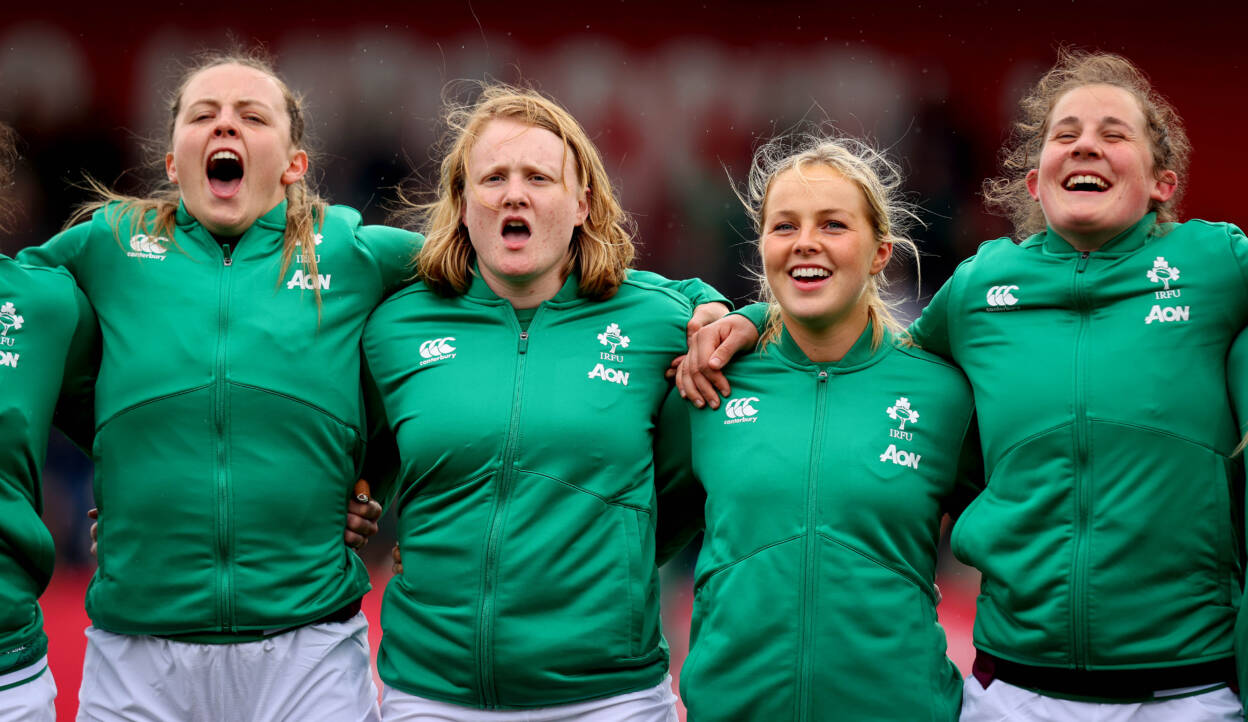 The recent Leinster Under-18 captain returned to force a penalty at the breakdown and, with a memorable first cap presentation and singsong on the pitch afterwards, Wafer was understandably in McWilliams’ thoughts post-match.

“It was good to use the entire bench. There’s a big collective thing going on, so the fact that we weren’t just throwing people on for three minutes, that we were giving people 20 minutes and longer to come on and make a difference and have an impact.

“It’s something important because we’ve got to build our depth, so it was just a good time to bring on the likes of Aoife Wafer who has just turned 19.

“Like, the poor thing got the yellow card, so for her to come back on and at least win a breakdown penalty, that for me was just great for her. She just received her first cap and that’s a great thing.” 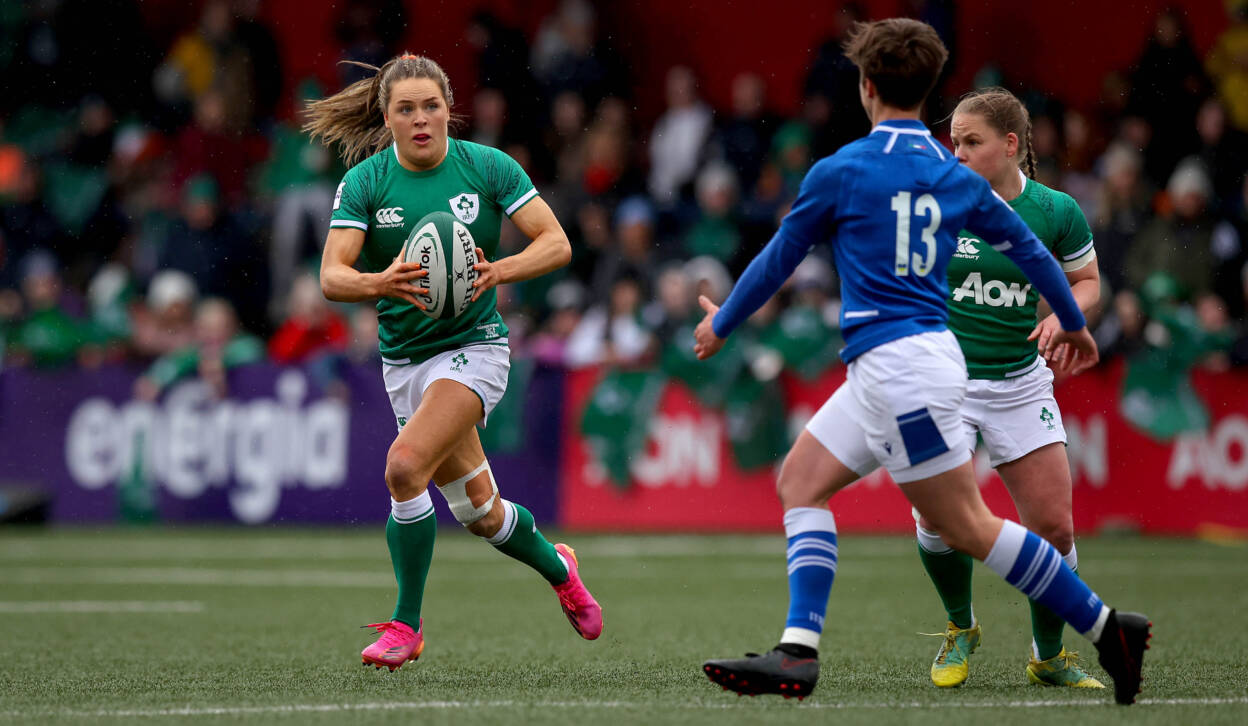 There were plenty of familiar faces in terms of family members, friends and club-mates in the crowd, both young and old, and others who might have been attending their first Women’s international.

As Fryday mentioned, the players enjoyed meeting some possible future stars who hunted for autographs and selfies at pitchside. That groundswell of support drove Ireland on to their best performance of the new coaching reign.

McWilliams added: “The support has been fantastic. Again there’s elements of that game I’m not particularly happy about now. We always talk about the performance, absolutely loved the fact that we won.

The energy is amazing from the crowd, I can’t get over it. But there’s a lot more that we’ve got to improve. We’re only at the start of a journey, so as long as we stick to task.

“We’ve got work to do (Monday morning), get back at it. We’ve got two weeks until we play England and obviously that’s going to be another challenge.

“But for momentum this win is really important and the crowd had a lot to do with that.” 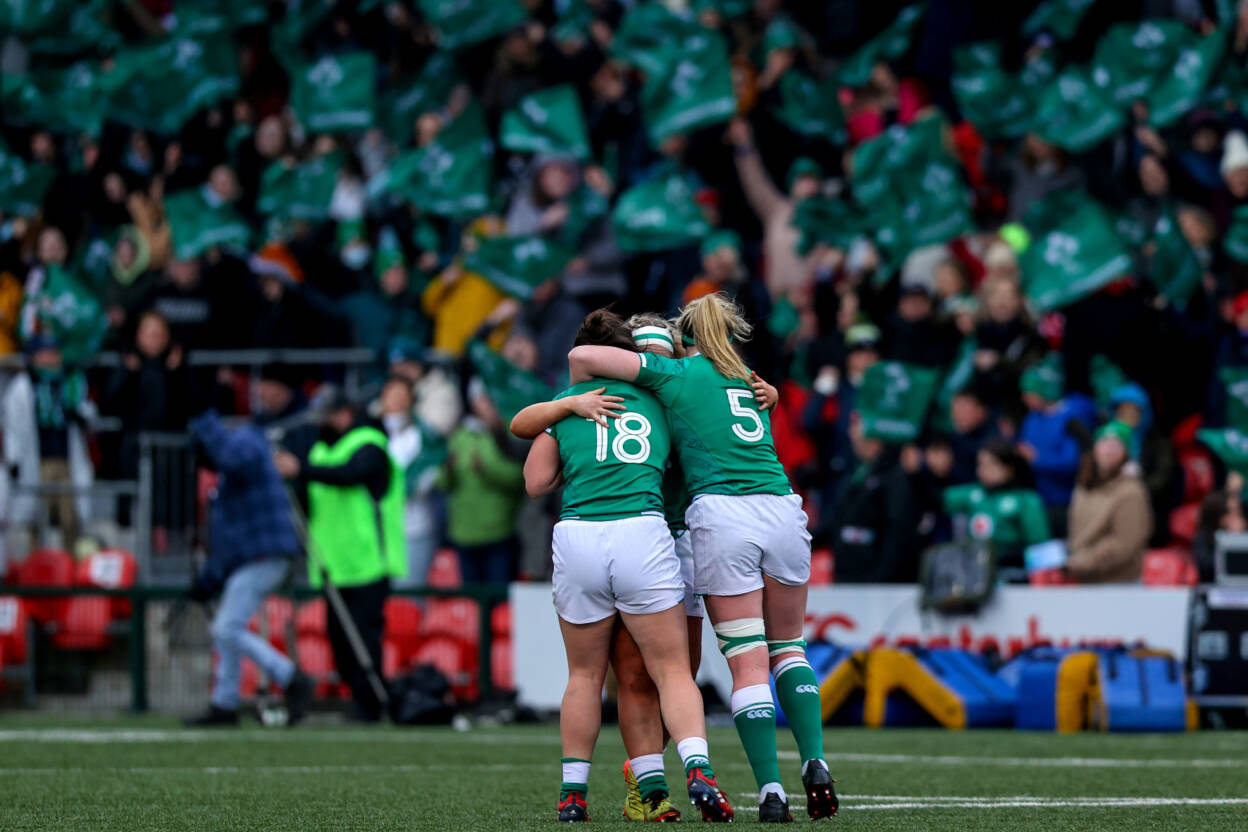 Those who stayed on in the West Stand at Musgrave Park were treated to a lovely moment when Fryday presented young flanker Wafer with her first cap. Watching on close by were her parents, family members, friends and club-mates.

The traditional ritual of singing a song after your debut saw ‘Party In The U.S.A’ belted out by the Wexford teenager, with more than a little help from her team-mates who mobbed her at the end, showing how tight their bond already is.

Explaining the decision to do the cap presentation on the pitch, McWilliams said: “Every time we’ve given caps out we’ve been on Zoom links with the parents and family members, so just to have the parents there it meant a lot to the players.

“They wanted to do it, it’s something that the players felt was really important. It’s a big day for us, Aoife Wafer’s getting her cap. It’s big for the family, it’s big for the whole group.