The Women’s club season came to a close on Saturday with Malone winning the Energia All-Ireland Shield in convincing fashion against Co. Cavan.

It was a gallant effort from Co. Cavan in this all-Ulster final at City of Armagh’s Palace Grounds – Brigid Reynolds and Megan Edwards stood out for them – but Malone’s AIL experience ultimately told in a 53-0 victory.

Five of Malone’s starting backs crossed the whitewash, with Jill Stephens and Jana McQuillan both touching down twice. Number 8 Lauren Maginnes and replacement Donna McGovern also got in on the act before captain Peita McAlister lifted the silverware.

Giving her reaction afterwards, McAlister told IrishRugby.ie: “It’s absolutely brilliant. It was a tough season coming back, we had a lot of players injured and it was a long slog, but to come away with silverware at the end of it is fantastic for the girls and for the clubs.

“We had some awful losses this year, but you expect that coming into the AIL. It was only our first real season, the first one got cut short (due to Covid-19). 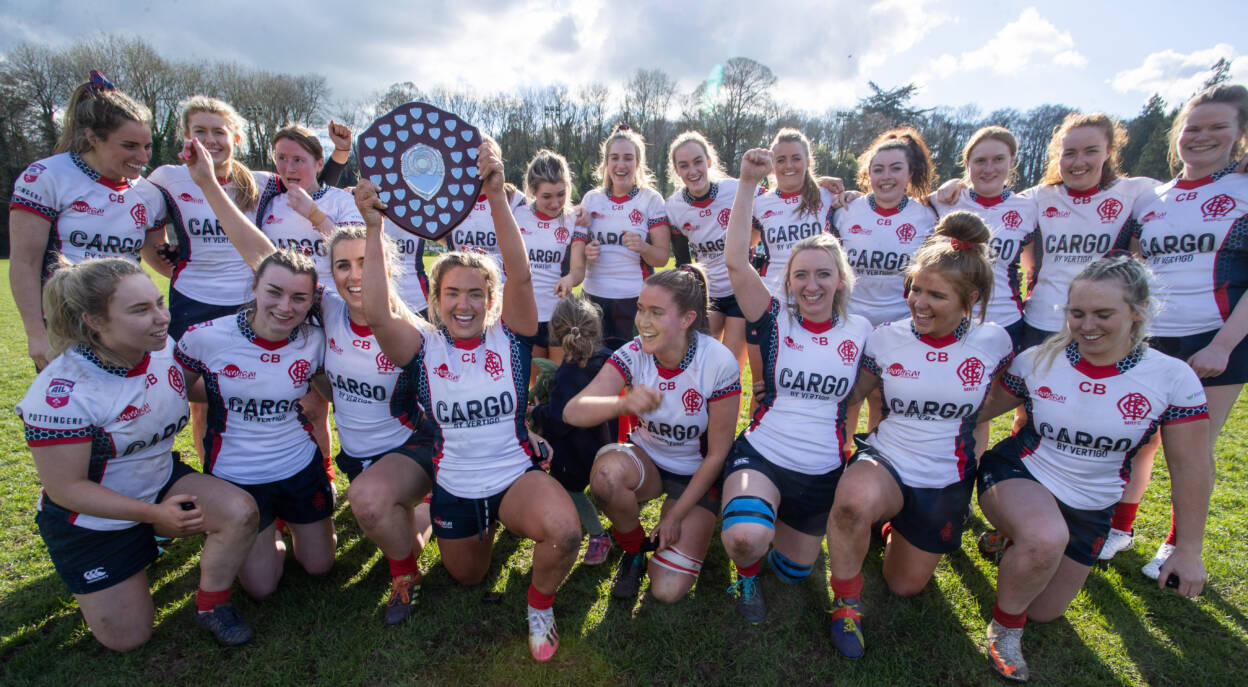 “But you battle it out, you’d rather lose a couple of games and learn than finish on a high like that. We’re definitely looking forward to getting back into pre-season, hitting the ground running with some silverware in the cabinet.

“This is just the cherry on top. We can go away, we can wash our hands of this year and we can learn. It creates a great buzz around the club and I know there’s a big party for whenever we get back (to the club) today too.”

Malone hit the front inside the opening minutes, Sarah Murphy’s well-timed pass releasing centre Jordan on an arcing run which took her past Kerri Morgan and Etna Flanagan and all the way to the try-line. 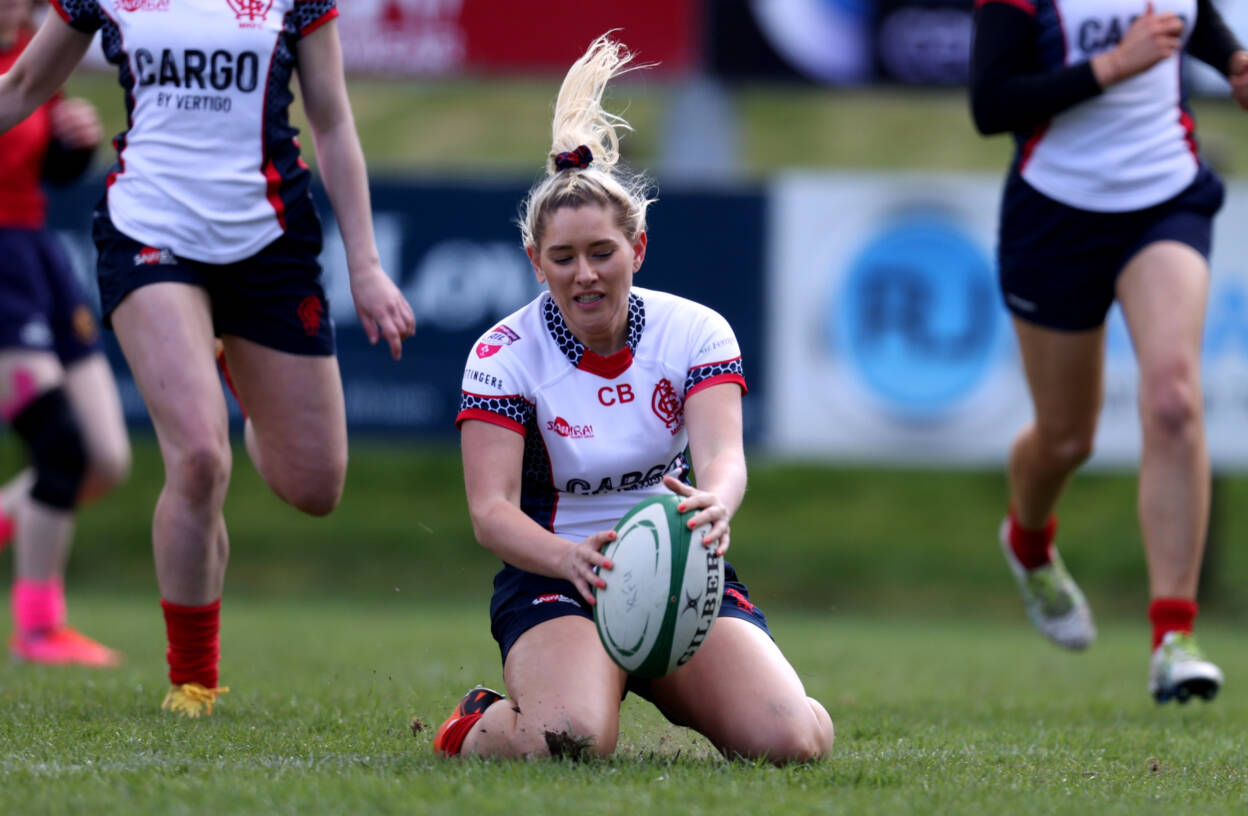 Cavan’s Lauren Carpenter responded with a textbook turnover, their strong scrummaging an encouraging sign and they also scrambled well in defence as Malone’s Maginnes began to make ground with her carrying.

Exciting Cavan winger Edwards showed her speed on a run up to halfway, while Lauren O’Riordan showed her mettle in defence with a big tackle to force the dangerous Holly Brannigan into touch.

Rebecca Smyth stole a Cavan lineout in their 22, with Malone able to work the ball wide for winger Stephens to score. Brannigan added a superb conversion to make it 12-0.

Good passing from McAlister and Ella Durkan released Maginnes and she fed McQuillan to open her account in the left corner.

Another Carpenter turnover lifted Cavan, along with two barnstorming carries from Reynolds. Edwards rushed up to force an error from the covering Brannigan and the Ulster Premiership champions’ powerful scrum earned them a close-in penalty.

Despite a Durkan turnover, Cavan kept the pressure on with sidestepping runs from Kayleigh Rogers and ageless full-back Flanagan, but again Malone were able to scoring once they got the ball wide and into space.

Cara O’Neill’s well-won turnover penalty launched them forward and although winger Rogers denied them initially, Durkan drew in a couple of defenders when they came back to the left side as she sent Brannigan over for try number four. 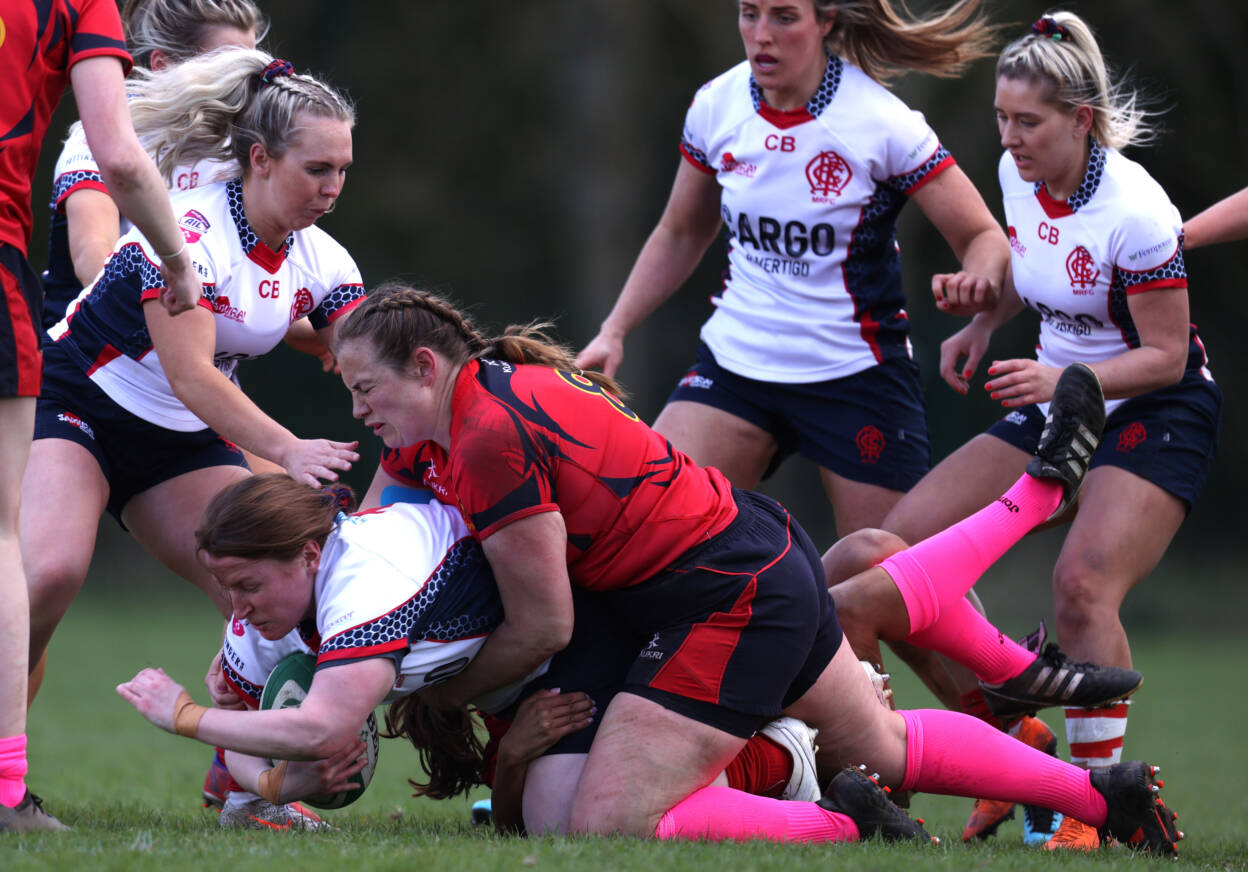 Leading 22-0 at half-time, the Cregagh Red Sox quickly extended their lead. Jordan’s impact at a ruck allowed her centre partner Durkan to used the turnover to sidestep through and score from 45 metres out.

Brannigan converted and Malone immediately added another seven points from the restart, back rowers O’Neill and Maginnes combining neatly to send McQuillan scampering clear – avoiding Flanagan’s fingertips in a tackle – from just inside her own half.

Despite a terrific burst by Flanagan, Malone countered and were clinical again once within striking range. Maginnes broke clean through from a ruck and then McQuillan used two hand-offs to complete her brace in the right corner.

41-0 soon became 48-0, Smyth’s lineout steal allowing Maginnes to show her strength as she burst past three defenders and raided in behind the posts for Durkan to convert.

Cavan battled on, showing their tenacity and threatening through Edwards out wide. However, Malone registered their ninth and final try when Jordan countered brilliantly from a kick and Durkan managed to send McGovern over from close range.