Vice-captain Cormac Daly delivered a hat-trick of tries as Clontarf convincingly dispatched Dublin University 27-7 to stay two points clear at the top of Division 1A.

The 6ft 6in lock, who had a short-term stint with Connacht last year, touched down twice during the first half at Castle Avenue. He added a third after Clontarf replacement Ben Griffin had been sin-binned.

Dublin University had high hopes of testing the table toppers having claimed the scalps of Lansdowne and Young Munster, but the north Dubliners proved too strong, particularly up front.

Leinster talent David Hawkshaw was back at out-half for ‘Tarf and his first half penalty helped to establish a 13-0 lead at the break.

Daly delighted the home crowd with an excellent individual try in the fourth minute, gliding through a gap from 35 metres out and stepping off his left to cut inside full-back Rob Russell for a memorable score. 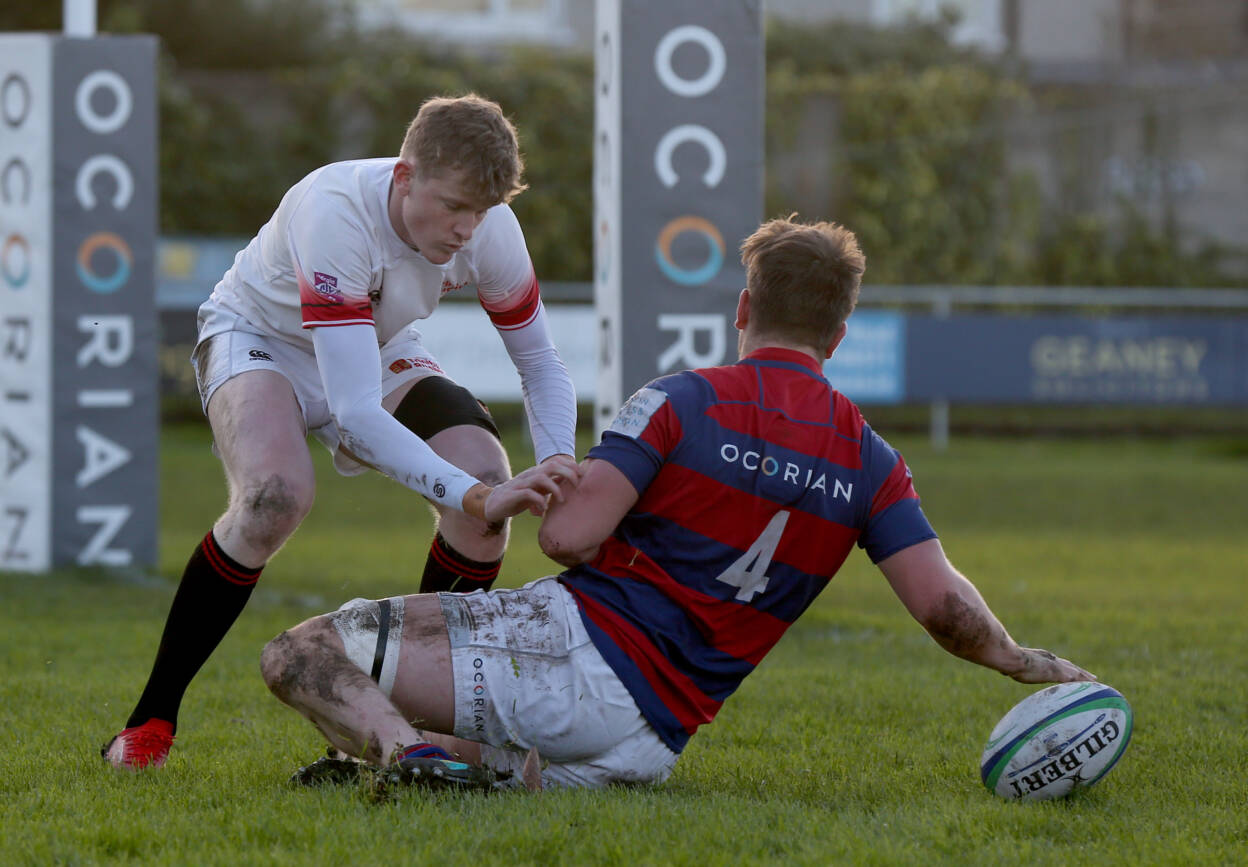 Hawkshaw’s conversion went wide off the post and Trinity responded strongly, marching into try-scoring range off a couple of penalties before Tadhg Bird made an important tackle on the advancing Joe McCarthy.

Bird also tackled fellow winger Hugh Twomey into touch as ‘Tarf kept the students scoreless, and defences remained on top with Trinity staving off a maul from the hosts and a midfield carry from Matt D’Arcy.

Clontarf’s pick and drives began to make inroads in the second quarter, the forwards going close before Hawkshaw knocked on just a few metres out.

JP Phelan slipped at a crucial stage as Trinity survived a bout of scrum pressure, and ‘Tarf were left frustrated again a few minutes later when Marcus Kiely came up with a big turnover for the visitors.

‘Tarf took the points on offer from a subsequent scrum penalty, with Hawkshaw splitting the posts in the 34th minute to open up an eight-point advantage.

Another scrum penalty launched them forward approaching the interval, and the pack hammered away before Daly burrowed over successfully, with his second row partner Ed Kelly on the latch. 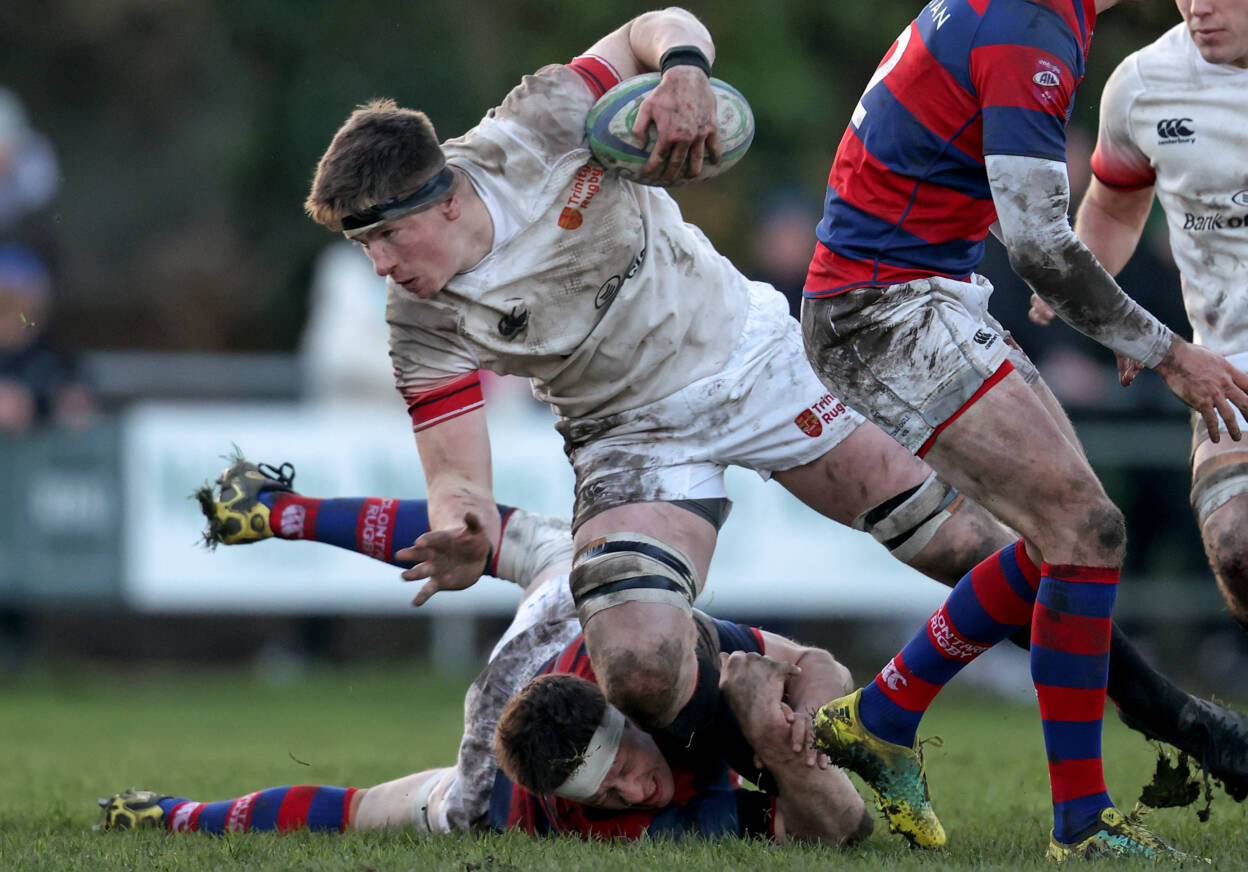 Early on the restart, Trinity won a scrum penalty and had it marched forward ten metres for backchat, teeing up a long-range shot at the posts which Aran Egan missed to the left.

After taking a mark and tapping it quickly, Cian O’Donoghue set off from the ‘Tarf 22, linking neatly with D’Arcy who brought his side back into Trinity territory.

Suddenly, two impressive offloads from Max Kearney and Bird had full-back Conor Kearns haring down the right touchline. Trinity number 10 Egan was guilty of a high tackle and saw yellow.

The students stood firm, turning over a maul close to their own line before Russell thwarted Bird from an Angus Lloyd grubber kick. However, ‘Tarf’s persistence paid off from their next attack. 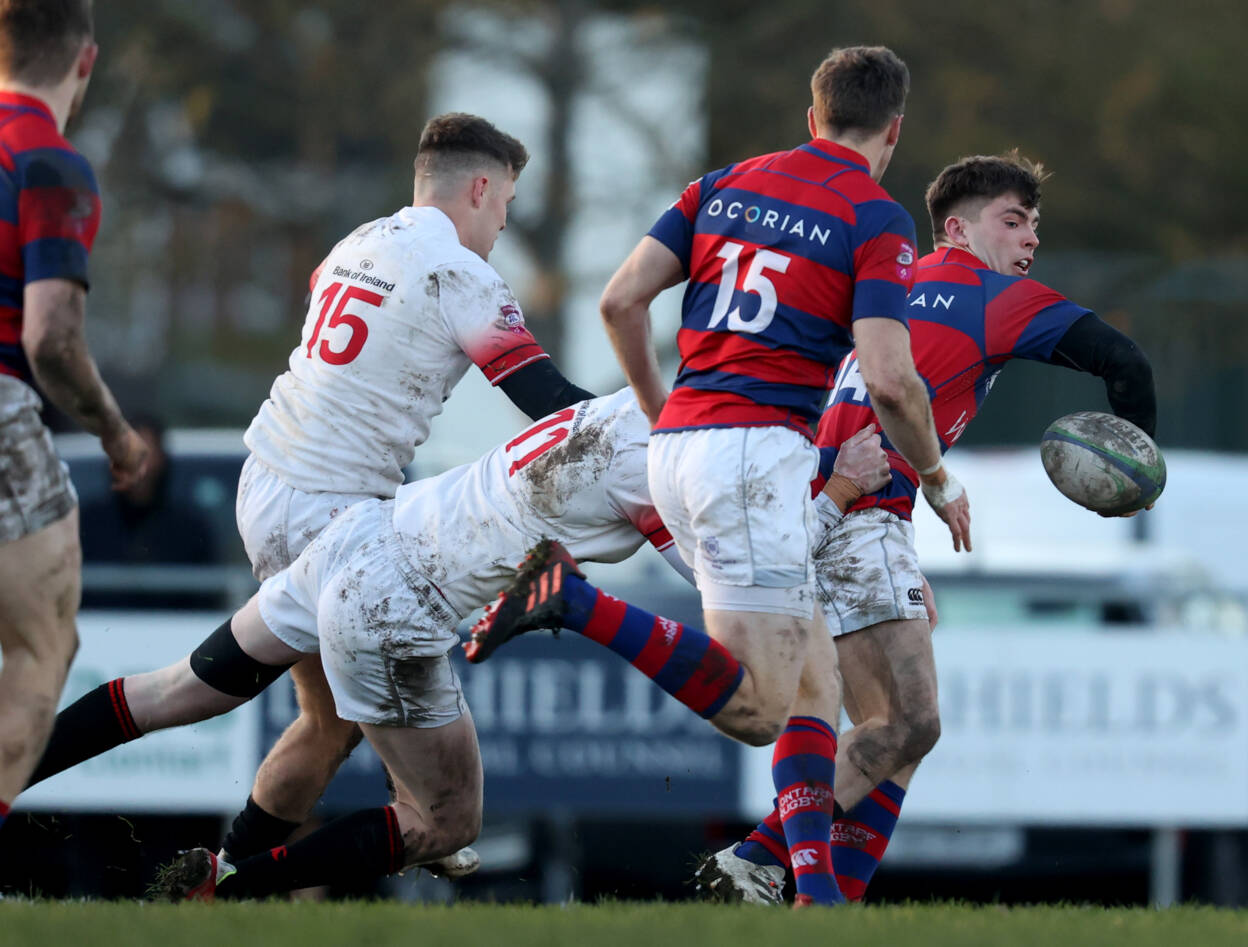 The maul built up a head of steam, Trinity were forced to infringe for the concession of a penalty try, leaving them 20 points down.

A smartly-angled run from Ronan Quinn saw Tony Smeeth’s youngsters up the pace for the next few minutes, causing Clontarf to leak penalties in their own 22.

The end-product was a hard-earned try from a maul for lock Harry Sheridan, which replacement Mick O’Kennedy converted with 10 minutes remaining.

The number of penalties caught up with ‘Tarf, who lost Griffin to the bin for being slow to roll away. The students were inches away from a second try, flanker Alan Francis being held up.

That proved to their last chance, though, as a loose pass in midfield was pounced upon by Clontarf replacement Jack Power. He was brilliantly hauled down short by Twomey, but Daly made sure he had the last word.

The talismanic ‘Tarf second row stole the resulting lineout and then sprung clean through from a close-in ruck to touch down and complete his player-of-the-match performance. Hawkshaw converted. 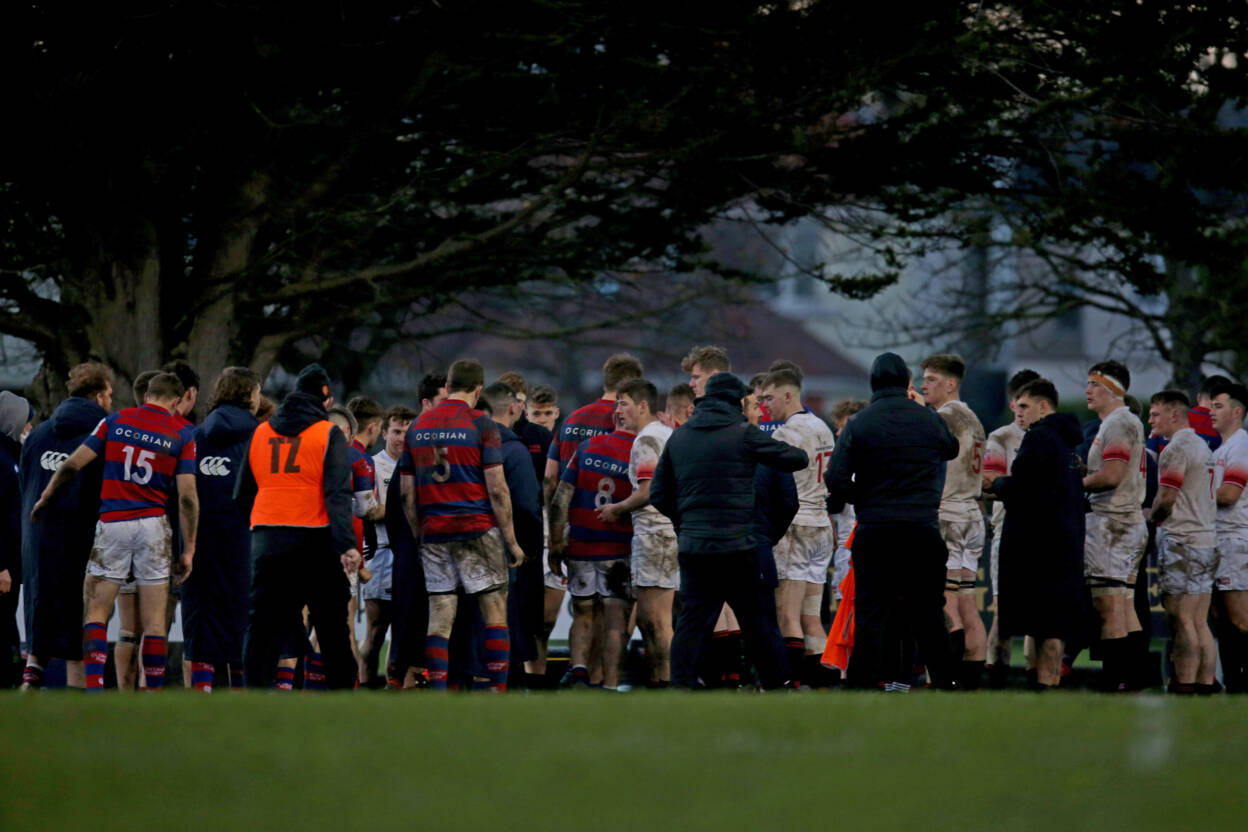