Most of the statistics may have been in their favour, but Ireland ultimately fell short to France in the second round of the Guinness Six Nations Championship at the Aviva Stadium.

Despite enjoying 55% of the possession and making 781 metres off 126 carries (in comparison to the 505 metres made from 85 carries by their opponents), a Ronan Kelleher try and the combined boots of Billy Burns and Ross Byrne were not enough to get Andy Farrell’s side past les Bleus.

Speaking in the aftermath of the 15-13 defeat, Ireland centre Robbie Henshaw acknowledged it was disappointing to lose out when the foundations appeared to be in place for victory.

“It’s a tough one when you look back at the stats and it shows how dominant we were,” he said. “We need to be a bit more clinical and take the chances when they come.

“Unfortunately, Lowie’s knee was in touch or his foot hit touch. It’s possibly a different game if that’s a try. Those fine margins that you don’t really get second chances at, at this level.

“We’ve seen that now for the last couple of weeks that you really need to take your chances when they come. I think that’s probably what is standing out.

“We’ll have a good look at it in detail over the next few days and it will be hard to look at. We’re all very disappointed, particularly because the effort was so positive from everyone. 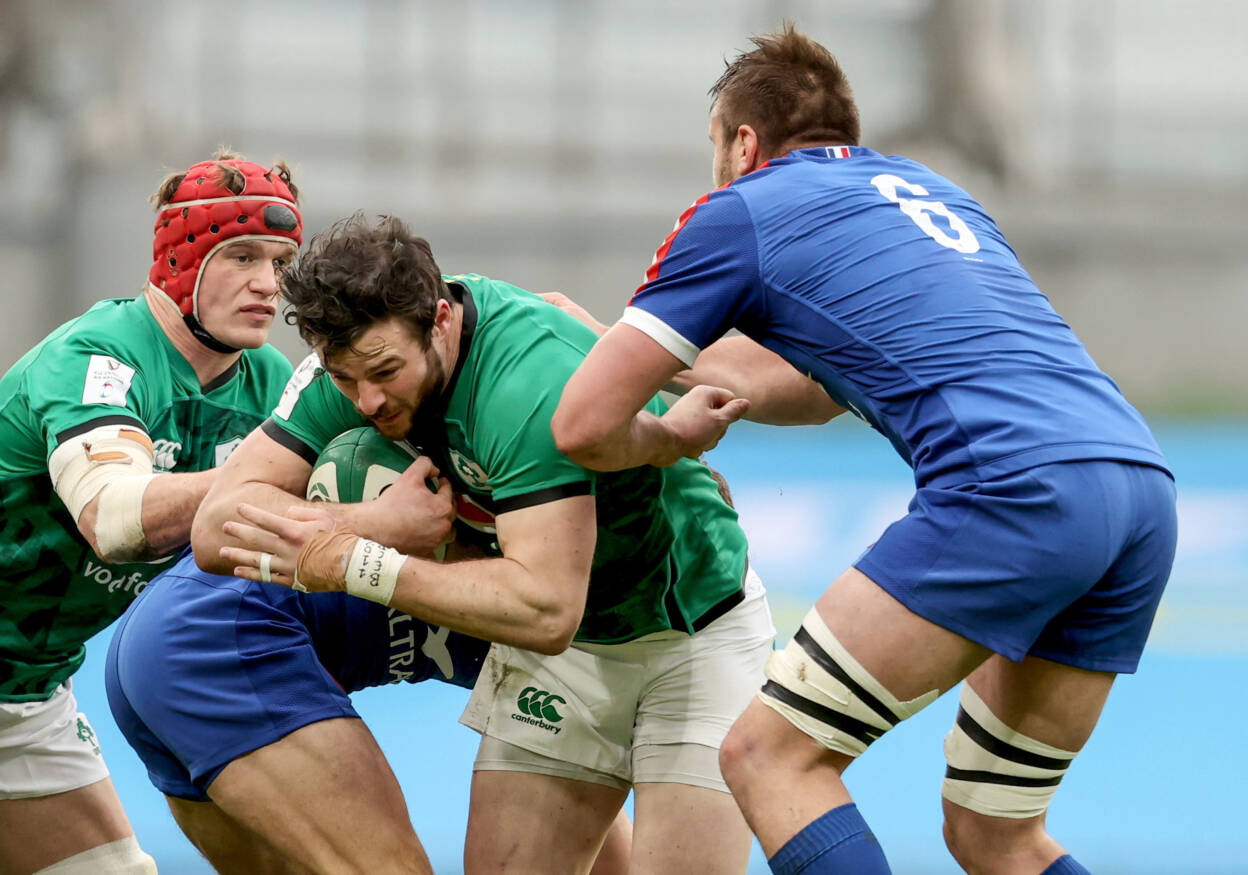 “We really went after it and it just shows what France have when they do pull together. They pulled together a good few miracle offloads and when they keep the ball in hand, it shows how dangerous they can be if you give them a sniff.”

Although Henshaw and Ireland are still searching for their first Six Nations win of 2021, the Athlone man has seen some encouraging signs of progress in their performances.

“Definitely unlucky not to get James Lowe in the corner in the first half. There’s loads of positives to take. We just have to analyse it in detail.

“Obviously flipping back to last week (against Wales), it’s tough when we go a man down in the first half. That’s obviously hard to take, you’re playing with one less.

“There’s a positive from that, staying in the game for so long. We have two weeks now to dust ourselves off, to turn the page and make sure we attack the last block.”

In both today’s game and last week’s 21-16 reversal in Cardiff, Ireland found themselves within a score of their opponents and with the ball in their hands as the clock moved past the 80-minute mark.

They have not been able to conjure up a match-winning score on either occasion, but Henshaw is adamant that the current group are capable of pulling off last-gasp triumphs such as Paris during the 2018 Grand Slam.

“It’s not something we’ve addressed, about being behind in that position, but we’re 100% confident that we can go and score from wherever we are in that position with the clock ticking down.

“We’ve done it before, obviously against France a couple of years ago. We back ourselves in those positions. Unfortunately it wasn’t to be today. 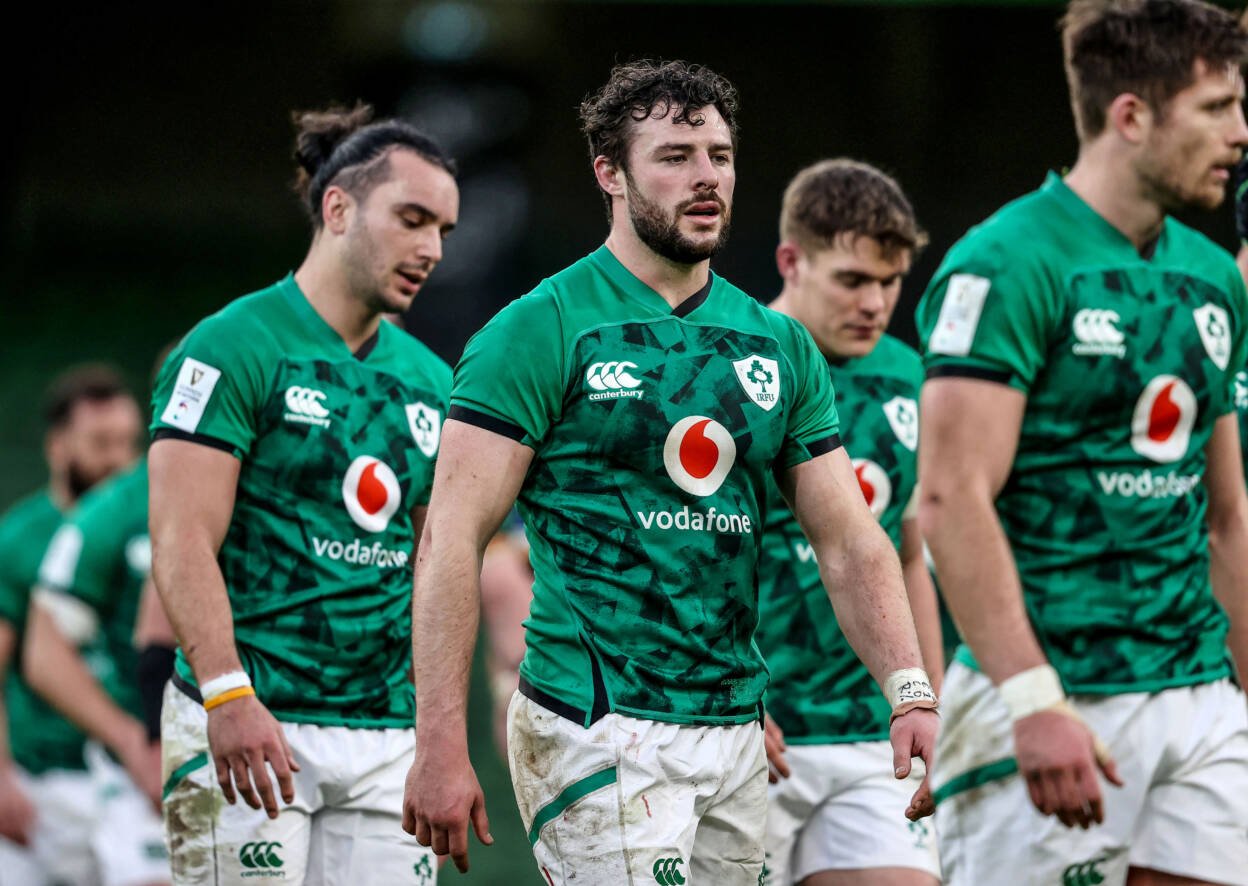 “They got a turnover at the breakdown, which I’ll have to look at. I’m not sure how they got it or if the ruck was formed. I think it was on the line, I’d say. Definitely we found, as we were rolling through the phases, we were making good dents in their defence as we held the ball.

“There’s definitely positives to take and everyone is down about the result, but we just need to stay closer together and look at where we can build on those positives.”

Indeed, Ireland will now switch their attention to Saturday week’s trip to Rome to face Italy. Speaking about the squad’s aims for the rest of the tournament, the 27-year-old added:

I think we have to have a look and see where we stand. I haven’t seen what the table is like now, but for us I think we need to go out and attack every game. Just play rugby and have a go every time.

“It’s a massive challenge for us. We’ll talk about it in detail next week, but there will be a plan there in place that we’ll just have to dust ourselves off and attack what’s coming next. Make sure we better our performance.”