Jordan Conroy was among the big winners at the HSBC World Rugby Sevens Series 2020 Awards, as the Ireland winger was crowned the Gilbert Top Try Scorer and earned a place on the coveted Men’s HSBC Dream Team for his standout performances last season.

The 26-year-old winger scored 30 tries in just 28 games during the truncated 2020 World Series, finishing eight ahead of USA speedster Carlin Isles, and Conroy’s exploits were recognised further as he was named on the Dream Team alongside some of the biggest names in Sevens rugby.

The award, which analyses teams’ performances at individual tournaments and across the Series to assess their capacity to improve throughout the season, was presented to Ireland captain Billy Dardis at the IRFU High Performance Centre, while Conroy received his Dream Team jersey from IRFU Director of Women’s and Sevens Rugby, Eddy.

“I’m really proud of the achievement as it was our first year on the World Series as a core team,” Conroy said. “For us a group to receive three awards, and in particular be recognised as a team, is testament to the work everyone has put in behind the scenes, from the players to all of the staff.

“To be named as the top try scorer and on the World Series Dream Team is an honour but again it is down to the hard work of everyone in the Ireland Sevens programme to enable us as players to go out and perform to the best of our ability. 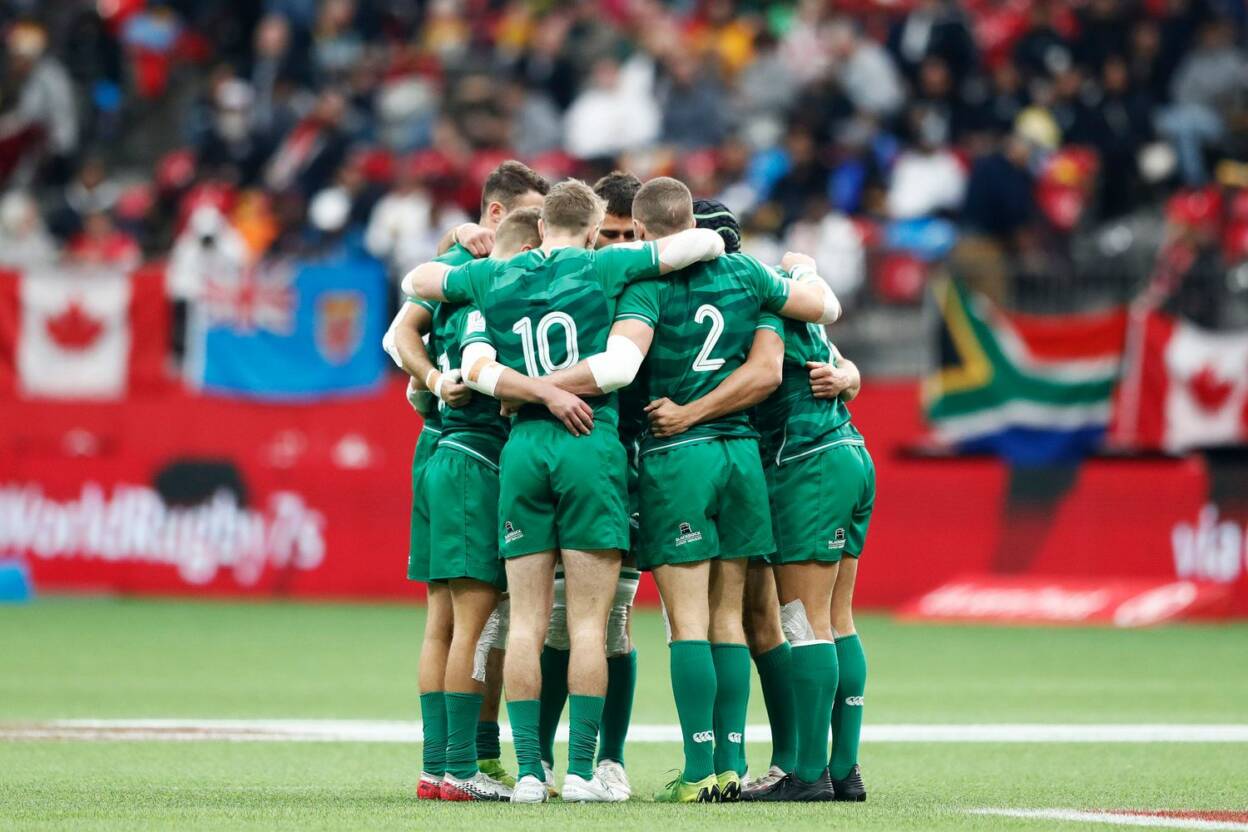 “These awards only give us more hunger as players and as a group to better ourselves and improve on our performances from this season. A big goal for us as a team is to achieve Olympic qualification and that vision remains undiminished. We are working hard to put ourselves in the best position to have a good season in 2021.”

Conroy’s try-scoring exploits throughout the course of the 2020 Series, from his five tries against Scotland in Dubai to crucial scores en route to quarter-finals in Cape Town and Los Angeles, brought the Tullamore native’s talents to a worldwide audience as Eddy‘s Ireland impressed during their debut World Series campaign.

The winger’s overall World Series try-scoring record now stands at a remarkable 45 in 43 games and Conroy’s extraordinary season also marks the second year running that an Ireland Sevens player has finished top of the try-scoring charts and on the HSBC Dream Team, after Amee-Leigh Murphy Crowe led the way on the Women’s circuit in the 2019 season with 35 scores.

The postponement of this summer’s Olympic Games means Ireland Men are facing into another big 12 months, as they bid to improve on their performances on the World Series in 2021 and build towards the Tokyo qualifying tournament.