Munster Rugby have announced that the province have received a €1.512m grant from the Government’s Large-Scale Sport Infrastructure Fund (LSSIF).

The funding will go towards the construction of an indoor training facility at Irish Independent Park with planning permission already approved for the project.

The new facility will be built primarily for Munster Rugby’s underage squads and the surrounding community with local clubs, schools and community groups set to benefit.

In a statement issued today, Munster Rugby said they would ‘like to thank Cork City Council, the Department for Transport, Tourism and Sport, and all local political representatives for their assistance’.

“Today’s grant announcement is a fantastic starting point but there is more work to be done in securing the remaining funds with a projected cost of €2.88m. Ambitious plans are in place for the area and today’s announcement is a very positive step forward,” it read.

The new indoor training facility will be located at the Pearse Road end of the stadium and will include a synthetic all-weather playing surface, a gymnasium, dressing rooms, treatment rooms, a kitchen and public toilets.

The all-weather playing surface will be 60 by 40 metres and the gymnasium will be 2,000 square feet. The plans also include a new single-storey ticketing booth and increased parking for both cars and buses.

The facilities are at the centre of Munster’s strategy for growing the game in the province and engaging with the local community and will complete phase three of Irish Independent Park’s development. 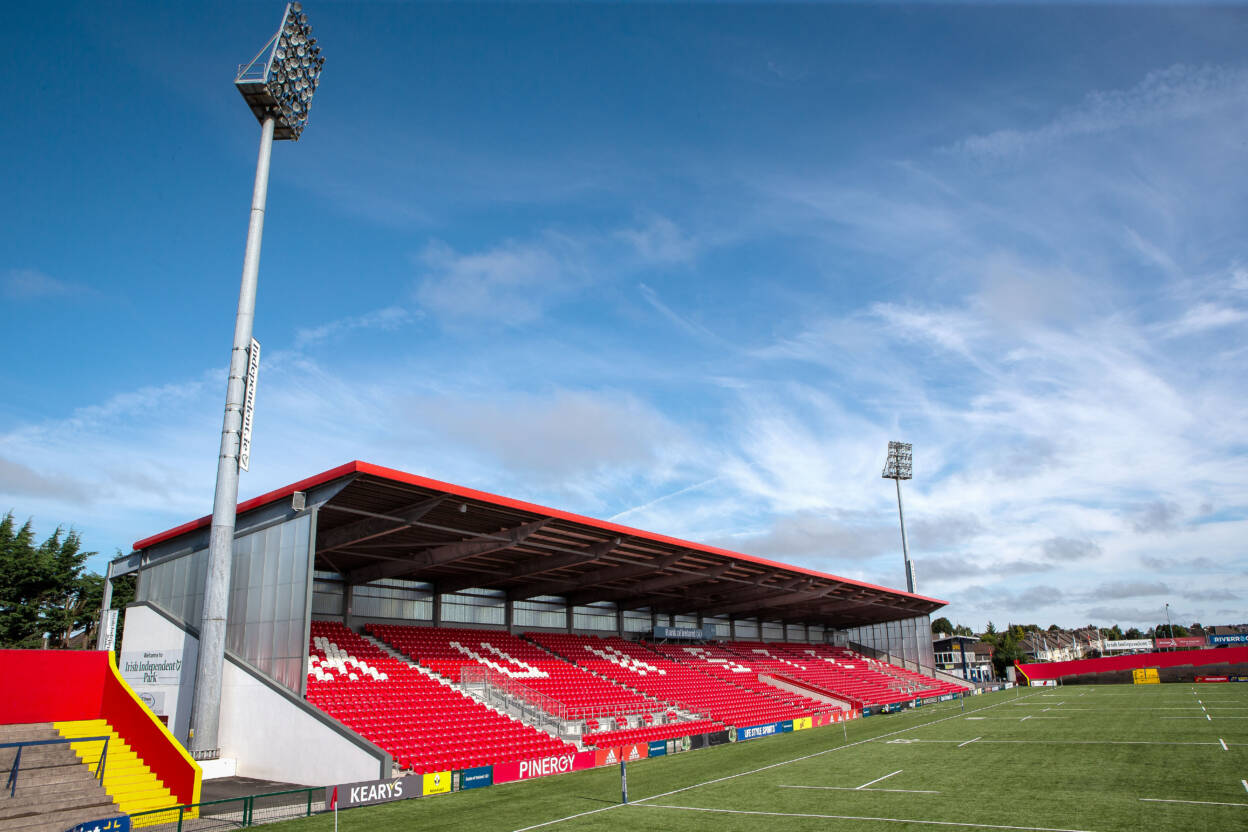 Two major redevelopments have taken place at the venue over the past five years. A €3.2m investment by Munster Rugby saw major redevelopment work take place five years ago. A new 3,500-seater West Stand was constructed and the East Terrace was covered with the stadium capacity set at 8,008.

In 2018, a new modified 3G pitch surface was laid by Tralee-based company PST Sport. The state-of-the-art pitch has allowed for a significant increase in games played across a number of sports and disciplines at the venue.

Along with a huge increase in the number of grassroots rugby games played on the pitch, a diverse range of activities are also taking place in the multi-purpose venue, from frisbee tournaments to weekly yoga classes.

The economic benefit of Irish Independent Park for the surrounding area has grown exponentially in recent years. The newly-installed pitch has paved the way for the stadium to become one of the country’s top music venues with six concerts taking place at Irish Independent Park last summer. Over 65,000 people attended the events with seven more concerts planned for next summer.