The Women’s All-Ireland League season comes to a mouth-watering conclusion at Energia Park on Saturday, with Malone and Suttonians battling it out for promotion, and title holders UL Bohemians and first-time finalists Railway Union meeting in the live-streamed main event.

Clubs are invited to post the best tries from their Women’s All-Ireland League fixtures on the club’s Twitter, Facebook or Instagram pages using the hashtag #AILWomensTry and tag @irishrugby. The scorer of #AILWomensTry of the Month will receive a voucher for €250 and each of the monthly winners will be entered into the #AILWomensTry of the Season competition.

Admission: €5 for adults, payable on entry. Under-16s and students are free

Preview: This season’s Women’s All-Ireland League decider marks a historic achievement for both UL Bohemians and Railway Union. Defending champions UL are on track for a record 14th title, a three-in-a-row and a league and cup double, while this is Railway’s first final appearance at this level after three successive semi-final exits.

It was one win apiece during the league phases and Railway’s superb 29-7 semi-final victory at Old Belvedere showed the best of what John Cronin’s side can muster. He has stuck with the winning formula from that game, Claire Keohane and captain Niamh Byrne marshalling the backs with Ireland prop Lindsay Peat continuing at number 8.

The back row of Peat, former Canadian international Emma Taylor, their leading try scorer with seven tries, and Emma Murphy, who ran in a slick intercept try against ‘Belvo, is a power-packed unit. Out-half Keohane, Peat and Larissa Muldoon, the Grand Slam-winning scrum half-turned-full-back, are three key players in their hunt for silverware, according to Cronin. 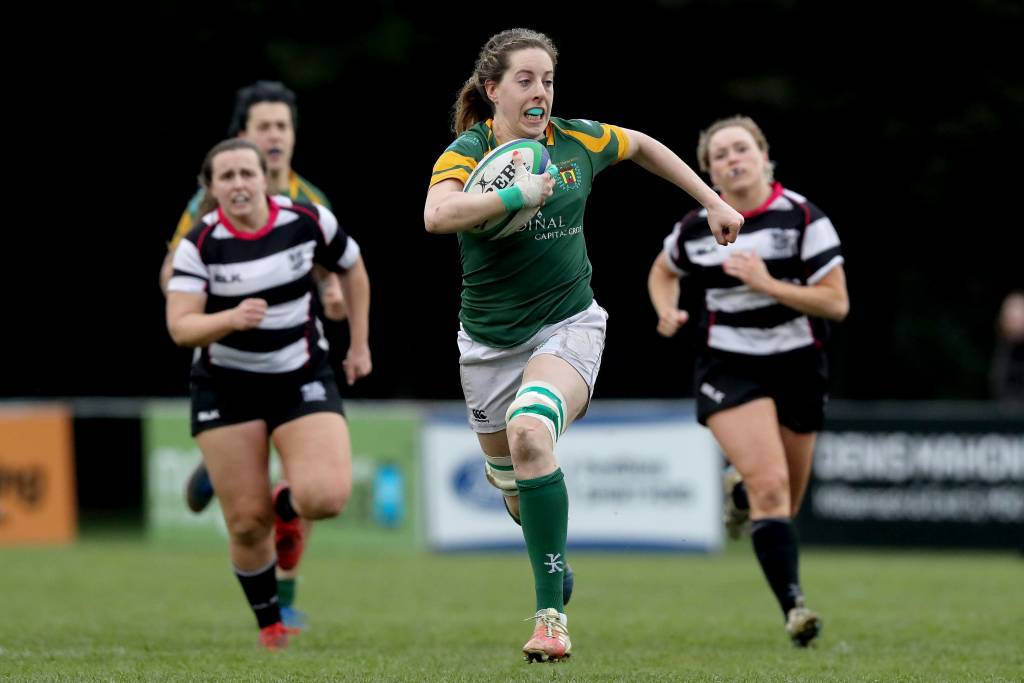 Railway have come through some sticky patches during the campaign, calling on some of their seconds players during international camps and breaks. A total of 41 players have lined out for the Dublin club in this season’s All-Ireland League, showing how much of a squad effort it has been to get them to this point.

Ireland Sevens international Byrne, who captains the side from outside centre alongside influential New Zealander Meg Kendal, has compared the final to an interprovincial fixture. “We are effectively playing Munster, as they are the entire Munster squad and they’ve only lost one interprovincial game in five years,” she said.

UL Bohs’ Australian head coach Ben Martin is expecting a tight contest with ‘both league games hugely physical and home advantage proving to be a big factor’. Back rower Sarah Quin touched down twice in their 27-19 November loss at Park Avenue, before the Red Robins gained revenge in February with play-maker-in-chief Niamh Briggs scoring 15 points in a 35-19 success on UL’s 4G pitch.

Outside the in-form Briggs at out-half tomorrow will be the twin threats of Rachel Allen-Connolly and Ireland-capped youngster Enya Breen, who turned 20 on Tuesday. Ever-reliable full-back Aine Staunton, a try scorer during last month’s All-Ireland Cup final triumph, has Ireland flyers Eimear Considine and Laura Sheehan either side of her. 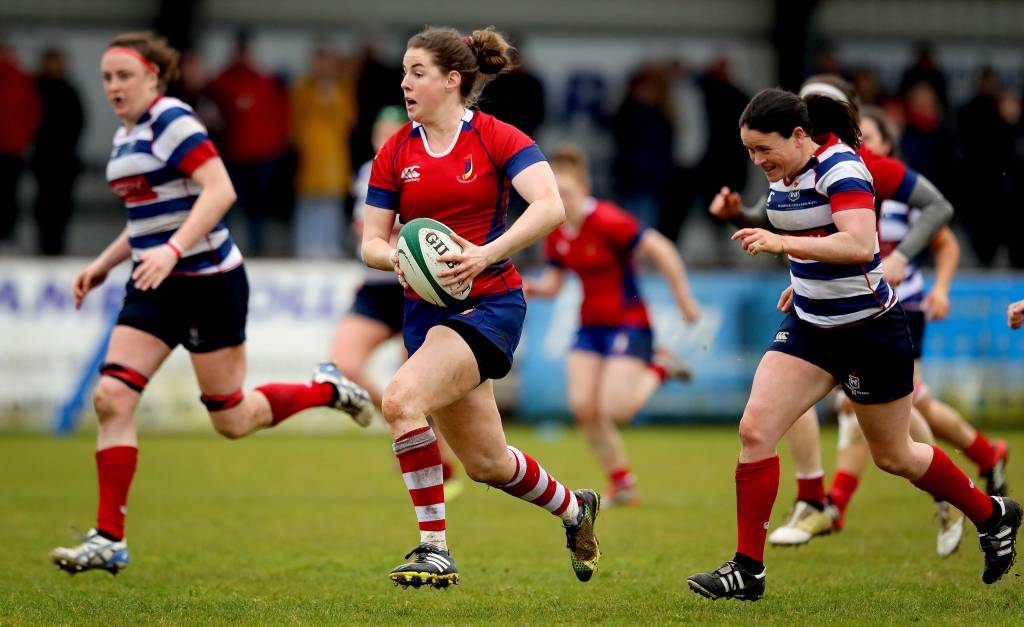 While skipper Fiona Hayes, fellow stalwart prop Fiona Reidy and top try scorer Chloe Pearse (six tries) led a dynamic Bohs pack, Martin has spoken glowingly of the club’s emerging talent, saying ‘their consistent individual performances have blown me away’. The mix of old and new has been a winning combination so far, but the acid test comes tomorrow in the capital.

Ulster champions Malone, who are coached by 2013 Grand Slam winner Grace Davitt, go head-to-head with unbeaten Leinster Junior League winners Suttonians in the curtain raiser at Donnybrook, as both sides vie for promotion to the top flight for next season.

After clinching a league and cup double, Davitt’s charges head into this winner-takes-all tie aiming to round off an impressive season. The same is true for Robert Forbes’ equally ambitious Suttonians team who have been in formidable form in Leinster, winning all 14 of their league games for a maximum haul of 70 points.

The Dubliners are certainly battle-hardened following their extra-time victory over Tullow in the Leinster League final. Defeating Cooke 15-5 in the All-Ireland Cup confirmed the players’ aspirations that ‘they can compete in the AIL’. However, their subsequent 19-3 semi-final loss to Blackrock marked the end of their unbeaten run in all competitions.

Tullow provide a form line as Malone drew 17-all with the Carlow outfit in the first round of the cup. Davitt’s squad lost out on the first-try rule, but they rounded off their league campaign with a 60-0 dismissal of City of Derry. Their attack was clinical again in their 27-7 AIL promotion play-off semi-final win over Westport, and two back-line changes tomorrow including the inclusion of ex-Ireland centre Davitt at out-half.

2017 Ulster Under-18 Player of the Year Neve Jones, Peita McAlister, Lauren Maginnes and second row Naomi McCord all stood out for the Belfast club in that game. Strong-carrying Kiwi number 8 Nicole Purdom, out-half Nicole Carroll, prop Julia Bauer and centre Catherine Martin have been key performers for Suttonians this season.

Forbes is hoping his ‘Tribe’ can continue to ‘rally together’ this weekend, building on their strong performance in the 47-11 semi-final success against Munster challengers Shannon. “The play-offs have been competitive and it’s great to play historic club teams like Shannon and now Malone,” said the former Leinster Women’s head coach.