Dan Leavy, who starred for both province and country during a very successful 2017/18 campaign, is set for a long spell on the sidelines after suffering a complex knee ligament injury ©INPHO/Dan Sheridan

The severity of Dan Leavy’s knee injury against Ulster was confirmed today with the news that he is ruled out of the rest of Leinster’s 2018/19 campaign and is also out of Ireland’s plans for the Rugby World Cup later this year in Japan.

The 24-year-old flanker suffered a ‘complex knee ligament injury’ during Leinster’s 21-18 Heineken Champions Cup quarter-final win over Ulster at the Aviva Stadium. He was treated on the pitch and stretchered off on the hour mark, just ten minutes after replacing Sean O’Brien in the hosts’ back row.

It cruelly completes a luckless season for Leavy who had previously been out since December with a calf problem, missing the entire Guinness Six Nations and only returning for Leinster against Edinburgh the week before the Ulster game.

Speaking to the media at Leinster HQ today, the province’s scrum coach John Fogarty said: “It’s such a huge blow for Dan. He’s been working hard to get himself back in a good position physically, and he just about had done that. To get this type of injury, it’s a huge loss to us here at Leinster and Ireland as well.

“He offers so much, gives the team a lot of confidence. On both sides of the ball he’s such a threat. It’s a massive loss and hopefully he can get through the next few weeks and make a plan to get himself back. All the medics and all the rest will make a good plan for him and he’ll make his way back.” 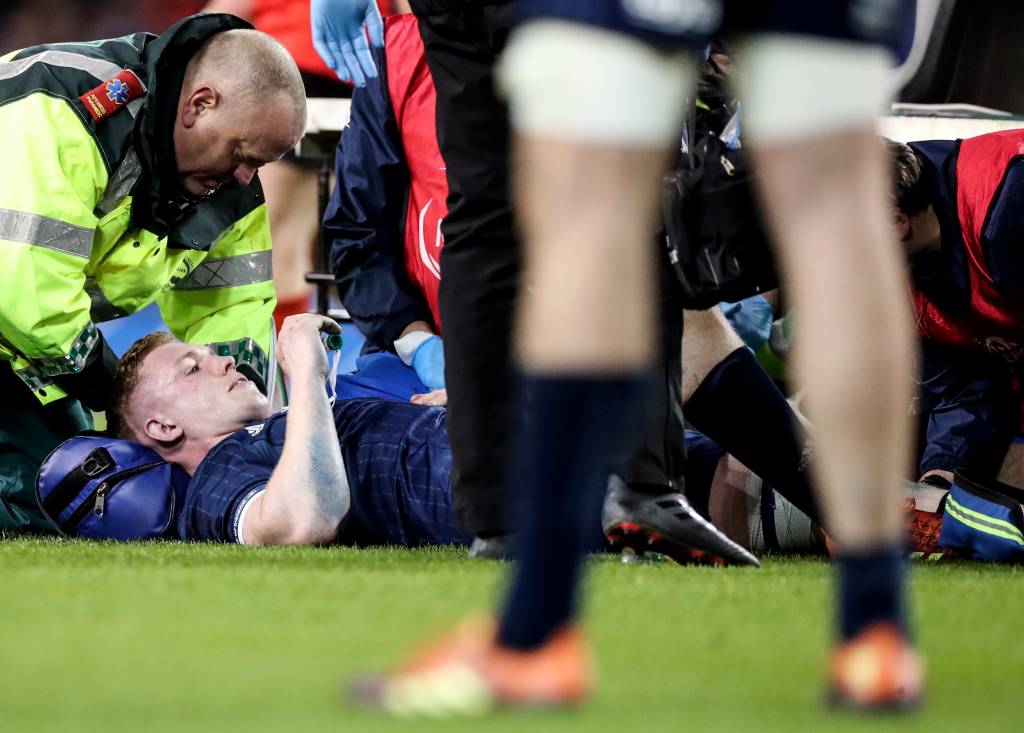 Posting on Instagram, Leavy said he was struggling to find the words to sum up his disappointment with the injury, writing: “(I’m devastated) to firstly miss the business end of the season with my Leinster brothers and our opportunity to pursue European and league titles. Secondly, to miss an opportunity to play in a World Cup in Japan is haunting my thoughts.

“All I have ever aimed for in my career is the opportunity to shine on the world stage for my country and do the nation and my family proud. I fully back the Ireland boys to make a little bit of history as they always do and (I) will watch on as their number 1 supporter.

“I have been blown away by the messages of support and encouragement I’ve received already. I am blessed to have the family and friends I do and thank everyone for their well wishes. Looking forward to starting the road to recovery soon…I will be back.”