Jamison Gibson-Park described it as an ‘incredible feeling’ to make his international debut for Ireland in Saturday’s 50-17 Guinness Six Nations victory over Italy at the Aviva Stadium.

On a day when his Leinster team-mates Will Connors, Hugo Keenan and Ed Byrne also won their first caps, the impish scrum half replaced Conor Murray during the closing 13 minutes of an encouraging seven-try success.

Gibson-Park held off some stiff competition to become the back-up option for the Limerick man on Ireland’s return to Championship duty and was thrilled to be given the opportunity.

“It was unbelievable really,” he admitted afterwards. “We’ve had a pretty awesome preparation. I was privileged really to be in the squad and be surrounded by the lads that are here. It’s been a crazy journey to this point but like I say, I feel very blessed to be here.

It was a pretty incredible feeling. It’s tough to sum up in words at the moment, I think. I’ll let it sink in a little bit more, but it was made even better by sharing the field with obviously the three other guys getting their first caps for Ireland who are also Leinster lads.

“An awesome feeling and one I’ll never forget. Very blessed.”

Throughout the elongated lead up to yesterday’s fourth round game, Ireland head coach Andy Farrell had expressed a desire for his charges to play heads-up rugby and adapt accordingly to the pictures they see in front of them.

Given he works under Stuart Lancaster at provincial level – Farrell’s former coaching partner with the England team – it is little surprise that Gibson-Park fully embraces the Wigan man’s stated philosophy. 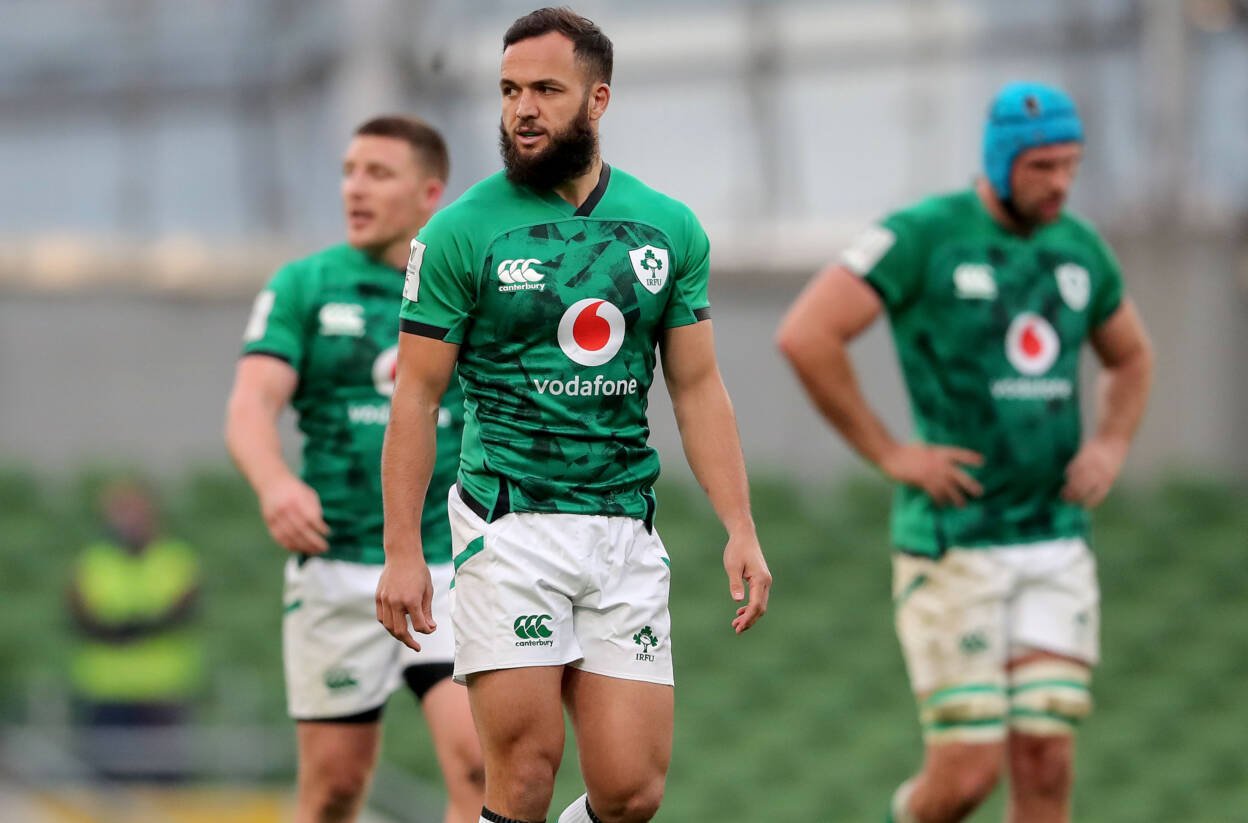 “Personally, I think that’s the way rugby should be played. Some awesome players in the squad and you want to see them do their thing ultimately. Like I say, the kind of footie I want to be playing, I think most of the lads are on the same page as well.

“We look forward to working more under Andy. You think about yourself as a player and the strengths that got you to this point. Stick to your guns and, like I said, do what you’re good at.

“That’s certainly what he’s trying to bring out in everyone and hopefully we’ll continue to see that over the next while. We’ve had a wicked preparation and Andy wants to see us be ourselves.

“I think we saw a little bit of that out there today and that’s certainly something that will continue to improve. Looking forward to getting stuck in again.”

Although he was qualified to represent Ireland since the end of last year’s Rugby World Cup, the New Zealand-born Gibson-Park has been forced to bide his time for a place in Farrell’s squad.

While he did appear at the IRFU’s High Performance Centre in Blanchardstown for a mid-season stock-take last December, he missed out on selection for the Six Nations games that took place in the spring. 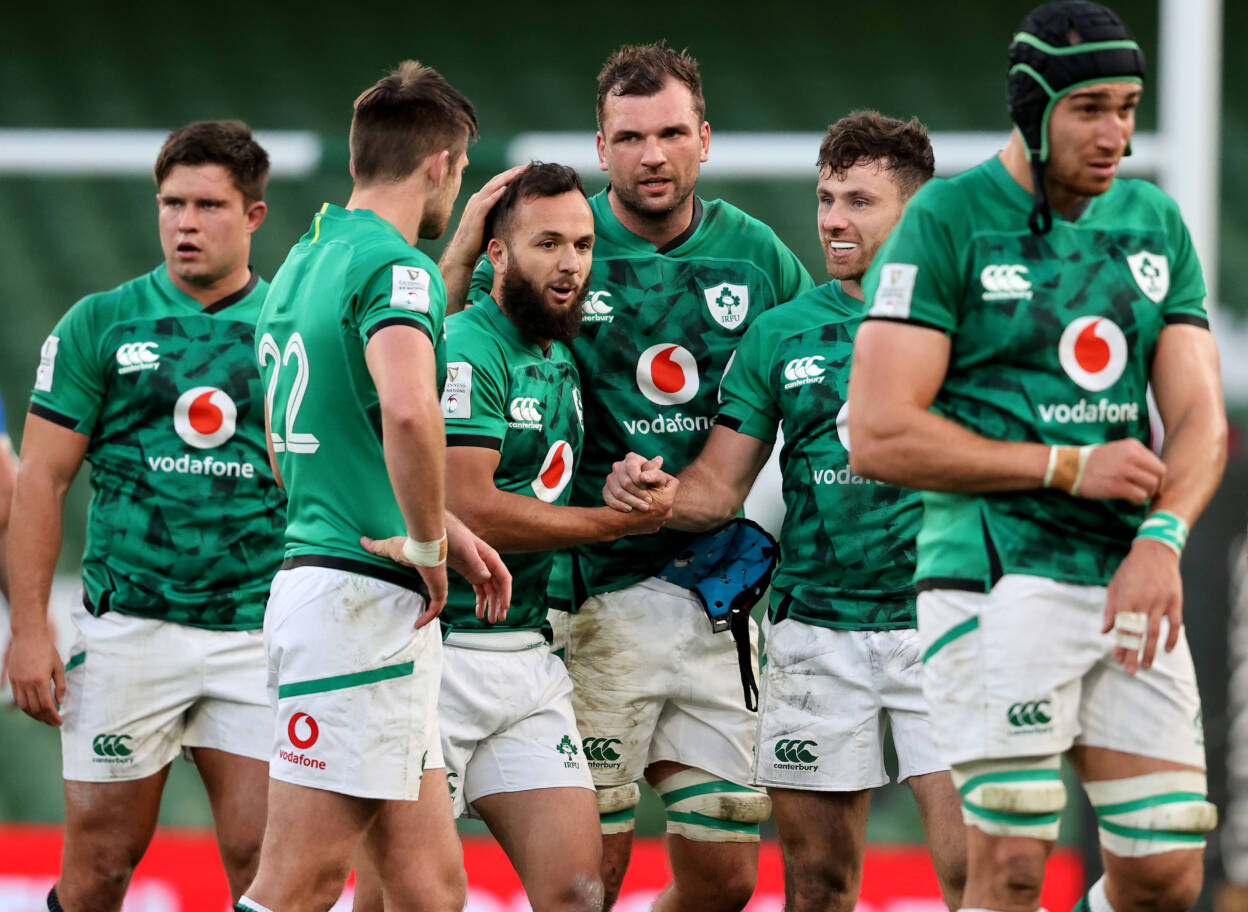 Before he could even think about ousting the likes of Murray, John Cooney or Kieran Marmion in the Ireland camp, he had to contend with the presence of Luke McGrath in his own province.

However, his impressive post-lockdown form was too good for Farrell and his coaches to ignore. He admits to having doubts as to whether an international opportunity was ever going to come his way, but at 28 years of age, he enters the Ireland fray as a mature and more rounded figure.

There’s been periods where I probably lacked a lot of self-confidence and you feel as though you’ll never get there. Everyone goes through those passages in their career.

“I’m obviously fortunate that I’m a little bit older now so I’ve kind of come to grips a little bit and you figure out what works for you. A little bit older, like I said, than most of the lads who are making their debuts today (Saturday). It definitely makes it a little sweeter.”

After an overwhelmingly positive introduction to the Six Nations, Gibson-Park is hoping to be involved in next weekend’s final round showdown with France in Paris. It may be a tough task for Ireland to claim a bonus point win away to les Bleus, but the former Hurricanes star firmly believes it can be done.

“You have to have that (confidence), to go over there and get the job done. It’s obviously an incredibly difficult place to go and win. We’ll be looking forward to having a good week of prep, getting stuck in and giving it a crack,” he added.