While this has been a summer pre-season schedule like no other, a return to group training has still brought an exciting window of opportunity for young players across the four provinces. Munster have welcomed four high-calibre players to their squad since the suspension of the season, but it has been the application and hard work of two home-grown players that has caught the attention of Head Coach Johann van Graan.

As the province map their way through the first block of training and plan for a return to competitive rugby next month, van Graan has been assessing all his playing resources at Munster’s High Performance Centre in Limerick, and Academy players Thomas Ahern and Jack Crowley have impressed in recent weeks.

Towering second row Ahern, who is entering Year Three of the Munster Academy, and out-half Crowley, who is among three players entering Year One for the 2020/21 season, have been training with the province’s senior squad, presenting them with the chance to continue their exciting development in small groups alongside the likes of Billy Holland, Peter O’Mahony and new Springbok pair RG Snyman and Damian De Allende.

Waterford native Ahern was a totemic presence in the engine room for the Ireland Under-20s as they won their opening three Six Nations games this season, while 20-year-old Crowley was outstanding in his role in the number 10 jersey, pulling the strings masterfully for Noel McNamara‘s side as he scored 38 points during the Championship.

The pair’s performances have clearly caused van Graan to sit up and take notice and speaking on a conference call with media this week, the Munster Head Coach said the Ireland Under-20 internationals could be pushing for senior team inclusion when the Guinness PRO14 campaign resumes on 22/23 August.

“It was great for them,” van Graan said.

“Last year, we incorporated the Academy in our training programme because we had the World Cup coming up. What’s different, I think, in these smaller groups is the one-on-one time. All of a sudden you have Tom Ahern next to our senior international players and seeing what their standards are like. 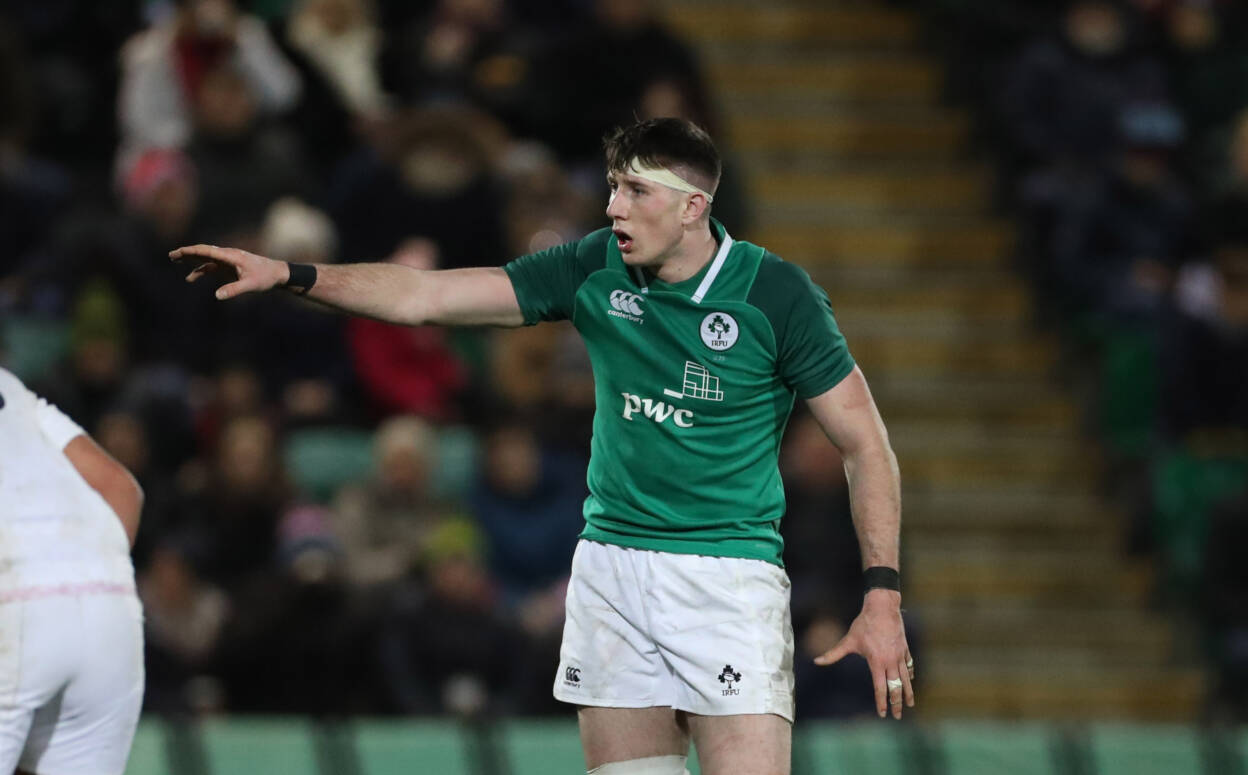 “I think that’s been brilliant. I’ve been really impressed with the Academy lads. You can see that everyone has worked hard, but the way the Academy lads have tried to stay with the pace. Somebody like Tom Ahern, unfortunately with the cards he’s been dealt he couldn’t finish that U20 Six Nations when he was in such great form.

“But all of a sudden now, he’s got to jump in a lineout with RG Snyman and he’s got Billy and Fineen [Wycherley] around him. There’s a good balance there.”

On the future of Cork Constitution’s Crowley, who was crowned Energia Men’s AIL Division 1A Rising Star last season, van Graan added: “I’ve been very impressed with Jack. He’s just got a certain feel about the way he operates. He’s a natural ball player and he just looks like a rugby player. Certain guys just look like rugby players and he’s going to be good.

“I think there’s going to be some really good competition between himself, Ben Healy and Jake Flannery to get into the 23 in the first couple of games.”